California’s new House district map could have significant impacts on battleground races in the Central Valley. Several vulnerable Republican congressional seats could tilt to the left, while new maps for the Legislature are likely to further solidify the Democratic stronghold in Sacramento.

“It's without question that they drew stronger lines for Democrats,” Joshua Walters, a political strategist with the Alliance of California’s Farmers and Ranchers, told Agri-Pulse. “But at the same time, when you look at something on paper, it looks one way. How voters come out and vote is a whole other thing.”

The alliance, which advocates on behalf of industry groups representing dairy, fresh fruit, citrus, pistachios, rice and pest control advisors, has been diving into the new redistricting landscape as the 2022 candidate roster begins to coalesce. Farm and business groups are clamoring to find more moderate candidates to support in hopes of gaining a leg up in an increasingly progressive capitol building.

While the new maps appear to empower Democratic voters at the geographic level, Walters stressed that voters in the Central Valley are not as partisan as urban areas and occasionally cross party lines to vote for a candidate who appeals to their interests. Lower turnout tends to hurt Democratic candidates as well, he added. That could impact the November elections, since it is not a presidential year and Gov. Gavin Newsom stands a strong chance of reelection on the heels of a resoundingly successful recall election.

“There's nothing particularly exciting to motivate voters,” said Walters, cautioning that could still change in the coming months.

A top priority for the alliance will be supporting Senator Melissa Hurtado of Sanger, who has been “a champion of agriculture” in the Legislature, especially in advancing for three years running Senate Bill 559 for funding canal fixes in the valley, despite roadblocks set up by urban lawmakers.

“We’ll get involved and figure out a way to make sure that she comes back to Sacramento to continue the work she's done to help our community and water,” he said. 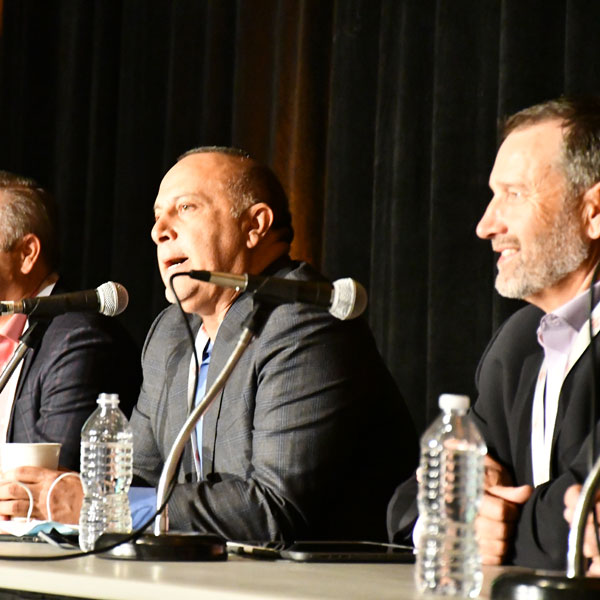 Under the new district lines, Hurtado will be vying for the same district as fellow moderate Democrat Sen. Anna Caballero of Salinas, who has also been a strong ally for agriculture.

Farm groups were also closely watching a battle shaping up between business-friendly Sen. Susan Rubio of Baldwin Park and labor ally Sen. Connie Leyva, since the new map was pitting the two Democratic incumbents against each other. Yet Leyva backed away from any inner-party conflict, announcing on Monday she will not seek reelection this year.

This coincided with another former union organizer announcing her retirement the same day, Asm. Lorena Gonzalez of San Diego. Under the redrawn legislative maps, Gonzalez would have had to move districts or run against Asm. Akilah Weber just to complete the final two years before terming out of office. Her announcement joins a wave of lawmakers either resigning, securing an appointment or choosing not to run for reelection, which totals 12 so far in the Assembly alone.

A flurry of new announcements for House races has been shaping up the battles ahead for new congressional districts, with a primary set for June 7. Rep. Jim Costa of Fresno put his name in the ring for the district recently vacated by GOP Rep. Devin Nunes of Tulare, who resigned from Congress to lead former President Donald Trump’s new social media company. The redrawn district incorporates more Democratic voters, which posed a liability to the conservative Nunes if he stayed in office.

Costa, a third-generation dairy farmer, pledged to ensure “our families, children and small business owners can thrive in a post-quarantine world and come back even stronger.”

Like Costa, Rep. Josh Harder, is a valley Democrat who sided with agriculture in opposing a new Delta water plan advanced by the Newsom and Biden administrations. Harder is seeking to move from his 10th district to the new 13th district, which is predominantly Latino.

Another seat on the cusp of changing parties has been that of Republican Rep. David Valadao, who reclaimed his seat in 2020 after Democrat TJ Cox took it for two years. While Cox has bowed out of yet another rematch, Asm. Rudy Salas of Bakersfield has stepped up to challenge Valadao.

Former state Assemblywoman Nicole Parra had been running against Valadao as well. But a window of opportunity opened up with the new state Senate district map. SD 16, which encompasses much of Bakersfield and half of Hurtado’s current district, has no incumbent. Parra will be competing with Democratic attorney Rob Fuentes for the seat.

Prior to the new map, Republican Sen. Shannon Grove was representing Bakersfield in SD 16. Grove announced last month her plan to instead run for the adjacent SD 12, which includes parts of fellow GOP Sen. Andreas Borgeas’ current district. Borgeas has yet to decide if he will run against Grove or follow through on his hints at running for Congress.

Along the Central Coast, Rep. Jimmy Panetta will be switching to a slightly more urban district, after the redistricting commission removed his current one. CD 19 divides Monterey County in half while adding parts of Santa Cruz County, San Jose City and San Luis Obispo County. The Salinas Valley was placed in CD 18.

Fearing the new maps would split up their agricultural communities and dilute their voices, the San Diego County Farm Bureau rallied members to get involved in the redistricting process and share their concerns. “Although some of the state maps are lacking, they would have been far worse if our Farm Bureau members had not submitted a significant amount of comments in support of San Diego County’s agricultural communities of interest,” the association wrote in an update to members on Monday.

According to Walters, farmers and ranchers across the state had less representation in the commission than in the previous round.

Adding to the disconnect, COVID-19 precautions meant meetings had to be held remotely. Walters felt this took away from the in-person camaraderie felt during the last commission.

The independent, nonpartisan commission was formed following the passage of the California Voting Rights Act in 2008. In the commission’s second round of redistricting this year, it prioritized the federal Voting Rights Act to determine boundaries for disenfranchised minority communities. This added three new congressional districts to the list of those with a majority of Latino voters—a list that encompasses nearly a third of all districts. About half of the 11 Republican representatives, meanwhile, have districts that are now bluer.

Republican political consultant Mike Madrid has seen the Republican stronghold weaken considerably over the last two decades. Speaking in a panel discussion for the Almond Conference last month, Madrid explained how GOP districts once formed the shape of a fishhook on the California map. The Central Valley was the spine, leading up to the northern end of the state and dropping into the Inland Empire. It would then hook into San Diego and Orange Counties, skipping Los Angeles but connecting in Ventura County.

“That is now completely gone,” he said, referring to voter turnout for the 2021 recall election. “The Republicans in the state have a ceiling and a floor statewide. There's a baseline with which they will not build below, but there is a ceiling with which it cannot break through.”

The hook into the southern counties is gone, consolidated into what he described as railroad tracks up the central part of the state. Like Walters, Madrid encouraged farmers not to focus too heavily on party lines, however.

“Agriculture as an industry has much more potential than most other industries in the state, because it has a history in the valley of working across party lines,” said Madrid. “There tends to be a better camaraderie between Republicans and Democrats that represent agricultural interests, who recognize that they're part and parcel of the health and safety of their communities.”

Madrid, who campaigned against Donald Trump in 2020 with the Lincoln Project, told Agri-Pulse the industry is facing the same dilemma as the Republican Party.

“Does the industry want to maintain its spot as ideological warriors or do they want to succeed and thrive in business?” he asked, adding that to maintain political survival, the industry must incorporate a more expansive view of candidates to support.