Farm equipment manufacturer John Deere has announced the creation of a fully autonomous tractor that it plans to make available to farmers later this year.

The announcement came Tuesday in Las Vegas at the Consumer Technology Association conference, known as CES.

"This isn't a concept machine. This isn't a demo," said Deanna Kovar, the company's vice president of production and precision ag production systems, at a press conference. "This is a working machine that will be available later this year to farmers and it then will transform their lives."

Kovar told reporters the tractor could help today's farmers solve three challenges: a shortage of skilled labor, the need to get tasks done promptly and doing their work consistently.

"With this autonomous tractor, we're giving back valuable time to farmers, so they spend it then getting other jobs done on time or with their loved ones," she said.

Through an app, producers will be able to follow their tractor's progress by watching live video taken by the tractor's cameras, which will monitor the vehicle for mechanical issues or anomalies in the tractor's path and display data and metrics on its progress. 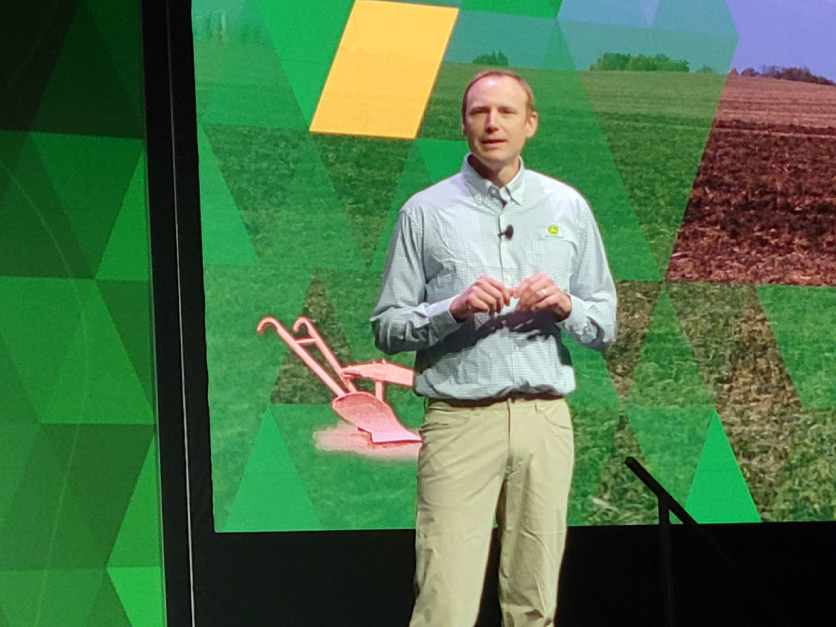 Jahmy Hindman, Chief Technology Officer for John Deere At the conference, John Deere officials did not discuss how much the new models were expected to cost.

According to Julian Sanchez, the director of emerging technology for John Deere, the vehicle can consistently operate for hours and days on end, stopping only for refueling every eight to 10 hours.

While capable of being fully autonomous after arriving in the field, farmers will need to transport it there and configure it for autonomous operation.

John Deere isn't the only company looking into autonomous equipment. Case IH, owned by CNH Industrial, revealed a driverless concept vehicle in 2016 and Raven Industries, which was acquired by CNH Industrial earlier this year, has created technology that can connect to existing tractors that are compatible and allows them to perform certain tasks without a driver.

However, John Deere's announcement is the latest indication that autonomous technology will soon be entering the hands of farmers.

"It is the very beginning of the transformation of agriculture that impacts all of us," Jahmy Hindman, John Deere's chief technology officer, said as he closed out the press conference.