The Biden administration is gearing up to use USDA’s Commodity Credit Corp. account to fund a major new effort to develop markets for climate-smart farm commodities. But Agriculture Secretary Tom Vilsack is promising that the use of the CCC will have no impact on the commodity program payments that USDA makes to farmers from the account every year.

Vilsack addressed the issue during his speech to the American Farm Bureau Federation on Monday and again at a news conference. When pressed by reporters about concerns that the administration’s climate plan could jeopardize farm program payments, Vilsack said, “I don’t see that risk.”

In his speech to AFBF, Vilsack said Farm Bureau President Zippy Duvall advised him before taking the stage to “make sure that folks understand and appreciate where the resources are coming from.”

“The resources from these demonstration pilots are going to come from the Commodity Credit Corp., but they’re not going to come at the expense of anything that we need to do to ensure performance and implementation of Title I (the farm bill commodity title). I want to be absolutely clear about this,” Vilsack said.

Why it matters: USDA can borrow a maximum of $30 billion to make payments from the CCC. The money is later reimbursed by Congress. The projects that USDA will be funding are designed to test ways to produce and market a range of low-carbon ag commodities. 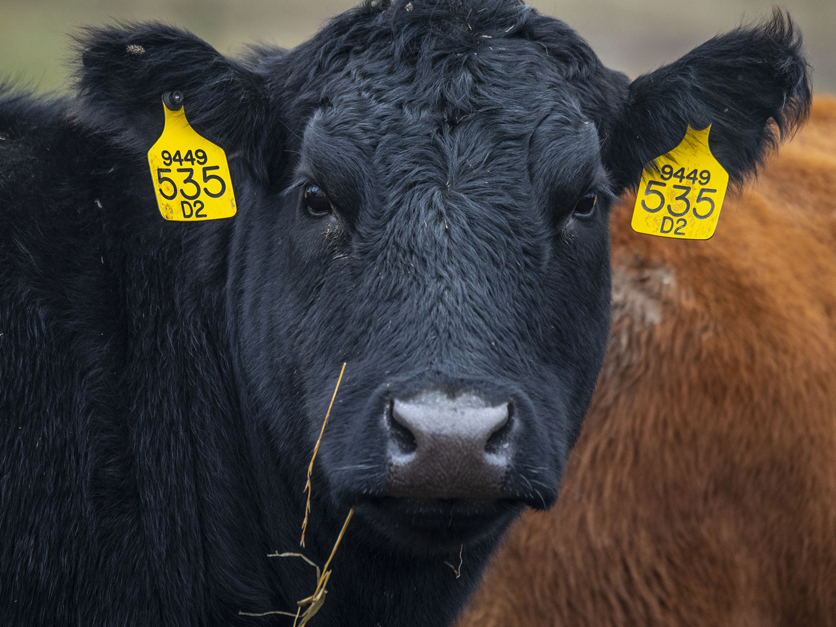 A leading livestock economist says a Senate proposal to increase cash trades in the cattle industry could cost feeders and packers about $50 per head.

The Senate bill would require mandated amounts of regional cash trade in the beef cattle industry, something the sponsors hope will lead to better price transparency and, in turn, give producers more leverage against the major packers.

But Colorado State University economist Stephen Koontz told AFBF members that increasing cash trade doesn't necessarily lead to more price discovery, noting changes in the marketplace that have taken place since 2016. “And by the way, price discovery does not mean better prices, it means getting to the right price faster,” he said.

Koontz, who has provided an analysis of the Senate bill to the Ag Committee’s GOP staff, found that alternative marketing agreements – which are currently used by many packers to acquire cattle rather than cash trade – are worth about $50 per head in efficiencies to feeders and packers, a margin any bill to reform the sector would need to make up.

“The underlying story is that mandating cash trade is not going to get you better price discovery, and I have the science to back that up,” he said.

Looking ahead: In Atlanta today, this will be one of the issues debated as AFBF members consider policy resolutions.

A leading ethanol industry group, Growth Energy, says it will keep working to gain approval for year-round use of E15, following the Supreme Court’s announcement Monday that it had denied a petition from the biofuels group. Legislation has been introduced in the Senate to allow year-round use.

The high court rejected a petition Monday seeking review of a federal appeals court decision that found EPA did not have authority under the Clean Air Act to allow use of the fuel.

“The Clean Air Act provides ample authority for EPA to pave the way for the expansion of E15 nationwide and year-round and increase access to cleaner fuel for all Americans,” said Growth Energy CEO Emily Skor. “Growth Energy will continue to explore all potential avenues to make unfettered access to E15 a reality.”

More from SCOTUS: The court delayed decisions on two petitions being watched carefully by the ag community: one filed by the National Pork Producers Council and American Farm Bureau Federation challenging California’s Proposition 12 animal housing law, the other by Idaho landowners who want the court to take another look at the scope of federal wetland regulations.

Both petitions will be considered at a conference on Friday, with the decisions likely to be announced next week.

The U.S. International Trade Commission will meet next week to begin reviewing complaints that Brazilian and South African companies are shipping millions of dollars’ worth of lemon juice to U.S. buyers at below-market prices.

The hearing – scheduled for Jan. 20 – is a result of allegations by the California juice company Ventura Coastal, which says it can’t compete with the rising quantities of imports from the two countries that are entering at artificially low prices.

The hearing is only part of the initial investigation process. Final decisions from the ITC on potential anti-dumping and countervailing duties aren’t expected for months.

Farmers in the major growing states of Mato Grosso and Paraná are in the field and harvesting the first of Brazil’s soybean crop this year, which is forecast to be smaller than previously expected because of drought conditions.

Brazil, as of Thursday last week, had harvested 0.2% of this year’s soybeans, according to the consulting firm AgRural. It’s not much, but the harvest had not yet begun at this time last year.

He said it. “We know that it has to be voluntary, and it has to be incentive-based. It can’t be regulated.” - Ag Secretary Tom Vilsack on the department’s plan to fund projects aimed at developing markets for climate-smart farm commodities.