Environmental groups are pushing the State Water Resources Control Board to increase freshwater flows to the Sacramento–San Joaquin Delta by trimming users with senior rights.

For the second consecutive year, the board plans to approve a temporary urgency change petition (TUCP) for the Delta, which is set to take effect in February and aims to preserve critical supplies for human health and safety needs, along with other, minimal uses. The drought has decimated fish populations while exacerbating toxic algae blooms in the watershed — a social injustice to disadvantaged communities due to the air quality impacts, according to several environmental organizations. Yet farm groups are asking where the extra water would come from, since allocations have already been “cut to the bone.”

The TUCP would allow the Department of Water Resources (DWR) and the U.S. Bureau of Reclamation to override contractual obligations for supplying water through the State Water Project and the Central Valley Project. According to board staff, the 2021 TUCP led to nearly 300,000 acre-feet of additional water conservation. They cautioned, however, that the board approved last year’s TUCP in mid-summer, and this year the regulation would last from February to April, a period of traditionally less snowpack runoff into the water system.

The goal is to preserve more water for winter-run fish migrations by preventing water diversions earlier in the year. Farmers last year took advantage of an early spring and adequate flows to plant earlier in the season, though subsequent curtailments led to many of those crops going unharvested. 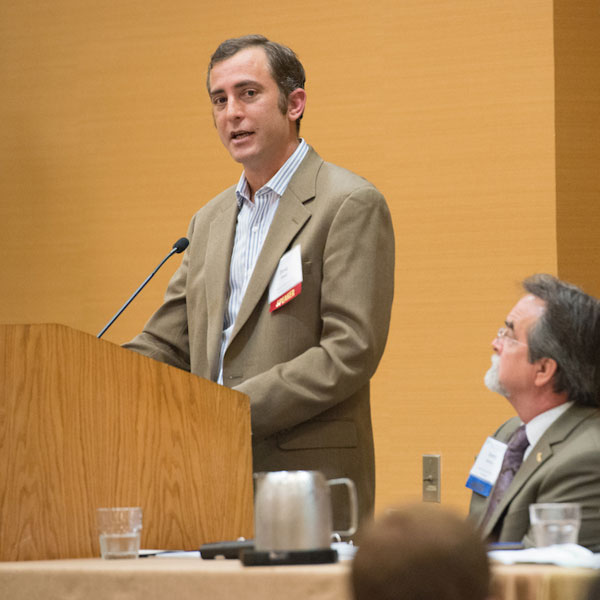 Board researchers also delivered an autopsy of the missing water from last spring, when nearly a million acre-feet of runoff failed to materialize in reservoirs. They pointed out that wildfires in the last two years have destroyed a number of precipitation sensors in the mountains, and a lack of sensors at higher elevations hid the fact that snow was accumulating at lower elevations when the high passes were largely bare. They also feared a deluge of December storms was not enough to replenish the deeper layers of soil, where the ground remains parched after two dry winters and could act as a sponge absorbing spring runoff.

Storage levels going into 2022, they added, were lower than the same time last year, though the state is in a much better position with the snowpack.

The regulatory pathway of a TUCP, in combination with several emergency curtailment regulations from the board, has allowed the state and federal agencies to quickly respond to the deepening drought conditions without having to navigate a long and arduous regulatory or legislative process to change the state’s water rights system. But environmental groups see long-term ramifications in routinely deploying the blunt TUCP tool each year of a drought.

“DWR and Reclamation will continue to seek to violate environmental protections year after year to the detriment of Bay-Delta fish and wildlife and all of the jobs and communities it supports, unless and until the board is willing to put a stop to this exploitative process,” said Rachel Zwillinger, a water policy advisor for Defenders of Wildlife, during a board workshop on the TUCP last week.

Zwillinger’s group and several others are calling for the board to reject the TUCP entirely and draft a new regulation that would eliminate nearly all water allocations, deliveries and diversions for all contractors — including the settlement contractors for the San Joaquin tributaries, which hold some of the state’s oldest water rights. Their approach would preserve enough only for human needs and wildlife refuges. Doug Obegi, an attorney for the Natural Resources Defense Council, argued that if the board approves the current TUCP, it should address this in the draft regulation and also drop the minimum pumping rate for the two massive intakes for the Delta pumps, which could protect fish but reduce agricultural water deliveries.

Obegi argued the board should have prepared earlier last year for protecting juvenile winter-run Chinook salmon from lethally warm temperatures. Only 25% of the eggs survived and about 2% of the surviving fry made the journey to the sea.

Yet Thad Bettner, who manages the Glenn Colusa Irrigation District, argued the TUCP report prepared by board staff focused too heavily on the grim news surrounding the status of the species.

“We would have liked to see some more positive comments in terms of how the species are doing in the report,” said Bettner. “We've seen improvements in the number of adults returning as well as migrating out of the system.”

He pushed back on Obegi’s interpretation of data from the National Marine Fisheries Service, saying researchers counted the number of returning adults at about 18%, rather than 2%, and egg survival “was about as good as we'd expect” based on the number of adults.

Obegi was also not hopeful about the interim operations plan (IOP) the Biden and Newsom administrations have agreed to in a court settlement while federal agencies rework Trump-era biological opinions. The IOP would work in conjunction with the TUCP.

“Under the [IOP], we would see temperature-dependent mortality ranging from 34 to 73% if 2022 is dry or critically dry,” he said. “The [IOP] is inadequate to meet the requirements of the federal and state endangered species acts, let alone the board's legal obligations.”

Barbara Barrigan-Parrilla, executive director of Restore the Delta, was disappointed with the board’s pace and pushed for immediate approval of the full 2018 Bay-Delta Plan, rather than pursuing voluntary agreements with irrigation districts and construction of a trans-Delta tunnel.

“Delta smelt extinction is already on our doorstep,” she said. “How much funding the Department of Water Resources has spent on failed voluntary agreements and tunnel planning really reveals a failed planning vision for California water management.”

Barrigan-Parrilla and several other advocates from the group described the TUCP as “completely inadequate” for preventing harmful algal blooms and called for more freshwater flows into the Delta to flush out the blooms.

Following the many concerns levied by environmental advocates, Justin Fredrickson, an environmental policy analyst for the California Farm Bureau, worried the arguments against diversions as well as consideration of a TUCP so early in the year were “a little bit premature.” He acknowledged Farm Bureau members stand on all sides of the TUCP issue and sought a more moderate approach in his comments.

“There seems to be this misconception that farmers are getting tons of water at the expense of the fish, the environment, the [environmental justice] communities and everybody else,” said Fredrickson. “The fact is that it would be hard to cut it any lower than it already was last year.”

He pointed out that DWR has already ruled out any allocations for south-of-Delta contractors, and many farmers are relying on groundwater to get through the drought.

“The farms are what provide us our food supply,” he said. “It's not really a luxury. It's not something we can toggle on and off, or that we can just act as if it's not an essential and extremely important thing to our society as a whole.”

He said deliveries have already been nearly at zero, and cutting them any lower would actually break the pumps. He asked if this “draconian” measure would even make much of a difference for the overall water supply and whether at this point any tactic could actually preserve enough of a cool water pool for the salmon during the heat of summer and under such dry conditions.

The IOP, which is tied up in litigation and “still up in the air,” is a matter for the court to decide, not the board, he added. But he lambasted the plan for not approving water deliveries to agriculture until April or May, after the board approves a temperature management plan — “which for farmers doesn't work too well.”

“That would mean no irrigation season,” said Fredrickson. “You have to plan what your season is going to look like, get your crops planted and know what you are going to have to get through the rest of the summer.”

Following the input from stakeholders in the workshop, staff plan to update the board on a potentially revised TUCP proposal during its Jan. 18 meeting.