FSA chief: Put that CRP acreage to use

The Agriculture Department is shifting the way it promotes the Conservation Reserve Program, placing greater emphasis on allowing farmers to use enrolled land for haying and grazing, according to recent comments by Farm Service Agency Administrator Zach Ducheneaux.

At FSA, "We're really trying to message that all of this land is working lands conservation,” Ducheneaux told members of the House Agriculture Committee at a hearing on conservation programs last Wednesday.

The term “working lands,” used to describe programs that operate on lands still in production, is not one that has typically been associated with CRP in the past. Producers enrolled in CRP are required to remove their land from crop production, though they can still hay or graze the land during time periods specified by FSA.

However, with the USDA opening up CRP land to more emergency haying and grazing in recent years, Ducheneaux’s comment may mean the agency is looking to give producers more access to the land, instead of setting it aside completely.

Producers who enroll in the CRP program sign a contract agreeing to remove their land from agricultural production and plant grasses or trees on it instead. In return, FSA pays annual rental payments based on data from the National Agricultural Statistics Service and the productivity of each county's soils.

Producers enrolled in the program are allowed to hay and graze their land, but only outside of primary nesting season dates and in counties approved by the USDA. The agency may also approve grazing or haying of CRP lands during periods of drought or other emergencies.

Ducheneaux said during the hearing that the agency is looking at encouraging producers in upcoming years to stockpile hay cut from CRP land.

Additionally, the 2014 farm bill expanded the CRP program to allow producers to enroll grassland. These grasslands and rangelands, which would normally be used for haying or grazing, did not fit the previous criteria that would require producers to convert cropland to CRP.

These changes, according to Aviva Glaser with the National Wildlife Federation, have increasingly turned CRP into more than just a set-aside program.

“I feel like referring to CRP still as a land retirement or set-aside program is — it's just not accurate,” said Glaser, NWF's senior director of agriculture, told Agri-Pulse. “It really has been moving more and more in the direction of a working lands program.”

Jim Inglis, the director of governmental affairs for Pheasants Forever, said the organization has always viewed CRP as a working lands program.

“It's not just sitting there doing nothing. It's providing benefits,” he said.

Inglis said Pheasants Forever does have some concerns about haying during nesting dates, noting that there could be some impacts on bird populations if they were to be moved. However, he said the group was willing to discuss and work on the deadlines with legislators and producers during the next farm bill.

Producers who do graze or hay enrolled acres within the primary nesting season without emergency authorization are subject to a 25% reduction in their rental payment. Chad Hart, an economist at Iowa State University, said it could make sense for a producer to cut early, but it would depend on the farmer’s CRP contract and the yield they would get from that cutting.

Based on the national average rental rate of $80.47 per acre from last December, Hart said the 25% reduction would pencil out to a $20-per-acre loss.

However, it also varies based on the state. In Iowa, the average CRP rental rate is $233.71 per acre; a 25% cut would result in a payment of about $175/acre. Hart said to break even, a farmer would need to capture more than a half-ton of hay per acre.

In Kansas, however, the average rental rate is $42.91 per acre, which means producers would only need to make $10.71 to cover the reduction.

Wes Jensen, a rancher from Circle, Montana, said he has concerns about the CRP program not allowing producers to hay or graze on enrolled land until after the specified nesting season dates or during a period of emergency.

Jensen said many producers in his region struggled with the effects of the drought compounded by devastation of grasshopper swarms on their grasses last summer. He said producers dealing with drought often need the extra grass long before the USDA opens the haying and grazing deadlines, even in emergencies.

“It's hard in this country to sit and watch grass grow on the other side of the fence while you don't have any on your side,” he said. “And it's really hard if you own it, but you can't get in there.” 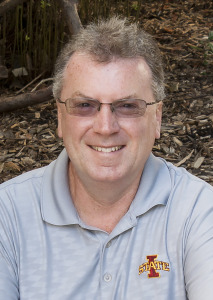 Jensen also said he believes the program has had a negative impact on his community by incentivizing aging or absentee landowners to put their cropland into the program, rather than selling it to younger producers looking to build their own farming operations.

“The money just keeps coming in and there was no reason for them to sell it to younger people and keep the community alive,” Jensen said. “So we saw at least a generation and a half leave. There's no incentive to stick around and wait for land.”

Rep. Dusty Johnson, R-S.D., asked Ducheneaux at the hearing about the impact CRP incentive payments can have on younger producers looking to get into farming.

Ducheneaux said that only 25% of the eligible land in each county can be enrolled in the program. He also noted that FSA has a transition incentives program that pays landowners two additional annual rental payments on their enrolled land if they sell it to a beginning farmer or rancher or a socially disadvantaged group, though he said it “really never gained any traction.”

“We're looking at how we can improve that program to make that connection with that next generation,” he said.