Congressional negotiators say they’ve reached a deal on fiscal 2022 spending that could pave the way for passing an omnibus bill next month.

The Senate will vote next week on a House-passed stopgap spending bill that would keep the government funded through March 11. A continuing resolution that has kept the government operating since December at FY21 spending levels is set to expire a week from Friday. 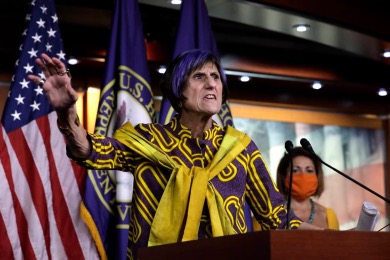 The U.S. needs to get China to fulfill its promises under the “phase one” trade pact, but it’s still unclear how that’s going to happen if Beijing doesn’t acquiesce during talks going on now. That’s the assessment of U.S. Chamber of Commerce Executive Vice President Myron Brilliant.

Talking to reporters Wednesday, Brilliant noted the Biden administration is weighing “a range of options” with China. The Chamber supports the U.S. joining with Japan and Europe in a multilateral approach to swaying China. Brilliant says more tariffs would only increase the damage that existing tariffs are doing to U.S. companies that deal with China.

As to the Section 301 tariffs the U.S. already has in place – a remnant of the Trump administration – they won’t likely come down unless China makes good on its promises under “phase one.”

USDA is out with yet another report showing that Chinese buyers are purchasing U.S. soybeans for delivery in the 2022-23 marketing year, which doesn’t begin until Sept. 1.

The latest USDA report, released Wednesday, shows China purchasing 240,000 metric tons of 2022-23 U.S. soybeans and it follows close on the heels of a Tuesday report that China purchased 132,000 tons for the same marketing year. The Tuesday report also included a sale of new crop U.S. soybeans to “unknown destinations,” which often turns out to be for Chinese buyers.

Export sales of U.S. soybeans for 2022-23 delivery to China as well as “unknown destinations” total 1.9 million tons so far in this calendar year, says Mac Marshall, vice president of market intelligence at the United Soybean Board and U.S. Soybean Export Council.

“Certainly, having that volume is exciting and I think it speaks to the appetite for U.S. soy that continues to be there, particularly in the light of the lower production out of South America,” he said.

By the way: USDA on Wednesday cut its forecast for Brazilian soybean production by 5 million tons. USDA also raised the estimated farm-gate price for last fall’s soybean crop to $13 a bushel, up from $10.80 for the 2020 harvest.

2021 was a good year for US pork exports

U.S. pork exports had a strong year in 2021 and even set a new record for the value of trade despite falling demand from China, according to the U.S. Meat Export Federation. Export volume in 2021 dropped 2% from the record shipments in 2020, but the value of those exports reached $8.11 billion, and that’s a new yearly high.

"Entering last year, we knew it would be a daunting task to match the record level of pork exports reached in 2020 because of the recovery in China's swine herd and its rising domestic pork production," said USMEF President and CEO Dan Halstrom.

"But the U.S. is less dependent on China than other major pork exporters, and this is definitely reflected in the 2021 results. Even with shipments to China falling nearly 30%, total U.S. exports posted a very strong performance thanks to outstanding growth in Latin America and other key markets."

U.S. pork exports to Mexico, Central America, the Dominican Republic, Colombia and the Philippines all set new records in 2021, according to USMEF. 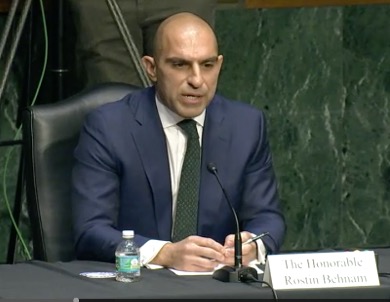 The chairman of the Commodity Futures Trading Commission is assuring the Senate Agriculture Committee that giving the agency more oversight of cryptocurrency and other digital assets won’t lead to increased regulation of ag and energy markets.

Rostin Behnam told the committee’s top Republican, John Boozman of Arkansas, on Wednesday the increased regulatory authority the agency is seeking could be “surgically limited to just digital assets and no other commodities.”

There’s some bipartisan agreement on Capitol Hill that digital assets need more federal oversight. Boozman expressed confidence CFTC “can rise to the challenge to be the right fit for an expanded role in digital asset spot markets.” Committee Chairwoman Debbie Stabenow said lawmakers must work with the administration on a new regulatory framework.

The World Dog Alliance, following up on South Korean President Moon Jae-in’s suggestion last year that the country consider a ban on eating dogs, funded a poll that shows significant support for such a law.

The poll, conducted by the South Korean research company Embrain Public, shows about 61% of respondents would support a national ban on eating man’s best friend. About 20% rejected the ban, while about 18% were noncommittal.

She said it. “Happy to offer an invitation. Sen. Boozman and I will work on that.” – Senate Ag Chairwoman Debbie Stabenow, D-Mich., when Sen. Roger Marshall, R-Kan., asked her to invite Ag Secretary Tom Vilsack to testify before the committee. Vilsack appeared before the House Ag Committee last month.