A crop insurance policy that was supposed to ensure cotton growers could make do without traditional commodity programs never fulfilled its promise after hitting the market in 2015. But amid sky-high market prices and input costs this year, the product has suddenly become an attractive way for growers to protect their revenue.

Experts say the cotton policy, known as the Stacked Income Protection Plan, or STAX, points to ways that insurance products for other commodities could be modified to help producers manage their risk in times of high prices and production costs.

STAX, and similar policies available for other crops, including the Supplemental Coverage Option, are designed to enable farmers to lower their deductibles and insure against “shallow” losses not covered by their underlying Revenue Protection policies.

With STAX, the most lucrative of the two products, farmers can ensure up to 90% of their county’s expected revenue, with the government picking up 80% of the premium. SCO covers up to 86% of revenue with a 65% federal subsidy.

What makes STAX so attractive this year is the prices for cotton and fertilizer. Cotton prices are running at more than $1.20 per pound, about 30 cents over the average closing price last year and nearly double the average prices in 2019 and 2020. And with prices that high, there’s relatively little chance of growers getting payments under the farm bill’s Price Loss Coverage program.

“On our operation, there's not even a choice, we’ll pay the premium for that revenue protection,” Shawn Holladay, who farms near Lamesa, Texas, says of his decision to buy STAX this year.

An example provided to growers attending the National Cotton Council’s annual meeting in Houston last weekend illustrated the potential payoff: Farmers who insure their cotton crop at $1 a pound and expect to yield 900 bushels an acre would pay a premium for STAX of $17 per acre. But if the price were to drop to 80 cents a bushel at harvest, and if the yield were to drop by just 5%, the farmers could qualify for a net indemnity of $134 per acre.

SCO also is available for cotton, but the potential net indemnity would be lower at $90 an acre in the NCC example. 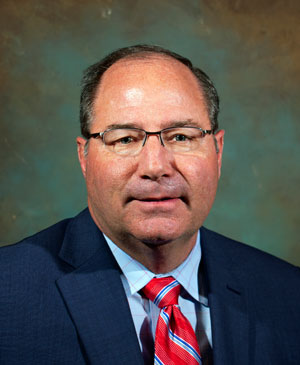 Kent Fountain, NCCKent Fountain, a Georgia ginner who also grows cotton and peanuts himself, says he’s encouraging farmers in his area to consider the policy.

“This year it really makes a lot of sense because of the amount of input risk, cost, you have,” said Fountain, NCC's immediate past chairman. “Any little hiccup and it would be a way to mitigate some of that risk. I think you’re going to see a large subscription to STAX this year.”

Travis Mires, who farms near O’Donnell, Texas, also is seriously considering buying STAX this year, given the price of cotton and how dry it’s been this winter in the region.

“We’ve just got to have some kind of coverage, and if STAX triggers it would be a really good, really nice payment," he said.

STAX’s favorable terms have roots in Brazil’s successful trade challenge to U.S. cotton subsidies. Congress authorized STAX in the 2014 farm bill after cotton growers agreed to give up their conventional commodity program subsidies in an effort to satisfy Brazil, which won the right at the World Trade Organization to retaliate against U.S. exports.

Even with the heavy subsidy, however, many cotton growers say STAX turned out to be too expensive for the coverage it provided. In 2018, they convinced Congress to make them eligible once again for commodity programs while leaving authority for STAX in place with one catch: Farmers who buy STAX policies can’t have the same base acres enrolled in the farm bill’s Price Loss Coverage program, which triggers payments when market prices fall below the reference price for a commodity, or the Agriculture Risk Coverage program.

The price of this year’s cotton crop would have to plunge to about 70 cents a pound for farmers to get a payment from the PLC program, by far the most popular commodity program with cotton growers.

Bart Fischer, a Texas A&M University economist who was on the staff of the House Agriculture Committee when STAX was authorized, says products like STAX and SCO fill in a gap in farm programs.

Commodity programs such as PLC are countercyclical in that they are designed to protect farm income when “prices are really bad,” he said. They do little to help farmers manage risk in periods when prices and production costs are high.

Supplemental policies such as STAX that trigger based on county-wide revenue losses provide farmers “a tool when prices are robust and all the other support is turned off," Fischer said. 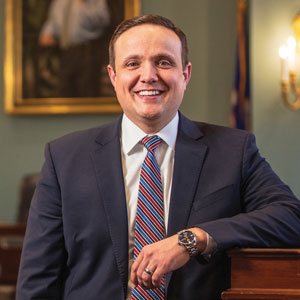 Supplemental policies are "even more important this year because margins are so thin with input prices. ... It makes managing that deductible even more important than it might in other years," he said. And heading into writing the next farm bill, there's interest in bringing SCO more in line with STAX when it comes to factors such as the subsidy level, he said. (Doing so, however, would likely require the House and Senate Ag committees to find money to pay for the enhancements.)

SCO has one notable advantage over STAX in that the amount of revenue that is covered by the SCO policy, or liability, is calculated based on the farmers' actual production history (APH), said Fischer. That can be an advantage to farmers who typically get better yields than their county average.

Corn and soybean growers are in a similar situation when it comes to having more revenue at risk this year. And in a recent analysis, economists at the University of Illinois and The Ohio State University suggested growers consider buying SCO or another supplemental policy, the Enhanced Coverage Option (ECO). Neither PLC nor ARC are likely to trigger payments this year, the analysis said.

"SCO and ECO are based on county yields, which leaves the risk that the county has a good yield while the farm does not. … Furthermore, the premiums of the supplemental policies should be compared to expected net returns given that yields and prices are near projected levels. Often, premiums on supplemental policies will significantly reduce expected profits,” the economists wrote.

The PLC reference prices for corn and soybeans are $3.70 and $8.40 a bushel respectively; March corn futures were trading at just under $6.40 on Tuesday, while March soybean futures were over $15.60.