Congressional negotiators now have until March 11 to agree on a massive bill to fund the government for a fiscal year that started nearly five months ago. The Senate on Thursday evening cleared a continuing resolution that averts a government shutdown and keeps the government funded at fiscal 2021 levels for three more weeks.

Republicans forced Democrats to vote down several proposed amendments to the CR, including one that would have cut off funding for federal vaccine mandates. That amendment narrowly failed, 46-47.

USDA Foreign Agricultural Service Administrator Daniel Whitley got on the phone with reporters Thursday to talk about the trade mission he’s leading to Dubai this week and promised that the agency is already planning several more around the globe to help market U.S. farm goods.

Whitley said the next destinations will be revealed as early as next week. But he did stress that it makes sense to target places with strong growth potential for ag exports, such as Southeast Asia or Africa.

Take note: The Trump administration started negotiations for free trade agreements with the UK and Kenya. The Biden administration has not yet sought to rekindle those talks, but Whitley offered a hint of optimism that pacts may still be viable with those countries.

“Obviously, we’ve got two sort-of trade agreements that are hanging in the balance – the UK and Kenya that the administration is going to have to make a decision on at some point,” he said. “I can see interest in American ag companies in wanting to go there.”

US soy trade with China staying strong in February

The Brazilian soybean crop is more than a quarter harvested, but the U.S. is still selling a lot of old crop to China, according to the latest weekly USDA trade data for Feb. 4-10. U.S. sellers contracted during the week to send 224,500 metric tons of soybeans to China for the 2021-22 marketing year. USDA also noted export sales of 371,700 tons to “unknown destinations,” which often turns out to be China.

The U.S. shipped 575,700 tons of soybeans to China during the seven-week period. That makes China again the biggest destination for U.S. soy.

But the U.S. is also racking up sales to China of new crop soybeans for delivery in the 2022-23 marketing year that doesn't begin until Sept. 1. Chinese buyers contracted purchases of 876,000 tons and 530,000 tons were booked for “unknown destinations.” Egypt, Mexico and Taiwan also contracted for 2022-23 soybeans.

The biotech industry is calling on the White House to allow the release of FDA draft guidance for regulating products made using animal biotechnology.

Publication of the guidance “would give all stakeholders an ability to review, analyze, and comment on changes FDA has proposed to its process for animal biotechnology based on stakeholder feedback to date,” the Biotechnology Industry Organization says in a letter to the Office of Management and Budget.

USDA is considering a plan that would split authority for animal biotechnology between FDA and USDA, but the BIO letter says that proposed framework “would give rise to certain challenges, not the least of which relates (to) a lack of clarity regarding support for the USDA framework by FDA.”

The plant, which is being used in Mexico, improves standability, allowing the corn to better withstand windy conditions, and includes better green snap and stalk lodging tolerance, the company said Thursday in a review of its R&D pipeline.

The corn (shown above in Bayer photo), which is about one-third shorter than standard-height hybrids, also has a deeper root system, helping tolerate drier conditions and potentially sequestering more carbon. About 150 farmers in the U.S. will test the product out next season.

In addition: Bayer said new versions of its Bollgard cotton and Intact soybeans are in development, and said farmers are using its Climate FieldView data platform across 180 million acres in 23 countries, contributing to the “the largest database of grower and field trial seed performance data in the industry.” 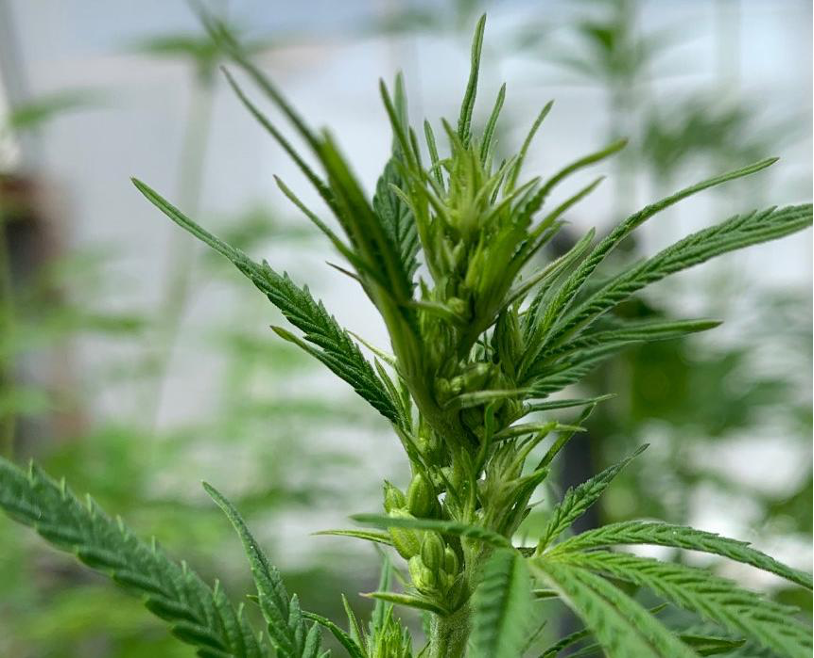 By the numbers: 54,152. The industrial hemp acreage that farmers planted in 2021, according to USDA’s first-ever survey of the crop.

The National Agricultural Statistics Services report could help the industry in its effort to raise the amount of THC allowed in industrial hemp, which is currently 0.3%. Only 33,500 acres of hemp were actually harvested last year, and that was partly because so-called “hot” plants exceeding the THC limit had to be destroyed, says NASS crops branch chief Lance Honig.

Rep. Chellie Pingree, D-Maine, introduced a bill earlier this month to raise the THC limit to 1%.

He said it. “The enthusiasm we’ve seen here … has shown that there’s a lot of pent-up demand for American agriculture.” - Foreign Agricultural Service Administrator Daniel Whitley from Dubai.