The Supreme Court is considering a case that could restrict EPA’s authority not just to reduce greenhouse gas emissions from coal-fired power plants, but to implement other regulations without explicit congressional authorization.

The justices gave few clues during oral arguments on Monday about which way their ruling will go. “No one has any idea what the court’s opinion is going to be,” Keith Matthews, who is “of counsel” at blue-chip law firm Wiley in Washington, D.C., and a former attorney at EPA, said on an Environmental Law Institute webinar Tuesday.

Before the arguments, conservation groups warned that the Supreme Court was looking for a way to hamstring EPA’s power to apply mandates broadly across the economy, possibly by use of the “major questions doctrine.”

But at the arguments Monday, even the justices seemed unsure what that doctrine means, and the chief lawyer for one of the petitioners, the state of West Virginia, said the court did not need to rely on it to rule in its favor. The text of the Clean Air Act is sufficient to show that EPA went too far, she said.

The parties in the case do not even agree whether a legal dispute exists.

West Virginia, North Dakota and more than a dozen other states — as well as coal companies — are seeking reversal of an appellate court decision that they contend revived the Obama administration’s Clean Power Plan requiring fossil fuel-powered plants to reduce GHGs using the “best system of emission reduction.”

They say EPA has misinterpreted the Clean Air Act by extending regulatory control beyond individual plants to the power sector as a whole, which was not explicitly authorized by Congress in the CAA.

“The D.C. Circuit gave EPA [the] power to reshape the nation's energy sector, or most any other industry for that matter, by choosing which sources should exist at all and setting standards to make it happen,” West Virginia Solicitor General Lindsay See told the justices. 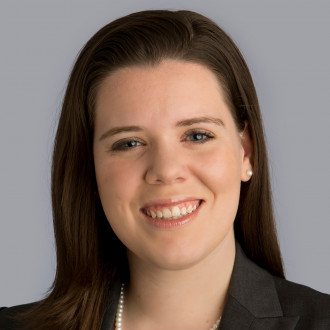 The government, joined by power companies and environmental and public health groups, argued that the CPP, which never went into effect because of a Supreme Court stay, had not been reinstated by the D.C. Circuit.

U.S. Solicitor General Elizabeth Prelogar said the D.C. Circuit's judgment “leaves no EPA rule in effect.” The appeals court last year struck down the Trump administration’s replacement rule, called the Affordable Clean Energy rule, but did not say explicitly that the CPP was back in force.

“The agency action challenged here wasn't the Clean Power Plan; it was the decision to replace it with the ACE Rule,” Prelogar said. “The D.C. Circuit vacated ACE but chose not to reinstate the CPP, so no federal regulation will occur until EPA completes its upcoming rulemaking.”

Prelogar said EPA plans to issue a proposed rule this year and a final rule a year after that, a timeline Matthews called “optimistic.”

The petitioners, she said, are not harmed by the status quo and thus cannot demonstrate standing, a prerequisite to seeking a remedy from a court. “Instead, what they seek from this court is a decision to constrain EPA's authority in the upcoming rulemaking. That is the very definition of an advisory opinion, which the court should decline to issue.”

Justice Neil Gorsuch seemed to agree, saying that Prelogar had made “a strong argument that states are not harmed here because, under the current state of affairs, there is no rule in place.”

See, however, was looking to the next rule EPA will adopt to control carbon dioxide from coal-fired plants. “The D.C. Circuit's interpretation of this statute doesn't give EPA any place where it has to stop,” she said. “The fact that it puts self-imposed handcuffs on in the Clean Power Plan does not mean it would need to do that in the next rule.”

One of the petitioners’ major arguments is that EPA is only authorized to regulate “inside the fence” — in other words, impose controls solely on individual plants.

But that argument was questioned by Justice Clarence Thomas, who said, “There's quite a bit of talk about outside the fence and inside the fence. I don't know how you can draw such clean distinctions.”

The power industry, including the Edison Electric Institute and major power companies, argued against the coal companies and in support of EPA, saying the CPP — unlike ACE — allows the sector to use emissions trading, lower-emitting fuel sources “and other measures to reduce emissions while keeping the lights on at reasonable cost,” attorney Beth Brinkmann told the justices.

"Empowering EPA to force generation shifting will effectively force the shutdown of fossil-fuel-fired plants, regardless of whether those plants may provide the state with the most reliable and cost-effective power source or whether the source has remaining useful life," NRECA said in its brief.

Generation-shifting refers to the replacement of fossil fuels with cleaner sources such as natural gas, wind or solar.