The Russian invasion of Ukraine is threatening to restrict already tight global supplies of grain and fertilizer as Black Sea distribution hubs and supply lines shut down amid the chaos and violence that is only expected to worsen as Russian aggression intensifies and Western sanctions broaden.

U.S. farmers are expected to feel the impact as markets around the world deal with shortages of fertilizer and natural gas, but the brunt of the harm will be borne by poorer developing countries that largely depend on imports of food, fuel and inputs directly from Russia, Ukraine or even Belarus, which has been aiding the Russian invasion and has become a potential target for new Western sanctions.

When it comes to crops, Ukraine and Russia account for about 30% of world wheat and barley exports, 19% of corn exports, 23% of canola exports and 78% of sunflower oil exports, says Stephen Nicholson, a Rabobank global grain and oilseed strategist. Countries in Africa and the Middle East depend on importing those commodities, not to mention fertilizer and fertilizer components.

Farmers in the U.S., South America, Australia and European Union can make up for some of the ag commodities that cannot get out of the Black Sea ports, but likely at a steep premium.

“From a wheat perspective, where do we come up with that wheat?” said Nicholson. “When you look at stocks … the world will have trouble filling shortfalls. That’s why the markets have been quick to react. There’s just not enough exportable stocks in the rest of the world to make up for that loss of Russian and Ukrainian exports.”

As to futures markets, U.S. wheat and corn prices have been on a roller-coaster for days, and that’s likely to continue.

“The likelihood is we’re going to see a lot more volatility,” Nicholson said. “Buyers are going to have to think about where they’re going to do business. ADM and Bunge have shut down some of their operations in the Black Sea.”

All of this is going to take a heavy toll on importers, says Joe Glauber, a senior fellow at the International Food Policy Research Institute and former USDA chief economist.

Coming into this crisis the world was dealing with “very short supplies, strong demand and low stocks,” he said. “On top of that, you’re talking about major producers of wheat and feed grains in Ukraine and Russia. Disrupting production and trade out of that region is very, very significant.” 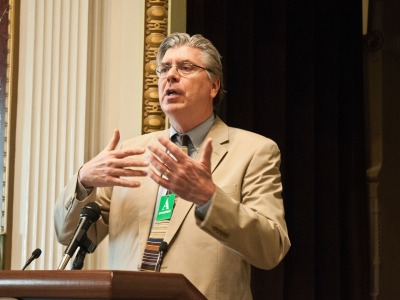 Joe Glauber, IFPRIAgriculture Secretary Tom Vilsack says he has a team at USDA working on ways to help subsidize affordable supplies to some of the poorest countries, but in the meantime, crops are not moving out of the Black Sea.

Ocean carrier Maersk has canceled all bookings for Ukrainian ports and diverted trade to ports in Turkey and Egypt, but freight throughout the Black Sea region has become extremely expensive as insurance prices spike.

Take Egypt as an example. The country is a customer of Ukrainian wheat, but it’s having trouble getting supplies from even the French because of the cost. The price the French were offering their wheat to Egypt rose by $98 per ton last week, said Kim Anderson, a professor and crop marketing specialist at Oklahoma State University.

The U.S. could potentially fill that wheat demand from Egypt, Anderson said, but it will likely be cost-prohibitive.

“From the Black Sea region, the ocean freight went from about $20 per ton to $50 per ton. The risk of running ocean freight through that area is high right now and you pay a premium for it.”

In a statement, Maersk said for cargo already in shipment, the company plans to "do our utmost to deliver it to its intended destination."

“We have a sharp focus on safeguarding reefer containers and keeping cold chain operations as stable as possible, as the commodities include important goods such as groceries and pharmaceuticals," the company said. "We are doing everything possible to prevent risk to the above cargo and in turn risk to the end-users in need of these commodities. It’s also worth noting that air space is also gradually being restricted and our air services will be impacted.”

For Ukraine and its grain customers, the loss of trade is major, but the situation is expected to be far worse if the conflict continues much longer. Ukrainian farmers need to plant their corn this spring, and it's unclear if they will be able to. It will be impossible if the country is still a battlefield, but that may still be the case even if hostilities come to a quick end. Farmers there need inputs and financing that may not be available.

“Ukraine plants corn in late March or April — about the same timing as North Dakota,” said Anderson. “If I was a Ukrainian farmer, I’d be concerned about getting inputs for summer crops … If this conflict ended today, they can’t just instantly flick the switch and get everything moving again. You’re looking at problems for some time even if we have a ceasefire.”

“I have to think of farmlands as battlefields,” he said. “Some of that land just won’t be available. It’s a challenge putting in a crop anywhere in the world, let alone in the middle of a conflict.”

As to the global fertilizer supply, Russia and Belarus are major producers and exporters, and much of that trade has already either been stopped by sanctions or cut off because of the conflict. Russia is responsible for 22% of global exports of ammonia — a key ingredient of nitrogen fertilizers — and a pipeline that sends Russian ammonia through eastern Ukraine to the Black Sea has been cut off, says Sam Taylor, a Rabobank farm inputs analyst.

Russia is also responsible for 14% of global urea exports and 14% of global monoammonium phosphate (MAP) exports. Russia and Belarus each account for about 20% of global exports of potash.

The disruption in fertilizer exports from the region will be very volatile for prices in Europe and, to a lesser extent, in the U.S., but that’s likely to be absorbed by China’s plan to resume exporting in the coming months, said Taylor.

China previously accounted for as much as 20% of global urea exports, and the country is expected to resume exporting as early as June, he said.

Nevertheless, it’s again developing countries that rely on fertilizer from Russia that will likely be hit hardest by supply disruptions.

“If fertilizer prices continue to remain extremely high and supplies of potash are essentially cut off, then this will have an impact on production … in poorer countries that count on imports,” Glauber said.