The Russian invasion of Ukraine that has resulted in at least one port closure on the Black Sea and sparked new rounds of U.S. sanctions on Russia sent U.S. wheat and corn futures soaring again on Thursday, with some contracts hitting trading limits.

The Kansas City March wheat futures contract for hard red winter closed Thursday at $9.63 per bushel – up 48 cents for the day. The contract did hit the 50-cent limit, but pulled lower just before closing. The March contract for corn on the Chicago Board of Trade closed at $6.95 per bushel. That closed 10 cents higher for the day, but the contract reached a high of nearly $7.19 during trading.

Keep in mind: With the u 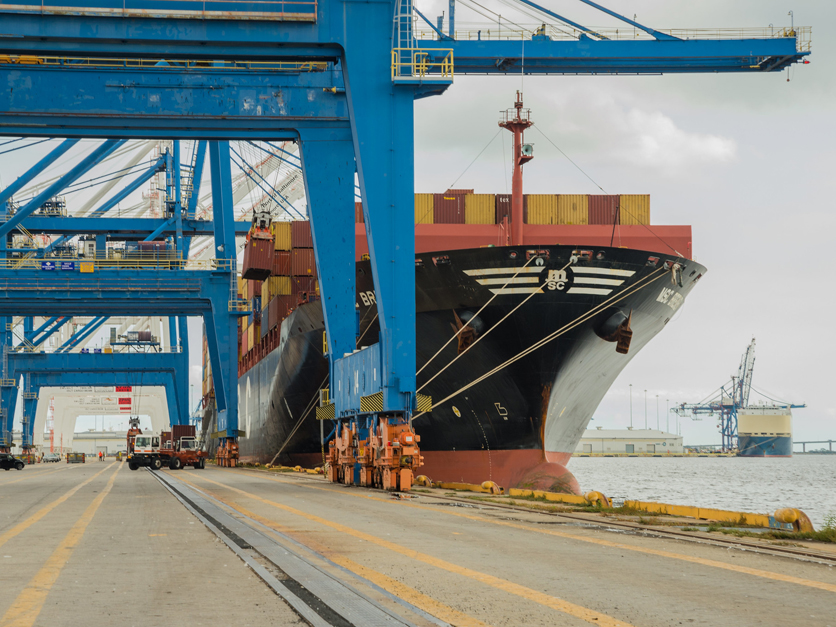 ncertainty surrounding the burgeoning war, some exporters are loath to let go of their wheat supplies.

Egypt floated a tender offer for wheat and only got one offer from France that was well above what the Egyptians would agree to, according to John Payne, an analyst for StoneX and publisher of The Week in Grain. Two weeks ago Egypt got 12 offers for substantially lower prices.

It’s not just the commodity markets: Cortney Cowley, an economist with the Federal Reserve Bank of Kansas City, says the Ukraine crisis also bears watching because Russia is a significant supplier of natural gas and potash.

“The fertilizer market is not something that really needs additional pressure. … We've seen a lot of supply chain disruptions there. Natural gas is a primary input for fertilizer, particularly nitrogen fertilizer,” Cowley said during USDA’s annual Ag Outlook Forum on Thursday.

During an Outlook Forum news conference  Ag Secretary Tom Vilsack warned fertilizer suppliers not to use the crisis as an excuse to raise fertilizer pricces.

USDA: Another year, another record for exports

Soybean exports are driving the surge, USDA reported Thursday. But exports of livestock, poultry and dairy products also are expected to set a record, as are horticultural products, which include tree nuts.

By the way: Walter Lanza, a commodity trader with the ag supply chain firm Scoular, sees continued transportation disruptions and port bottlenecks. As he puts it, the outlook for shipping this year is “not bright.”

But while ocean freight rates won’t return to where they were a year ago, they likely won’t rise any further, Lanza said during the Ag Outlook Forum.

China may want to join the Comprehensive and Progressive Trans-Pacific Partnership – the Pacific Rim trade pact that the Obama administration negotiated and the Trump administration pulled out of – but Beijing won’t be able to meet the agreement’s standards, Vilsack told reporters.

The Biden administration also is not ready to join the agreement, Vilsack said. Doing so will first require rebuilding public trust in trade agreements and tearing down existing trade barriers, Vilsack said.

Agriculture groups are well-represented in the group of 10 regional roundtables announced by EPA to discuss how to craft a definition of “waters of the U.S.” in the Clean Water Act.

Organizers of the roundtables — expected to be held virtually late spring and summer — include the Arizona, California and North Carolina farm bureaus, the Kansas Livestock Association and the Regenerative Agriculture Foundation. Organizers were asked to include a diverse set of participants in their nomination letters to EPA and the Army Corps of Engineers.

Take note: EPA Ag Adviser Rod Snyder told Agri-Pulse Thursday the roundtables would focus particularly on “implementation of WOTUS at a regional level.” He said the choice of five ag organizations to lead the roundtables “is a testament to how seriously we are taking the input of the ag sector” on WOTUS.

A feed additive that can reduce enteric methane emissions from dairy cattle has been approved for marketing in the European Union. It’s not yet available to U.S. farmers, but Royal DSM, the manufacturer of Bovaer, says a quarter teaspoon per day consistently cuts methane emissions from those animals by about 30%.

Mike McCloskey, CEO of Select Milk Producers, the sixth largest milk cooperative in the country, said at the USDA Ag Outlook Forum that the industry is trying to get FDA to consider Bovaer a feed additive and not a drug for regulatory purposes

“We would love to have this product here and I believe it will be in the next two or three years,” McCloskey said.

He said it. “It is incredibly difficult to get enough people to fill jobs, and when you get them to keep them.” - Andy Harig, a vice president with FMI - The Food Industry Association.

Packaging also has been a challenge for the industry. Even getting printer ink for food labels is sometimes a problem, Harig said at the Ag Outlook Forum.