The UN Food and Agriculture Organization is reporting that global food prices hit their highest level on record last month, and that doesn’t account for the full effects of the Ukraine crisis.

In a separate analysis, FAO forecast world wheat production to rise 1.9% this year, contributing to a small, 0.7%, increase in overall grain production. Ukraine’s corn and wheat production set records in 2021, but the FAO report noted that “significant damage to infrastructure, particularly port and rail facilities, could curb the export capacity to ship grains.”

By the way: Chicago winter futures rose the exchange limit of 75 cents per bushel again on Friday to $12.09. Meanwhile, Russian fertilizer manufacturers were told by their government to stop exporting fertilizer. Experts told Agri-Pulse that action will put further pressure on fertilizer prices paid by U.S. farmers.

Take note: We’ll get a fresh read on U.S. food inflation on Thursday when the latest Consumer Price Index is released.

For more on what’s in store this week, read our Washington Week Ahead.

A deadly poultry disease has spread to more states.

The news comes after APHIS confirmed HPAI in Missouri on Friday and in Maryland on Saturday.

The Missouri detection happened in Stoddard County near the Arkansas, Kentucky and Illinois borders. Some 240,000 broilers will be depopulated at the facility. HPAI was detected in a flock of commercial layer chickens in Cecil County, Maryland.

All told, the disease has now hit nearly 1.9 million chickens and turkeys across the country, a number that will only go up once flock sizes of the Maryland and South Dakota confirmations are reported. No human HPAI cases have been detected in the United States, and USDA is encouraging consumers to fully cook poultry and eggs to 165 ˚F to kill bacteria and viruses.

By the way: HPAI isn’t the only disease in the news; China has reported new detections of African Swine Fever. According to USDA’s Foreign Agricultural Service, the disease was detected in February in western China.

Many of the people staying behind in Ukraine are there to fight. Kees Huizinga has stayed to farm.

It’s not likely to be a bumper crop this year, but Huizinga says he’s still planning to start planting in April. Huizinga, a Dutch native who grows corn, wheat and 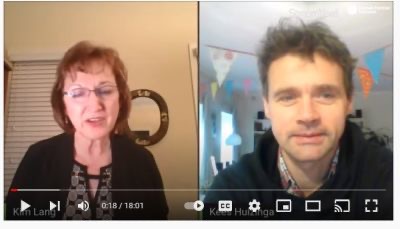 Interview with Kees Huizinga
other crops in Ukraine, says in a YouTube post he is short on fertilizer and fuel and is revising plans to deal with the situation “in order to at least do some planting and seeding instead of nothing.”

Here is a longer interview with Huizinga conducted by Kim Lang, chief communications officer for the Global Farmer Network, on March 1.

Brazil a growing market for US hops

While Brazil is the largest soybean competitor to the U.S., the South American giant is also a customer for U.S. hops, and that trade continues to increase, according to a new analysis from USDA’s Foreign Agricultural Service.

The U.S. exported 1,163 metric tons of hops to Brazil last year as the brewing industry there grows and expands. That’s an 85% increase from 2020, helping push the U.S. closer to Brazil’s top supplier, Germany.

“Although Germany continues to be the largest exporter of hops to Brazil, the United States comes in second place with 33% of the market share,” FAS says. “If we consider the high devaluation of the Brazilian real against the dollar, which makes the product more expensive, and the difficulties faced by craft breweries in the pandemic year, it is noticeable that the Brazilian craft beer segment is solid and resilient.

"Therefore," FAS said, "hops for craft breweries continue to be a good opportunity for American exporters in the upcoming year."

Tyson Foods is asking a federal appeals court to delay sending a case involving four workers’ deaths back to Iowa state court for adjudication while it decides whether to file a petition in the U.S. Supreme Court.

The company asked the U.S. Court of Appeals for the Eighth Circuit to stay issuance of the mandate in its decision finding that Tyson could not remove the case to federal court. Families of the workers at Tyson’s Waterloo, Iowa, plant, who died of COVID-19, oppose the request, saying they have been “thwarted in their attempts to even begin litigating the merits of their claims that Tyson’s negligence and misrepresentations killed their loved ones.”

In December, the appeals court rejected Tyson’s claims it “was performing a basic governmental task or operating pursuant to a federal directive in March and April of 2020,” which would have allowed the case to be heard in federal court.

In its stay request, Tyson cited an appeal in the Fifth Circuit that could result in a different decision. “There is at least a reasonable prospect that the Fifth Circuit will disagree with this court and create a square circuit split, which would significantly increase the chances of Supreme Court review and reversal,” the company argued last week.

The mandate is the document that gives effect to the court's opinion and order, said Adam Pulver, attorney for the workers’ families.

He said it: “That’s who I am. I’m a farmer.” – Kees Huizinga, who has been farming in Ukraine for nearly 20 years.