The Newsom administration is hoping to invest $85 million in accelerating the adoption of more energy efficient technologies at food production facilities. The success of the initial 2018 funding for this effort has generated broad support and inspired the state to duplicate the model, expanding it to the greater industrial sector.

“This has been a demonstrably effective program, one that will yield relatively immediate results,” said Drew Bohan, executive director of the California Energy Commission (CEC), during a Senate budget subcommittee hearing last week on the proposed funding. “[The Air Resources Board’s] estimates of the effectiveness of various programs places this one very high.”

The Food Production Investment Program, or FPIP, was rooted in climate policy efforts surrounding California’s landmark cap-and-trade program. According to Emily Rooney, president of the Agricultural Council of California, the Brown administration was looking for ways to “green up” the food processing sector by lowering greenhouse gas (GHG) emissions and improving air quality in disadvantaged communities. Since many food processors were paying into cap-and-trade, the Ag Council felt “it would be beneficial to get some dollars out so that we can improve energy efficiency in the processing sector.”

With $116 million allocated in the 2018 budget, CDFA convened stakeholders and agencies for a series of workshops over several months, which determined two areas of focus for the program: incentivizing energy efficiency and developing transformative technologies through pilot projects.

“It really was truly a stakeholder-built process,” Rooney told Agri-Pulse.

Grants to keep food processors in California?
California considers ban on neonics for lawns and gardens
California is spending big on repurposing farmland, but critics say boosting food production during drought is a better goal

The Bureau of Labor Statistics and California League of Food Producers estimate food processing contributes about $82 billion to the California economy and employs more than 192,000 people while supporting another 544,000 indirect jobs.

Over the span of two years, FPIP funded 50 projects across 66 sites, with 56 of those—or about 85%—in disadvantaged or low-income communities and about half in the San Joaquin Valley. Businesses had to match about 35% of the state’s investment. According to industry estimates, the technology has the potential to reduce as much as 40% of the GHG emissions coming from facilities.

CARB has calculated that the projects will lead to a total reduction of 3.3 million metric tons of carbon dioxide spread across a conservative 20-year projected lifespan for the technologies. That amounts to just $35 per ton as a cost to the state. 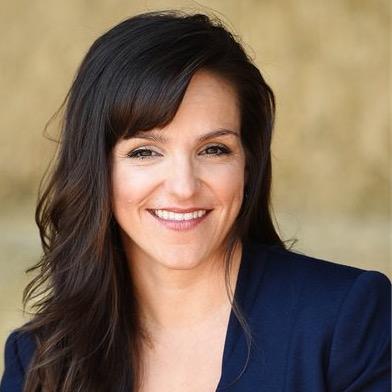 Emily Rooney, president of the Agricultural Council of California

“That jumps out at the typical legislator,” said Senator Bob Wieckowski of Fremont, who called the new proposal “a mere $85 million”—versus the overall $6.1 billion for the whole clean energy budget package.

Along with lowering GHG emissions, the projects provide relief to businesses through reduced energy costs.

“Once the projects are done, these savings are durable. They go on well into the future,” said Bohan. “They every year continue to save money.”

The proposed FPIP funding gained further applause from the Agricultural Energy Consumers Association and the California Poultry Federation, though Rooney and others would like to see a continuous appropriation on an annual basis, which would offer processors more long-term reliability for their investments.

The administration is now proposing to emulate the success of FPIP by accelerating such change more broadly through the Industrial Decarbonization Program at the CEC, with $210 million proposed over the next two years. This would address more than 40,000 industrial facilities producing cement, chemicals, glass and other products and employing 1.2 million people. The sector is responsible for more than 35% of the state’s natural gas use and more than 20% of its GHG emissions.

Like FPIP, the program would deploy advanced technologies such as solar panels and energy storage to decarbonize the sector, with a priority for reducing criteria pollutants in disadvantaged communities.

“We'll build from what we learned in FPIP,” said Bohan.

With more than 7,000 food and beverage processing facilities in California, the original FPIP funding rounds were greatly oversubscribed, demonstrating much more opportunity for the program.

“There's always been a need, and there will continue to be a need, especially with our energy prices increasing and issues surrounding the grid,” said Rooney. “As this state continues to push the forefront on renewables and goals around the energy portfolio, we're definitely going to need these incentives and dollars to get us there.”