Home » Earmarks are back: Lawmakers steer USDA funds to their states
News Politics

Earmarks are back: Lawmakers steer USDA funds to their states

Lawmakers are steering $346 million in USDA funding to their home states and districts this year as earmarks returned for the first time since Republicans took control of the House in 2011 and then-President Barack Obama vowed to veto bills that had such designated spending.

Lawmakers on both sides of the aisle earmarked funding in the fiscal 2022, $1.5 trillion omnibus passed by Congress last week, but much of the USDA funding is designated by states and districts represented by members of the House and Senate Appropriations committees.

The chairman of Senate Appropriations, retiring Sen. Pat Leahy, D-Vt., played a key role in restoring earmarks and helped secure more than $26 million in USDA funding for his home state.

Leahy's earmarks included a $10 million grant for the University of Vermont to establish an Institute for Rural Partnerships, $5 million towards the Vermont Land Trust and $5 million to Shelburne Farms’ National Farm to School Institute project.

“As chairman of the Senate Appropriations Committee, I made sure that Vermonters have had a center seat at the table,” Leahy said in a press release. “I am proud to have worked with community leaders in our Green Mountain State to include these projects and proposals in this comprehensive appropriations bill.”

Vermont, the second smallest state in the nation, received the second most earmarked ag funds in the country, more than double that of California, the nation's largest state, which has a population 63 times the size of Vermont. Vermont was ranked 41st by USDA in ag output in 2020.

Leahy’s spokesperson, David Carle, said the senator “is proud to have restored the practice of congressionally directed spending to allow members of Congress – who have a deep understanding of their communities – to have the ability to direct the resources of the federal government to these projects.”

Carle contends Leahy brought an “unprecedented level of transparency to this process and instituted new reforms” to earmarks.

“He mandated a 1 percent cap on discretionary spending for congressionally directed spending, and the total funding in this bill barely exceeds half a percent. He banned funding to for-profit entities and required every member to post financial certification disclosures attesting that they do not have any financial interest in any of the items requested,” Carle said. “And this legislation directs the Government Accountability Office to audit a sample of enacted congressionally directed spending items.”

Some senators were more critical of the return of earmarks, including Sen. Marsha Blackburn, R-Tenn., whose state took no earmarked funds.

Blackburn, speaking from the Senate floor this week, called the earmarks “pet projects” and a “big government windfall that the American people simply can’t afford.” 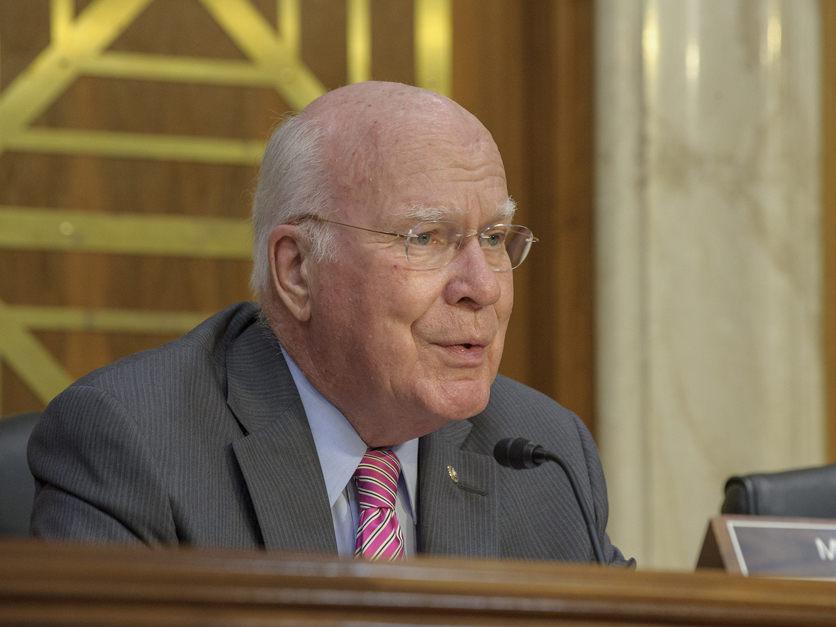 Sen. Tammy Baldwin, a Wisconsin Democrat who chairs the Agriculture Appropriations Subcommittee, had the biggest individual haul of any legislator when it comes to USDA funding.

Baldwin is credited with nine ag earmarks totaling nearly $56.4 million. Included in her expenditures is a $39.7 million grant to the University of Wisconsin to build a plant germplasm facility – the single largest expenditure in the section -- as well as $7 million for a fire station and $5 million to build student housing at Lac Courte Oreilles Ojibwe College.

“I worked to include this federal funding because it delivers support from Washington to Wisconsin,” Baldwin said in a press release following the law’s passage. “This federal funding will support a wide variety of improvements in our state. I’m proud to have worked in a bipartisan way to fund these projects and deliver results for communities across Wisconsin.”

The New York state delegation also took home a considerable sum of money in the ag section, led by Senate Majority Leader Chuck Schumer, D-N.Y. The delegation as a whole – including Democrats and Republicans in the House and Senate – scooped up more than $18.4 million in ag spending.

North Dakota is notably the home state of the top Republican on the Senate Ag Appropriations Subcommittee, John Hoeven.

The full list of earmarked expenditures can be found here.