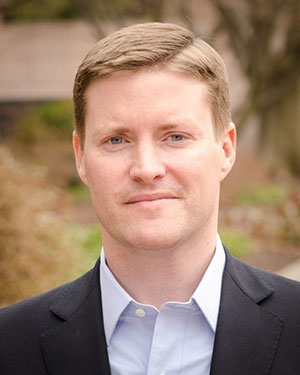 Osama El Lissy has been appointed to serve as the secretary of the International Plant Protection Convention. Lissy retired as deputy administrator of USDA’s Plant Protection and Quarantine program earlier this year and held USDA leadership roles for the past 22 years.

Atashi Mukherjee Bell has joined Honeywell as its new senior director of global government relations. Bell previously worked for two years at Biotechnology Innovation Organization as the director of scientific and regulatory affairs of agriculture and environment. Before that, she worked for BASF as global regulatory specialist.

Arm & Hammer Animal and Food Production has promoted Joel Pankowski as the new senior technical services manager, dairy, Andy Schwytzer as the new strategic account manager, dairy and Wayne Hurst joins the team as a dairy account manager for the west team. Pankowski has been with the company since May 2011, supporting the east region dairy sales team. Schwytzer has been with the company since October 2016 in dairy sales. Hurst brings over 30 years of dairy experience to his role, most recently working for Forage Genetics International, a subsidiary of Land O’Lakes.

Matthew Dillon has been hired as the new chief sustainability officer for Farmer Focus. Dillon previously served as vice president of government affairs and social impact at Clif Bar & Company. 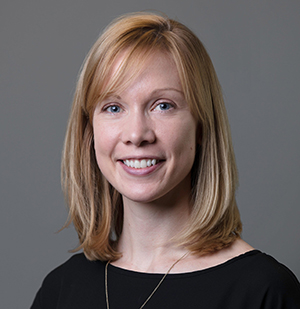 Erica GoodmanMamie Parker has been selected to serve on Ducks Unlimited's national board of directors. Parker has spent her career as a biologist and senior executive in the federal government, previously working at the U.S. Fish and Wildlife Service (USFWS) as chief of staff and assistant director of habitat conservation/head of fisheries. After retiring from USFWS, Parker continues to serve as a professional fish and wildlife biologist, success coach and principal consultant at Ecologix Group.

Nicole Berg has been elected as the new National Association of Wheat Growers (NAWG) president. Berg is a 4th generation farmer from Paterson, Washington, where she farms alongside her dad and two brothers. Berg also sits on the board of the Federal Crop Insurance Corporation. NAWG’s board of directors also elected a new slate of officers. Dave Milligan of Cass City, Michigan, transitioned to the role of past president. Brent Cheyne, a wheat farmer from Klamath Falls, Oregon, became NAWG’s new vice president. Keeff Felty of Altus, Oklahoma, will serve as NAWG’s new treasurer, and Pat Clements of Springfield, Kentucky, was elected as the new secretary.

The National Wheat Foundation has tapped Joe Kejr as its new chair of the board. Kejr farms in Salina, Kansas, with his sons, brother, and nephew. Kejr has previously served as president of the Kansas Association of Wheat Growers and served as a legislator on the Kansas House of Representatives for three terms. Bernard Peterson was elected as vice chair. He is a managing partner in Peterson Farms. Scott Brown was elected as secretary and treasurer. He farms in southern Idaho with his son-in-law and nephew, where they raise wheat, barley and mustard.

The U.S. Soybean Export Council has selected Doug Winter as the new chair of its board of directors. Stan Born was elected as vice chairman, Dawn Scheier will serve as secretary, and Chris Arnold as treasurer.

The National Pork Producers Council has installed new officers and elected members to its board of directors. Terry Wolters, owner of Stoney Creek Farms, was elevated to president of the organization. He also serves as chairman of NPPC’s Animal Health Food Security Policy Committee. Wolters succeeds Jen Sorenson, communications director for Iowa Select Farms, who becomes NPPC's immediate past president and chairman of the council’s trade and nominating committees. Scott Hays, a fifth-generation pork producer and the CEO of Two Mile Pork, became NPPC's president-elect. Lori Stevermer was elected as vice president. She is co-owner of Trail’s End Farm in Easton, Minnesota.

Jacqueline Olvera has been promoted to legislative assistant handling the agriculture portfolio for Rep. Carlos Gimenez, R-Fla. She previously was a legislative correspondent. Before coming to the Hill, Olvera worked at Steptoe and Johnson and the National Parks Conservation Association. Chase Clanahan has left the office of Rep. Gimenez. He served as legislative director.

Malcolm McGeary has left the office of Sen. Ron Wyden, D-Ore. He served as the natural resources director from 2019 to 2022. He was previously the energy, natural resources, and agriculture adviser for Wyden.

Clark Mica has left The Fertilizer Institute where he was the vice president of government affairs. Mica now serves as the president of the Institute of Makers of Explosives. He was with TFI for the past 12 years and before that worked as the acting deputy assistant secretary for intergovernmental relations at the Department of Housing and Urban Development.

After a 40-year career, Michael Heller, a regenerative farmer and environmental advocate, has retired from the Chesapeake Bay Foundation. Heller joined CBF in 1982 to manage Clagett Farm, a 285-acre farm in Upper Marlboro, Maryland. Before joining CBF, Heller taught plant ecology at the University of Maryland. He co-founded the nonprofit Future Harvest in 1998 to help train farmers about rotational grazing, limited use of pesticides, and how to increase organic matter in the soil.

Dale Moore  plans to step down from his role as the top staffer at the American Farm Bureau Federation this year, ending a career spanning more than 40 years. Moore has been AFBF’s executive director since 2018 after first joining the organization in 2011. Before his time at Farm Bureau, Moore worked at the Department of Agriculture during the George W. Bush administration, serving as chief of staff for three different secretaries as well as an interim leader of the department. His career also included a stint at the National Cattlemen’s Beef Association’s Washington office, a position he held after more than a decade on Capitol Hill working for Kansas Republican Pat Roberts in both his personal House office and as an Ag Committee staffer.