The Environmental Protection Agency is considering how to allow some continued uses of chlorpyrifos in the future, even though the chemical’s use on food crops has been revoked.

EPA says it’s discussing with registrants the possibility of amended labels for chlorpyrifos products that currently allow both food and non-food uses, “as the food uses will need to be cancelled.” In addition, the agency told Agri-Pulse “there are a few cases where food uses on the label could be amended to become non-food uses,” such as for cattle ear tags or use on non-fruit-bearing trees.

The insecticide cannot be used on food crops this growing season, the result of a court decision last year from the 9th U.S. Circuit Court of Appeals that found EPA had not complied with the Federal Food, Drug and Cosmetic Act.

In scrapping the food tolerances, EPA said it had “has determined the current aggregate exposures from use of chlorpyrifos do not meet the legally required safety standard that there is a reasonable certainty that no harm will result from such exposures.”

Grower groups and one registrant, Gharda Chemicals, have challenged EPA’s decision in the 8th U.S. Circuit Court of Appeals, arguing that EPA had ignored its own scientific analysis and that for many crops, there is no adequate substitute. 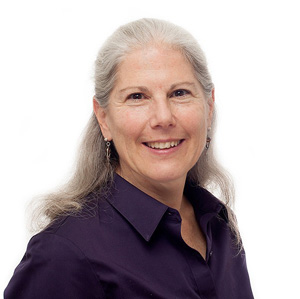 Last week, the appeals court rejected the groups’ motion for a stay of the EPA decision, but also ruled separately that the challenge could proceed.

“This will be the first year since 1965 when chlorpyrifos will not be sprayed on our food, sparing children from learning disabilities and workers from poisonings,” Goldman said. “It is troubling that Gharda, which ramped up production of chlorpyrifos when Dow exited the field, is in court trying to overturn the food ban and put more children in harm’s way.”

Gharda did not respond to requests for comment. Dow AgroSciences developed chlorpyrifos; after Dow Chemical and DuPont merged, Corteva Agriscience launched in 2019. At the end of 2020, Corteva said it ceased production of chlorpyrifos.

A Corteva spokesperson said the company "continues to assess the situation and EPA’s guidance for the industry. We are developing plans consistent with the August Final Rule and anticipate communicating those plans with the EPA, customers and industry stakeholders."

Meanwhile, some state pesticide regulators are concerned about what to do with any chlorpyrifos products labeled for food uses that may still be in possession of farmers or dealers.

EPA says products can be taken to state disposal programs or those with chlorpyrifos on hand should store it “until there is an opportunity for appropriate disposal.”

However, “not all states have disposal programs, and some of them have limited capacity,” said Liza Fleeson Trossbach, program manager in the Office of Pesticide Services at the Virginia Department of Agriculture and Consumer Services and president of the Association of American Pesticide Control Officials. She estimated about half the states have some type of program.

Angie Martin, senior vice president at Heritage Environmental Services in Indianapolis and president of The Pesticide Stewardship Alliance, said the state-run pesticide collection programs are supported through various methods but due to limited funding often can only accept limited quantities of pesticides during scheduled events. “Different states have different constraints and may limit quantities accepted per user,” she said.

Trossbach said she has not heard “from any one particular state that it's going to be a really huge issue” but that states are concerned, in part, because they don’t know how much product remains in the hands of farmers or retailers.

“I don't know that states are aware of how much product is actually out there, that will either be disposed of or be returned for relabeling,” she said.

Martin also said she does not know how much product is out there.  “This information would be helpful in planning,” she said.

Richard Gupton, senior vice president of public policy and counsel at the Agricultural Retailers Association, acknowledged there are “concerns with what to do with existing stocks."

The only options, he said, are to sell for non-food use, have suppliers take back the product, or export. “None of those options are ideal,” he said. “I am not sure how much of a non-food marketplace exists. Most also are not exporters.”

In response to questions, EPA said it is “working with registrants to determine the amount of existing stocks” and is also talking with them about the potential for a return program. “We are meeting with interested registrants and are exploring options,” the agency said.

When California prohibited chlorpyrifos use in 2019, registrants agreed to take back chlorpyrifos products from growers through December 2021, said Leia Bailey, a spokesperson for the state Department of Pesticide Regulation.

Growers could also pay for hazardous waste pick-up or dispose of the products through scheduled pesticide collection events, she said.

This article has been updated with a statement from Corteva.