Elaine Trevino  has withdrawn from the nomination process to be the next chief agricultural trade negotiator at the Office of the U.S. Trade Representative. Chairman of the Senate Finance Committee Ron Wyden, D-Ore., said Trevino, former president of the Almond Alliance of Calif 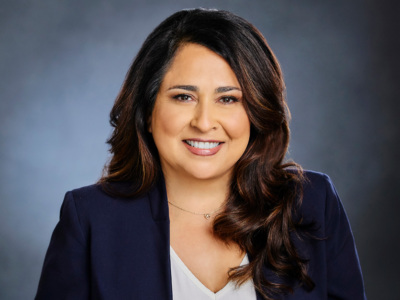 Elaine Trevinoornia and former deputy secretary for the California Department of Food and Agriculture, will still get a job in the Biden administration, but not as chief agricultural trade negotiator.

The Stanislaus County Farm Bureau Board has named Caitie Diemel as the new executive director, succeeding Wayne Zipser who announced his retirement after 35 years with the organization. Diemel is a Tuolumne County native, and has spent the last eight years serving Stanislaus County growers as the programs director. She also has managed the San Joaquin Water Quality Coalition.

MyLand Company has brought on Jeff Downs as the new grower relationship director, focusing on Arizona and Southern California. He will be responsible for partnering with growers to deliver MyLand’s Soil as a Service (SaaS) solution. Bringing over 28 years of experience, Downs previously served as business development manager for Acadian Seaplants Limited and was previously at Trécé, Inc, P-R Farms, and Wilbur-Ellis.

David Watson has joined Fresh Farms as the senior vice president of sales and marketing, leading the Arizona and California sales teams. Watson brings more than 38 years of experience to the position, previously working in the vegetable and deciduous produce categories at Chiquita Fresh and Del Monte. 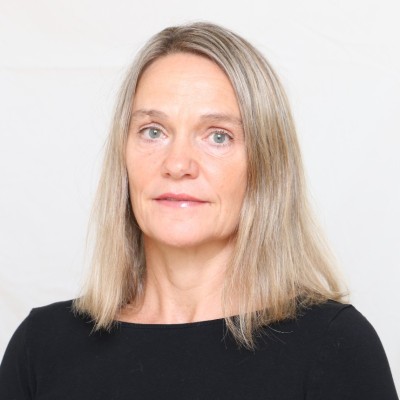 Chase Adams is headed to the National Pork Producers Council to be the group’s manager of congressional relations. Adams is currently the senior information and policy director for the American Sheep Industry Association and also previously handled communications for the Washington office of the National Cattlemen’s Beef Association.

Mackenzie Boubin is joining the U.S. Grains Council on May 2 as the new director of global ethanol export development. She succeeds Brian Healy, who held a similar position for the council. Boubin currently serves as the biofuels and industry relations director at the Minnesota Corn Growers Association. Before joining Minnesota Corn, Boubin was a refined fuels sales account representative at CHS and the Minnesota Bio-Fuels Association. She also served as a captain in the U.S. Army Reserve.

Katherine Thomas has joined the Republican staff of the Senate Ag Committee as professional staff handling the nutrition portfolio. Thomas previously served as a legislative assistant on the committee during the tenure of former Chairman Pat Roberts, R-Kan. She most recently served as a legislative assistant in the office of Sen. Ben Sasse, R-Neb., where she handled agriculture and trade. 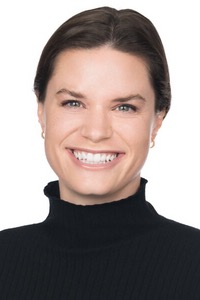 Mackenzie BoubiFounder of Impossible Foods Pat Brown has announced he is stepping down as chief executive officer. He will be succeeded by Peter McGuiness, president and chief operating officer at Chobani, effective April 4.

The Food Research & Action Center has added Nancy Dalton and Ellen Buchman to its board of directors. Dalton currently works for Amazon as the head of community partnerships for underserved populations. She also leads the company’s community access program, which drives awareness and adoption of Amazon’s Supplemental Nutrition Assistance Program acceptance initiative. Buchman serves as the president of The Opportunity Agenda. Before TOA, Buchman served as executive vice president for field and communications at The Leadership Conference on Civil and Human Rights. 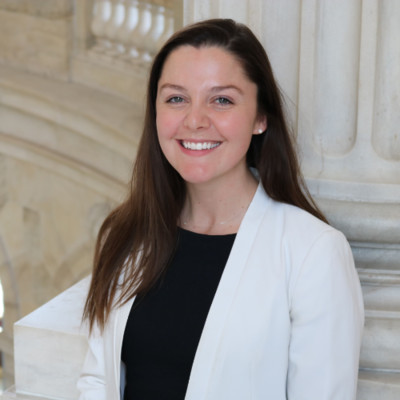 Katherine Thomase has also served as the technical liaison for remediation of hazardous waste at Department of Defense sites.

Russ Weathers has retired as chairman of the Agriculture Future of America board of directors, and current board member Gwyn Schramm has been named his successor. Schramm is the senior vice president of strategic accounts and licensing at Bayer Crop Science North America. Her term as board chair will end in February 2024.

Mark Baldassare has announced he will retire as president and CEO of the Public Policy Institute of California, a position he has held for the last 15 years. Baldassare will end his tenure in December and will remain on staff to help oversee the transition of his successor.

Former California Congressman Vic Fazio passed away on March 16. After a battle with cancer. He was 79. Fazio served in the U.S. House of Representatives from 1979-1999. Before that he was a California state assemblyman from 1975-1978. Fazio was a passionate environmentalist, helping secure and protect 3,700 acres of wetlands west of Sacramento as a refuge. In 1997 then-President Bill Clinton dedicated the refuge as the Vic Fazio Yolo Wildlife Area

Rep. Don Young, R-Alaska, passed away on March 18. He was 88. Young began his career on Capitol Hill in 1973 after winning a special election to serve Alaska’s at-large district. Young served as Chairman of the House Natural Resources Committee from 1995 to 2001 and then as the Chairman of the House Transportation and Infrastructure Committee from 2001-2007. He later returned to the Natural Resources Committee and was Ranking Member. He was also the Dean of the House and the longest serving member of the current Congress.