Farm Hands on the Potomac: Biden selects Trevino as next ag trade negotiator 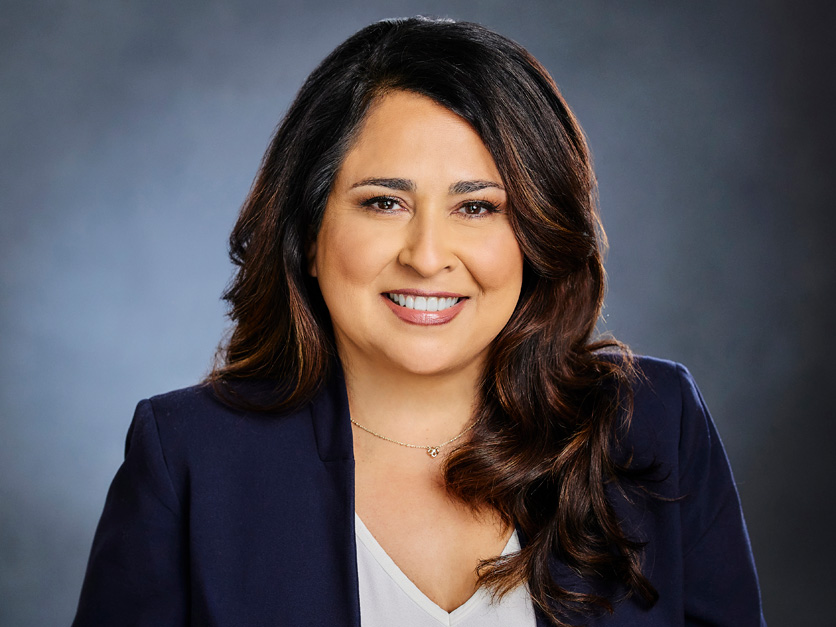 President Joe Biden has announced his intent to nominate Elaine Trevino as the next ag trade negotiator at the Office of the U.S. Trade Representative. Trevino currently serves as the president of the Almond Alliance of California. She also served as the deputy secretary of the California Department of Food and Agriculture. She has led the Almond Alliance since April 2018.

Biden has also announced his intent to nominate Rostin Behnam as the chair and commissioner of the Commodity Futures Trading Commission. Behnam is currently a CFTC commissioner. Biden also plans to nominate for the CFTC Kristin Johnson, a law professor at Emory University School of Law, and Christy Goldsmith Romero, the Special Inspector General for the Office of the Special Inspector General for the Troubled Asset Relief Program (SIGTARP).

For the Federal Trade Commission, Biden plans to nominate Alvaro Bedoya, founding director of the Center on Privacy & Technology at Georgetown Law, where he is a visiting professor of law. Reta Jo Lewis, a Senior Fellow and Director of Congressional Affairs at the German Marshall Fund of the United States, will be nominated to be president and chair of the Export-Import Bank of the United States, and Maria ‘Marisa’ Lago is the choice for the undersecretary of Commerce for International Trade at the Department of Commerce. Lago is Director of the New York City Department of City Planning and Chair of the City Planning Commission. She previously served in the Obama Administration as the Treasury Department’s assistant secretary for international markets and development.

The Department of Agriculture has announced three individuals who will hold key staff positions:

Cindy Long has been appointed as the new administrator for the Food and Nutrition Service. Long has been serving as the acting administrator and was previously deputy administrator for child nutrition programs, where she led FNS’ implementation of the Healthy, Hunger-Free Kids Act. Claudette Fernandez will serve as director of program equity and opportunity strategy. Fernandez most recently served as the chief operating officer for the Forest Service. Before that, she was director for the Department of Housing and Urban Development's Office of Block Grant Assistance, but she has also held several roles with USDA Rural Development and with Federal Emergency Management Agency. Felix Muñiz Jr. was appointed legislative adviser in the Office of Congressional Relations. Muñiz previously served as the Conservation and Forestry Subcommittee staff director for the House Committee on Agriculture. Before that, he was a legislative assistant and graduate fellow with the Congressional Hispanic Caucus Institute in the office of former Rep. Marcia Fudge, D-Ohio. Fudge is now HUD secretary.

Finally, Biden also has announced his intent to appoint Tony Allen to chair the President’s Board of Advisors on Historically Black Colleges and Universities. Allen became President of Delaware State University in Jan. 2020, after serving as provost and executive vice president since July 2017. Before that, he was the managing director of corporate reputation at Bank of America.

John Reeder has joined the Environmental Working Group as vice president for federal affairs. Reeder brings 30 years of experience working at the Environmental Protection Agency, including as the deputy chief of staff to Obama EPA Administrator Gina McCarthy, who is now President Joe Biden’s domestic climate adviser. For the last four years, Reeder has been an Executive-in-Residence at American University’s School of Public Affairs. 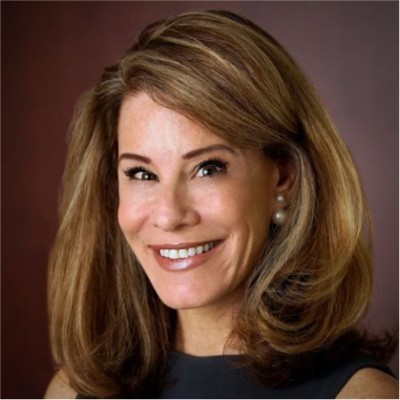 Abby Blunt is moving to a part-time position with Kraft Heinz as the strategic adviser for government and ESG affairs and will be an adviser to the board of directors. Blunt’s current role of vice president, global government affairs, has been taken over by Bill Behrens, who worked the last 10 years at General Electric.

Jessica Burkham has accepted the position of managing director for the Beef Alliance. Burkham comes to the alliance after working for two years at the Arkansas Farm Bureau, where she was the director of policy development and legislative research. Before that, she worked on Capitol Hill where she served as the agriculture and Environment and Public Works Committee legislative assistant for Sen. Deb Fischer, R-Neb.

Adrian Percy has been tapped to become the first executive director of the North Carolina Plant Sciences Initiative at North Carolina State University, a research and innovation effort looking into agricultural issues and helping to advance the state’s economy. Percy currently serves as the chief technology officer at UPL. He will begin leading N.C. PSI on Nov. 1.

Tennessee Farm Bureau Federation President Jeff Aiken announced he will not seek reelection at the organization’s annual meeting in December. Aiken has served as president of TFBF for the last six years. He is a third-generation beef cattle, hay, corn and tobacco farmer in Washington County where he and his wife, Carol, farm with his two brothers and manage their 900-acre family operation. A new TFBF president will be elected to a two-year term by the voting delegates of the 100th annual meeting in Franklin, Dec. 5-7. 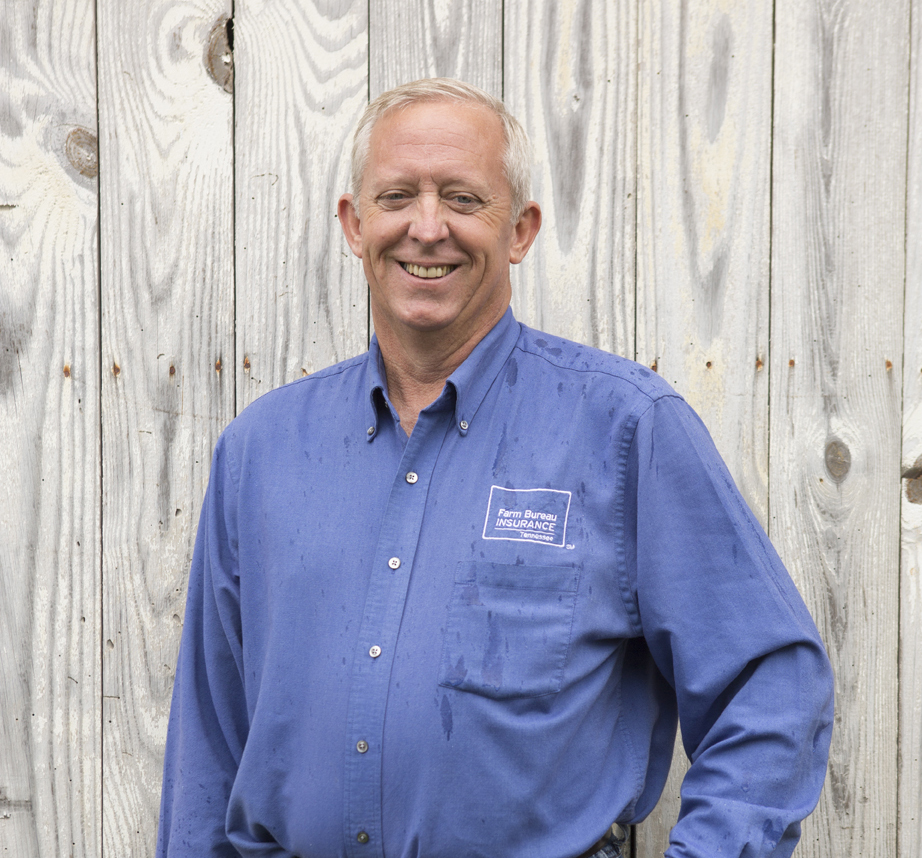 Former Secretary of Agriculture and member of Congress Mike Espy has joined the board of directors for the One Country Project. Espy served as the ag secretary during the Clinton administration. In 2018, Espy was a runoff candidate in the special election for Senate in Mississippi and became the Democratic nominee for the same seat in 2020.

The Global Farmer Network Board of Directors has elected officers at its 2021 Annual Board Business meeting. Reg Clause was tapped as chairman, Tim Burrack is the new vice chairman, Joanna Lidback will serve as treasurer and Carol Keiser Long was selected as secretary. The board also added two more seats to its board of directors and have asked Mark Heckman and Paul Temple to fill the seats.

Maggie McNeil has announced she is retiring from the Organic Trade Association where she serves as the director of media relations, effective Sept. 30. She plans to enjoy her time with family and serve others in her community. Reana Kovalcik will be taking over McNeil’s responsibilities as the director of public affairs. Most recently, Kovalcik was communications adviser for American Forests, but she previously worked for the National Sustainable Agriculture Coalition as associate director of its communications department.

Elliott Dossou-Yovo is the 2021 recipient of the Norman E. Borlaug Award for Field Research and Application, endowed by The Rockefeller Foundation. Dossou-Yovo is receiving the award for spearheading innovative water management systems for resilient rice production. Dossou-Yovo is an associate principal scientist and agriculture and climate change specialist at Africa Rice Center in Côte d’Ivoire.

John Ruan III, Des Moines philanthropist and business owner, has died after suffering from a long illness. Ruan's late father resurrected and brought the World Food Prize to Des Moines, and Raun III assumed the chairmanship of the World Food Prize Foundation in 2000. He also was a strong advocate for truck drivers and the transportation industry. He served on the U.S. Chamber of Commerce board of directors and chaired the U.S. Chamber board in 2011. He also served on the boards of Hubbell Realty, the Iowa Business Council, the Greater Des Moines Partnership and the Downtown Community Alliance. His son, John Ruan IV, succeeded his father as chairman of Ruan Transportation and was also elected chairman of Bankers Trust in May.