Renewable fuel producers are worried they'll lose their ability to generate Renewable Identification Numbers due to a forthcoming Environmental Protection Agency rule requiring them to provide the addresses of every restaurant that supplies them with used cooking oil.

The EPA deems the requirement necessary for determining what types of feedstocks producers are using and whether they qualify for the Renewable Fuel Standard program, according to language tucked inside the agency's 2020 RFS Renewable Volume Obligations. But several renewable fuel producers source unused cooking oil from third-party suppliers who, according to Clean Fuels Alliance America, are unwilling to hand over lists of their customers that they see as proprietary information.

Paul Winters, the director of public affairs and federal communications for Clean Fuels, said he knows of at least a dozen small renewable fuel producers that will run into problems getting the documentation required by the rule, as well as some larger companies. Used cooking oil helped produce around 300 million gallons of both biodiesel and renewable diesel over the past year and, according to Winters, has accounted for an average of 15% of the industry's total feedstock each year over the past five years. 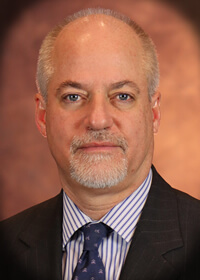 Winters said auditors with the Quality Assurance Program, a voluntary program within the RFS that validates RINs, have warned Clean Fuels member companies that they will issue "potentially invalid" RIN notifications for all gallons of biodiesel produced with used cooking oil beginning April 1.

The issue is currently one of several components of the 2020 RFS program standards being contested in a court case filed by five groups, including Clean Fuels. The case is currently being held in abeyance until June 24, which court documents say is the date the EPA expects to have finalized the 2021 and 2022 RVOs.

Clean Fuels recently filed a motion to split the complaint into a separate court case, arguing its members wouldn't be able to produce the necessary records by April 1.

In its opposition to the motion, the EPA argued the issue was "relatively minor" and did not warrant a separate proceeding. The court ultimately ruled down the motion to sever, which means it will remain a part of the larger case.

Winters said the EPA did not include the rule in its RFS proposals and never opened it up to public comment, which the agency confirmed in its opposition to the motion. However, the EPA did say that it plans to request public comment on the requirement in the future.

Under that system, the California Air Resources Board can collect the necessary information directly from the aggregators, rather than just the renewable fuel producers. This allows third-party suppliers to keep their customer lists confidential, while still allowing the agency to verify the feedstock sources.

"Another option is to have them hold the data if there's concern about the producer holding it," Shenk said.