The UN's Intergovernmental Panel on Climate Change is releasing a report today focusing on potential mitigation measures. Those include agriculture’s potential to reduce greenhouse gas emissions.

The report also is supposed to evaluate the costs and benefits of carbon capture and sequestration, which is now being looked at as a strategy to offset emissions from ethanol production.

Why it could matter: The report could give a boost to stalled efforts in Congress to enact at least some of the climate provisions in the Build Back Better bill. Ag Committee Chairwoman Debbie Stabenow has expressed hope that the BBB provisions could gain congressional approval.

Agriculture Secretary Tom Vilsack will be in Mexico today and tomorrow. The visit comes as the Biden administration is pushing Mexico to remove barriers to biotech seed traits.

He’ll talk to reporters from Mexico on Tuesday.

Nearly half of continental U.S. now hit by bird flu

Avian flu continues to march across the country, most recently hitting three turkey operations in North Carolina, as well as backyard and commercial flocks in Massachusetts, Wyoming, Ohio, Texas and North Dakota, according to the Animal and Plant Health Inspection Service and North Carolina Department of Agriculture and Consumer Services.

About 32,000 birds were destroyed at the first turkey operation in Johnston County, North Carolina, after highly pathogenic avian influenza was detected there last week.

Subsequently, the state’s ag department found HPAI at two other facilities containing about 28,000 birds. Both were located within the 10-kilometer zone established around the first detection site to conduct additional testing.

The disease has now been detected in 24 states.

The average new car will be required to get at least 49 miles per gallon by 2026 under fuel efficiency standards announced by the Transportation Department on Friday. That’s an increase of 33% over 2021, according to Transportation Secretary Pete Buttigieg.

Buttigieg called the higher CAFE standards “a particularly big win for drivers in rural areas” because of the distances they have to drive.

Keep in mind: Lower gasoline usage overall would translate into lower demand for ethanol unless blending levels rise enough to make up for it. 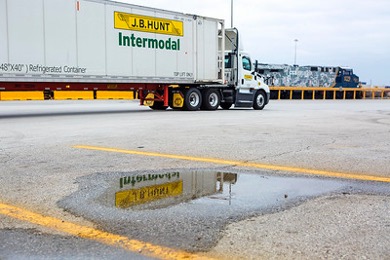 Shanghai lockdown is a new concern for U.S. ag exporters

China’s new lockdown orders for parts of Shanghai to counter Covid-19 infections are a threat to U.S. ag exporters who count on the city’s port. The port remains operational, says U.S. Meat Export Federation spokesman Joe Schuele, but the lockdown is taking a toll on trade.

“It's a concerning situation, not only from a demand standpoint with so many consumers being in lockdown, but also due to the challenges of getting product through the port,” Schuele tells Agri-Pulse. “The Port of Shanghai remains open 24/7, but cargo is backing up due to the lack of manpower and ground transportation. We're obviously hoping this is a brief interruption.”

GOP Sens, Marco Rubio, R-Fla., and Cynthia Lummis, R-Wyo., have added their voices to those pushing the Biden administration to allow farmers to plant crops on Conservation Reserve Program acreage to make up for production and supply losses caused by the Russian invasion of Ukraine.

Ukraine and Russia accounted for about 29% of global wheat exports and 17% of global corn exports before the war, but now both countries are struggling to ship their grains to international buyers. The European Commission ruled recently that EU farmers can plant crops this year on millions of acres of “fallow land” normally set aside for conservation reasons.

A Democrat and Republican in the House have teamed up to propose new tax credits as an incentive to attract and retain new truck drivers.

The two-year refundable tax credit proposed by Virginia Democrat Abigail Spanberger and Wisconsin Republican Mike Gallagher would be worth $7,500 for drivers holding a valid Class A commercial driver’s license (CDL) who drive at least 1,900 hours a year.

A second credit worth up to $10,000 would be available to people enrolled in a registered trucking apprenticeship.

The House passed a bill Friday decriminalizing marijuana, but there are no indications it will be taken up by the Senate, where New Jersey Democrat Cory Booker, Oregon Democrat Ron Wyden and Majority Leader Chuck Schumer have plans to introduce their own bill.

Only three Republicans were among the 220 House members supporting the bill, despite widespread public support for decriminalization. A sticking point for the GOP were criminal justice provisions in the bill, which would expunge sentences of those people with nonviolent federal marijuana convictions.

It also would authorize a sales tax on marijuana sales whose revenues would go to a trust fund “to support communities harmed by the War on Drugs,” said Rep. Jerrold Nadler, D-N.Y.

They said it. “Vladimir Putin’s invasion of Ukraine has resulted in historic levels of uncertainty and disruption within global grain markets, and the situation threatens nations which are at risk of experiencing food insecurity.” - Sens. Marco Rubio, R-Fla., and Cynthia Lummis, R-Wyo., in their letter asking Ag Secretary Tom Vilsack to open up CRP.