Rangeland cattle and sheep ranchers are among the most vulnerable communities during dry times. As the state slides into a third drought year, ranchers are already experiencing the impacts, with forage grasses peaking at least a month early. And the April megashowers needed to reverse the trend are not in sight, with a high-pressure ridge set to deliver warmer and drier conditions into the summer.

“In many parts of the state, conditions are actually quite a bit worse than they were a year ago at this time,” said Leslie Roche, a UC Davis associate professor of rangeland management, during a federal drought outlook webinar last week.

For the past two years, rangeland forage production for winter—and especially spring grazing—has peaked much earlier than average and with lower productivity levels, according to Roche. Production can vary wildly between years, locations and especially California’s many environments, and that variability is increasing further with climate change.

“Coping with—and adapting to—drought is critical to the sustainability of these operations,” said Roche.

In 2018 UC Cooperative Extension launched a coordinated drought reporting system to better assess the impacts. Those reports over the last couple of weeks are showing moderately to severely dry conditions in every section of the state, explained Roche. 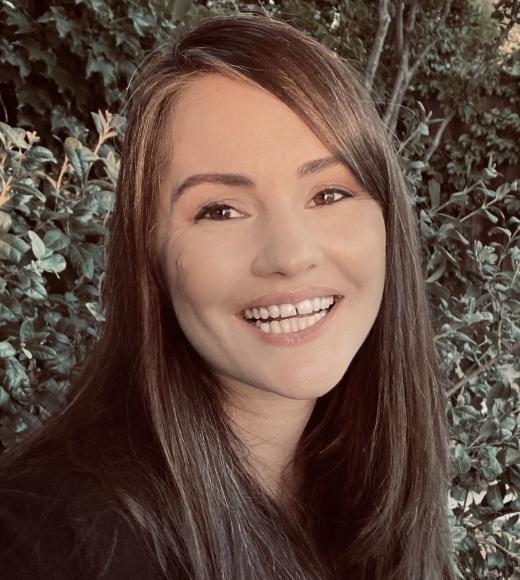 UC Davis Associate Professor Leslie RocheThe infrequent rainfall in March did not lead to significant changes to streamflow or soil moisture in the North Coast, which has felt the brunt of the drought and remains in a substantial deficit.

Creeks and ponds in the Sierra foothills that still flowed during the 2012-16 drought are going dry. Some ranchers here—as well as along the parched Central and South coasts—are selling and shipping livestock early for the second year in a row.

Grass is maturing more quickly in the Sacramento Valley under severely dry conditions. Reports show “they're pretty much done in in Glenn County,” said Roche. One local irrigation district in the valley will deliver no water to customers for the first time since the construction of the Central Valley Project—which was “particularly striking” since those are senior contractors.

San Joaquin Valley sheep producers have been getting creative by partnering with farmers to graze some stands of small grains that will not produce crops.

If more is rain to come, it may be too late to have an impact in regrowing grasses, said Roche.

“We are stuck baking beneath this high-pressure ridge that is preventing moisture and storms from making it to our region,” said Benjamin Hatchett, an atmospheric scientist at the Desert Research Institute, adding that Alaska and British Columbia are instead dealing with too much water.

Storage reservoirs are hovering at around 50% of average for most locations, meaning “in basically every case, we are behind.” The conditions have extended throughout the West, with Lake Mead on the Colorado River rapidly declining and hitting record lows since it was filled in the 1930s.

The silver lining is that California does have a higher soil moisture content than last year, which could benefit runoff. But Hatchett expects streamflows to peak early and fall quickly.

Snowmelt forecasts are only at 44% of average, according to Sean de Guzman, who manages snow surveys and water supply forecasting for the Department of Water Resources (DWR). The monthly snow survey recorded on Friday shows the statewide snowpack stands at just 38%. While it should be at its highest at this time of year, the snowpack likely peaked in early March statewide and in mid-January in the northern Sierra.

A precipitation system last week soaked the Central Coast and Southern California but largely missed Northern California and the Sierra Nevada, according to Daniel Swain, a climate scientist at UCLA and science fellow at The Nature Conservancy. He expects that to be the last rainfall for the foreseeable future. A significant heatwave is setting in on Wednesday, which will “induce rapid loss of the remaining mountain snowpack by mid-April.”

Weather forecasters are expecting a La Niña pattern to continue into summer, defying earlier estimates that it would have dropped off much earlier. This has made the seasonal outlook drier and warmer for spring.

“We'll get some spring-summer precip, but it's not going to make a large impact,” said Nathan Patrick, a hydrologist with the National Weather Service California Nevada River Forecast Center.

The U.S. drought map is almost identical to this time last year, with nearly half of the country experiencing moderate drought.

“The conditions we are seeing today speak to how severe our drought remains,” said DWR Director Karla Nemeth on the new snowpack readings. “All Californians must focus on conserving water now.”