Cuba intensifies calls for US food

Cuba has struggled for decades to feed its people, but because of U.S. sanctions and the impacts of the COVID pandemic, the country is becoming more desperate for help buying U.S. grain and meat.

That desperation — from a country that is both planting and importing less, thanks to a shortage of hard currency — was on full display last week as the government greeted visiting U.S. ag representatives like rock stars.

Cuban President Miguel Díaz-Canel ordered his staff at the Revolutionary Palace in Havana to break out bottles of 15-year-old rum and hand out Cohiba cigars like Halloween candy to the delegation of officials from the U.S. Wheat Associates, USA Rice Federation, National Corn Growers Association, USA Poultry & Egg Export Council, the U.S. Dry Bean Council and the Georgia Farm Bureau.

“We attach great importance to this visit,” Díaz-Canel told the delegation in an opulent hall of the palace filled with an indoor forest of lush green trees. “We recognize the U.S. as an important neighbor. There is a huge potential to build bridges.”

“They put out the red carpet for us,” said Tom Haag, first vice president of the National Corn Growers Association and a member of the delegation that was organized and led by the U.S. Agriculture Coalition for Cuba. 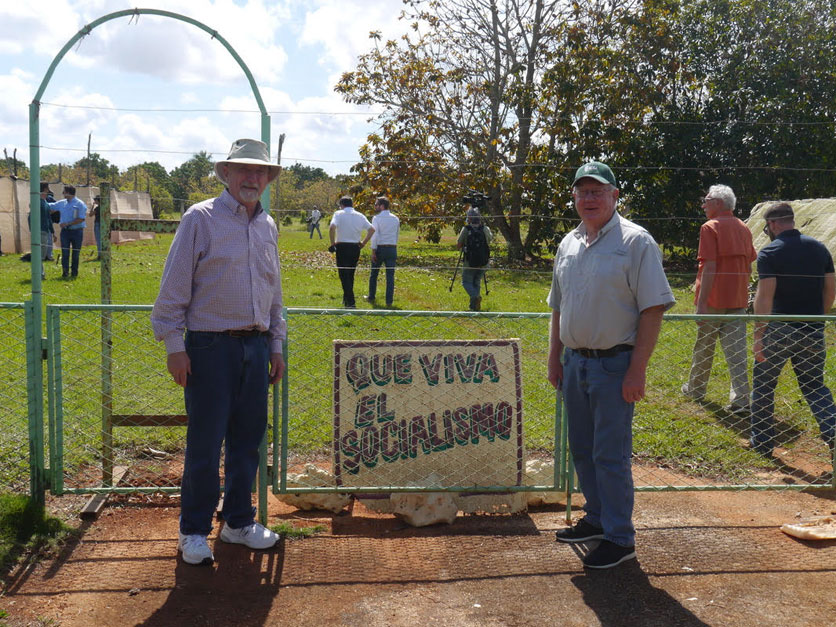 National Corn Growers Association CEO Jon Doggett (left) and First Vice President Tom Haag (right) at a Cuban farm.  The reason for the strong reception was clear, Haag said. Cuba wanted the delegation to carry a forceful message back to the White House and Congress that the Cubans really want to buy U.S. ag commodities and sell Americans some of their goods like cigars, rum, tropical flowers, avocados, pineapples, papayas, and mangos.


“We count on the U.S. farmers to help us lobby (the U.S.) Congress to change policies toward Cuba,” Johana Tablada, director of U.S. affairs at Cuba's Ministry of Foreign Affairs, told Agri-Pulse.

Cuban Minister of Trade and Investment Rodrigo Malmierca met the delegation personally at the ministry to stress that Cuba wants to buy a lot more U.S. grain and meat. In the short term, Cuba will likely more than double its ag imports from the U.S. this year to as much as $500 million, he said. That’s because shipping rates to bring in Asian rice and French wheat have become too expensive, and grain shipments from the Black Sea have been all but cut off.

But Cuba also wants to be a reliable and much larger customer in the long term, and policies are preventing that, Malmierca said.

Congress passed the Trade Sanctions Reform and Export Enhancement Act of 2000 more than two decades ago to put a crack in the long-term trade embargo and allow U.S. farmers to ship their goods to Cuba, but the law also forbids U.S. banks from playing a role in the trade and requires Cubans to pay cash in advance.

Cubans can get financing for a year to pay for Canadian wheat or Vietnamese rice, said Malmierca, but they would much prefer to buy from the U.S.

“The fact that we don’t have access to credit is a major factor,” he said. “Even if we could just get 90 days of credit, that would help.”

The frustration at not being able to do more business with the U.S. was palpable in discussions with officials like Malmierca, Tablada, and Alejandro Mustelier Zamora, general director of Alimport, Cuba’s government import agency.

Díaz-Canel and his ministers went to great lengths to express their anger with the Trump administration for restricting U.S. tourism (a major source of hard currency for the country) and voice their frustration over the Biden administration’s failure to reverse those restrictions and end the 60-year-old trade embargo.

It’s a frustration shared by U.S. farmers and their organizations. Take, for example, the case of American rice producers.

“Cuba at one time was a top destination for U.S. rice, and America's rice farmers stand ready to supply Cuba again,” said Asiha Grigsby, USA Rice’s director of international promotion for the Western Hemisphere. “We strongly urge the Biden administration to reevaluate the issue of Cuban access to U.S. credit because it would benefit everybody.”

“The price of Vietnamese rice is lower (than U.S. rice), but we are losing this advantage because of the freight,” Zamora told Agri-Pulse.

For now, Alimport continues to purchase cheaper rice from Vietnam and elsewhere because the Cuban agency gets credit and Cuba is frugal with its hard currency. But working in favor of U.S. rice farmers is the fact that they are much closer to Cuba, cutting freight costs substantially.

One member of the delegation who asked not to be named in this story said he also had a conversation with Zamora and was pleased to hear the Cuban official say that he was “very interested in buying from the U.S.”

Cuba hasn’t purchased any U.S. rice so far this year, according to USDA data. Cuba made relatively small purchases from 2012 through 2021, but it’s been more than a decade since Cuba was buying millions of dollars' worth of the U.S. grain annually.

It’s not just rice that the Cubans seem intent on purchasing more of this year. Dalton Henry, vice president of policy for the U.S. Wheat Associates and another delegate in Cuba last week, came away optimistic after a Havana meeting with two Alimport officials and a Cuban miller.

The Alimport officials pressed Henry for detailed information on buying U.S. wheat, such as prices, availability and even levels of dockage – the level of unwanted foreign material in grain shipments.

When told during the meeting on the veranda of the Hotel Quinta Avenida in Havana that he could get U.S. wheat for $450 to $490 per ton, freight on board, Caridad Fernandez, a technical director for the import agency, said he was impressed and asked to sign up for the USW weekly price report. 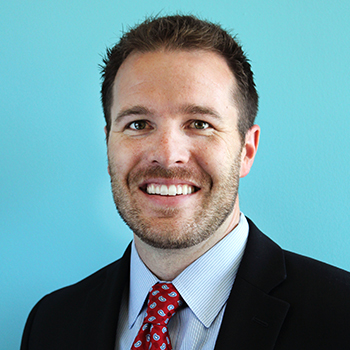 Dalton Henry, U.S. Wheat Associates Fernandez was further impressed that the common dockage level was just 1% and that he wouldn’t have to pay for that content. Cuban importers, he said, were accustomed to 4-5% dockage.

Doug Keesling, a Kansas wheat farmer, was also sitting in on the meeting, was quizzed by the Alimport officials about where he stores his grain, who he sells it to, how much he sells it for and the protein levels of his crops.

Fernandez asked for contact information at Cargill, ADM and Bunge.

“It’s clear that U.S. policy is harming the Cuban economy and they’re feeling the pressure from that, but at the same time … clearly there was a desire for a better relationship,” said Henry, who also stressed that gaining a large share of Cuba’s market for wheat would be substantial for U.S. farmers.

Cuba grows virtually no wheat and imported about 750,000 metric tons annually before the pandemic, according to Henry.

“That’s potentially a top-10 market for U.S. wheat that we’re currently not in at all.”

Meanwhile, Cuba is trying to demonstrate that it’s making new efforts to privatize its economy, starting with the ag sector.

Ricardo and Julian Leal, brothers who own an independent 20-hectare farm where they plant and harvest with tractors and machinery built in the 1950s, told Agri-Pulse that they are excited about new laws that allow them to be paid in hard currency.

The Leals sell their avocados, papayas and mangos that are eventually exported and then they are paid in foreign currency, allowing them to avoid the unstable Cuban peso. They said they are already planning to buy fertilizer and new tires for their Russian tractors.

Paul Johnson, president of the U.S. Agriculture Coalition for Cuba, says the recent push for privatization falls in line with U.S. demands for reform, but it’s unclear if the U.S. government will recognize those efforts.

“We don’t consider the U.S. an enemy,” Malmierca told Johnson and the rest of the delegation. “You have differences with lots of governments, but still trade with them.”