Daybreak May 2: Corteva shuts down operations in Russia

Seed giant Corteva is packing up and ceasing all operations in Russia as the country continues its military invasion of Ukraine, according to a press release from the company. Corteva also says it is working to help Ukrainian farmers who are trying to harvest and plant crops during the war.

“Since the onset of this tragic war, we have taken all possible action to support and protect our Ukrainian colleagues and their families, our customers, and the communities in which we operate, including through direct and indirect aid to address the immediate humanitarian needs,” Corteva said. “We have also put in place direct action to help assure as normal as possible 2022 growing season in Ukraine.”

Corteva further said it intends to “donate seeds to Ukraine, Africa, and the Middle East region for the 2023 growing season, to lessen the impact on global food production.” 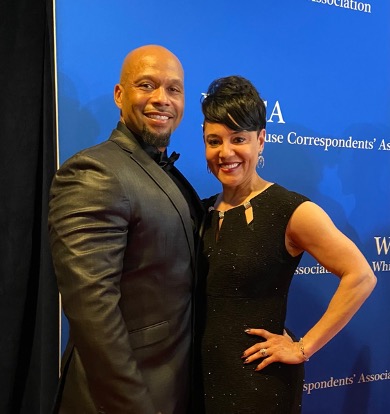 Deputy Ag Secretary Jewel Bronaugh and her husband, Cleavon, at the WHCA dinner

The White House Correspondents Association’s dinner was back for the first time in three years this weekend, another sign the country is slowly returning to normalcy. Deputy Agriculture Secretary Jewel Bronaugh and her husband, Cleavon, were Agri-Pulse’s special guests at the dinner, which celebrates the First Amendment.

Ag policy insiders who’ve been following the twists and turns of President Biden’s congressional agenda will appreciate some of the zingers that comedian Trevor Noah tossed his way. Biden was seated beside Noah.

“Ever since you came into office, things are really looking up. Gas is up. Rent is up. Food is up.”

“President Biden's lack of a filter does get him into hot water sometimes. You know, last month he caused a huge international incident, saying that Vladimir Putin should be removed from power. It was very, very upsetting to Russia until someone explained to them that none of the stuff Biden wants actually gets done.”

“The real reason that it’s such an honor to be here tonight is that we all get to be in the same room as the most powerful man in the United States. So let’s give it up for Joe Manchin, everybody.”

Biden also got in on the fun, opening his remarks by saying he was excited to commune with the "only group of Americans who have a lower approval rating than I have."

One common theme at the field hearing was the importance of conservation programs. There was some frustration aired with the time it takes to get funding through programs such as EQIP, the Environmental Quality Incentives Program.

“Speed is a problem,” said Glen Chown, executive director of the Grand Traverse Regional Land Conservancy in northern Michigan. “In all of these programs, there's a lot of bureaucracy. There's a lot of layered decision-making.”

Dairy producer Ashley Kennedy said it’s important to get “consensus from level to level through NRCS,” referring to the Natural Resources Conservation Service.

The next hearing will be held in Arkansas, Boozman’s home state.

Despite a pending Supreme Court case on federal wetlands jurisdiction, Regan told Idaho Republican Rep. Mike Simpson that EPA would continue its work on finalizing a pre-2015 definition for “waters of the U.S.”

The Supreme Court case “will address some aspects of WOTUS,” but not all of them, Regan said, which will allow EPA to quickly adapt its rule to the Supreme Court’s opinion.

“We know that electric vehicles are the future, but they're not going to be readily available for everyone tomorrow,” he told the House appropriations committee’s interior and environment subcommittee. “And so as we think about advanced technologies, we also think about advanced biofuels and advanced fuels.”

US pork exports get a boost from Philippines

The National Pork Producers Council is applauding a decision by the Philippine government to extend its tariff cuts for imported pork through Dec. 31.

Now the lower rates will be in place for another seven months, but NPPC is also urging the Philippines to again increase the size of the quota. The country last year expanded its import quota from 54,210 metric tons to 254,210 tons, but that only lasted up until the end of 2021.

“Under the lower tariffs and higher quota, U.S. pork exports to the Philippines increased by nearly 79% in 2021, topping $204 million compared with $114.5 million in 2020,” says NPPC. “But with the expiration of the higher (quota), pork exports have dropped dramatically in the first two months of 2022, with the U.S. industry sending just $13 million compared with $28 million for the same period last year.”

He said it: “We have engaged with farmers and ranchers and ag CEOs all across this country for over a year.” Regan said. “And we want to make good on the promise that we've made, which is providing a durable rule that will give them some regulatory certainty sooner rather than later” – EPA Administrator Michael Regan at the House Appropriations Committee’s interior and environment subcommittee.