Historic National Grange building to be sold to developer

The already historic National Grange, the oldest general farm organization in the United States, is on the verge of writing another chapter in its 155-year history with the sale of its 11-story headquarters building only a block from the White House.

A Grange official confirmed that negotiations are under way to sell the historic building to a private developer. The transaction would mark the end of an era not only for the Grange but also for agricultural organizations acting as their own landlords in Washington, D.C. 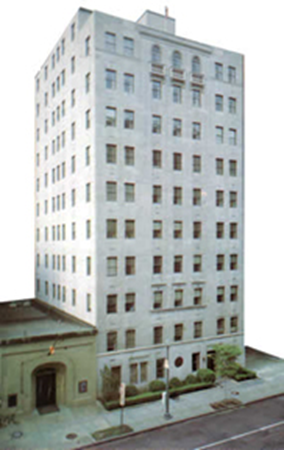 National Grange Headquarters Building at 1616 H Street (Source: the National Grange) “It’s more than the Grange needs,” the official said of the existing building. The buyer is expected to refurbish the building, potentially as a luxury hotel. Grange officers expect to remain headquartered in Washington and will seek rental space for staff.

Although the Grange bought its first office building in 1943, the current headquarters was erected in 1957. Then-President Dwight D. Eisenhower dedicated it in a ceremony in June 1960.

“The Civil War was the root cause of the founding of the first great general farm organization in the United States, the National Grange of the Patrons of Husbandry,” wrote the late Lowell K. Dyson, a former USDA Economic Research Service historian, in his comprehensive 1986 book, “Farmers’ Organizations.”

The organization dates to Dec. 4, 1867, in a small building at the then-new Department of Agriculture when eight employees created the Patrons of Husbandry, a fraternal and social organization for farmers. The Grange name was added shortly thereafter.

“It grew rapidly as a voice for farmers against high freight rates being charged by railroads,” wrote former University of Illinois Professor Harold T. Guither in his book, “The Food Lobbyists,” in 1980. “It also laid the foundation for farmer cooperatives.”

Names of the founders are inscribed on a marker located near the site of the original USDA building on the National Mall at 4th Street SW near Madison Drive NW.

One of the first farm organizations to get out of the real estate business was the National Milk Producers Federation, which sold its Capitol Hill building at 50 F St NW and bought offices in suburban Arlington, Virginia. The group subsequently sold the building and moved to rented space.

Two years ago, the National Association of Wheat Growers moved to rented space after its National Wheat Foundation sold the office building it had occupied since 1978.

The National 4-H Council completed the sale of its expansive conference center on 12.2 acres in the suburb of Chevy Chase, Maryland, late last year.

The exception to the trend has been the National Rural Electric Cooperative Association, which sold a prime office building on Dupont Circle in Washington in the 1980s to move to Arlington, where the group built a high-rise office building for its new headquarters and added an adjoining building near a station on the Washington Metro subway.