Key senators are seeking to waive rules that sharply increase the cost of shipping U.S. food assistance overseas just as anti-hunger groups are set to call for far more aid than the Biden administration has requested to address the developing global food crisis.

In a statement last week, Risch asked President Joe Biden “and my colleagues in Congress to work with me to immediately enact reforms that will ensure there is more food in our food aid, because hungry people can’t eat transportation costs.” 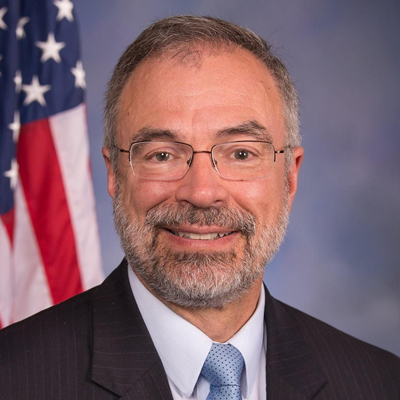 The cargo preference requirement got renewed attention on Capitol Hill with the Agriculture Department’s announcement last week that it would have to spend $388 million to ship and distribute $282 million worth of U.S. commodities in Yemen and five African countries.

The top Republican on the House Agriculture Appropriations Subcommittee, Maryland Rep. Andy Harris, told Agriculture Secretary Tom Vilsack that food aid should have been exempted from the U.S.-carrier requirement because of the ongoing food crisis.

“Now, I have a little heartburn over that (shipping cost) because that seems like the tail is wagging the dog,” Harris said.

USDA didn’t respond to a request by Agri-Pulse for a breakdown of the shipping and distribution costs. Agriculture Secretary Tom Vilsack told Harris the original cost estimate was even higher.

A recent study found that the cargo preference rule added about 36%, or $47.5 million, to the cost of shipping food from fiscal 2013 through 2018 and supported only 495 U.S. maritime jobs.

“There’s a substantial markup between a U.S.-flag ship and a foreign ship carrying food aid,” said Stephanie Mercier, a former economist for the Senate Agriculture Committee who co-authored the study.

The markup is higher for commodities shipped in bulk carriers versus containers. In 2018, the cargo preference added 40% to the cost of shipping bulk commodities, the study found.

But Bryant Gardner, a lobbyist for New York-based carrier Liberty Maritime Corp., said the waiver Coons and Ernst have proposed is unnecessary because the government already has the legal authority to ship food aid on foreign carriers if U.S.-flag ships aren’t available at “fair and reasonable” rates.

“In recent years, USAID has been exempting about 40% of cargoes under those waivers, resulting in that [approximately] 30% carriage by American ships,” Gardner said in an email. “Last we checked compliance was closer to 25% for the current year.”

He also noted that most U.S. international food assistance is now provided through local purchases and cash vouchers rather than in U.S.-produced commodities.

Meanwhile, a coalition of aid organizations is preparing a letter to lawmakers that will call for $5 billion in food aid and humanitarian assistance beyond what has already been appropriated by Congress. Ahead of Russia’s invasion of Ukraine, the groups had put the need at $3.8 billion.

“Given the price of food nowadays and the increasing famine conditions in places like the Horn of Africa and Yemen, we think that ($5 billion) is a little closer to the need,” said Ryan Quinn, deputy director of government relations for Bread for the World.

The White House last week sent a supplemental funding request that would earmark $1.6 billion for the U.S. Agency for International Development for emergency food aid and humanitarian assistance. Half of that amount would go to USAID’s International Disaster Assistance account, which can provide food aid in the form of cash vouchers or purchases of locally produced commodities.

USDA would get another $100 million for the Food for Progress program and $20 million for the Bill Emerson Humanitarian Trust, which is being used to fund the $282 million in purchases of U.S. food announced last week.

Under Food for Progress, U.S. agricultural commodities are sold on local markets in low-income countries, with the proceeds used to fund agricultural, economic, or infrastructure development programs.