President Biden’s bid to induce more double cropping of wheat and soybeans would likely have just a modest impact on production, according to an analysis by the American Soybean Association.

Keep in mind: Farmers are expected to plant 91 million acres of soybeans this year, according to USDA. Total wheat plantings for 2022 are estimated at 47 million acres.

Raising loan rates would increase the chance growers could get payments in case of a sharp drop in commodity prices. Higher loan rates also would provide more operating cash to growers who use marketing loans on their crops. “Given the high cost of inputs this year, the extra liquidity can provide a helpful bridge until the crop is sold. This can allow producers more time to sell crops,” the report says.

By the way: Stabenow confirmed that several senators have holds on Margo Schlanger’s nomination to be USDA’s assistant secretary for civil rights. 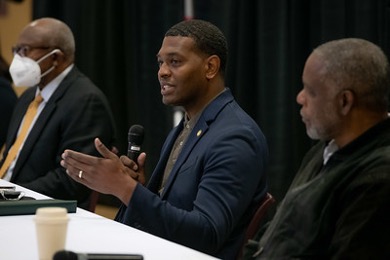 A new environmental justice enforcement strategy released by the Justice Department includes the renewed use of what are called “supplemental environmental projects.” SEPs have been included in past settlements involving concentrated animal feeding operations.

The strategy “epitomizes the Biden-Harris administration’s commitment to holding polluters accountable as a means to deliver on our environmental justice priorities,” said EPA Administrator Michael Regan. “Critical to that is the return of supplemental environmental projects as a tool to secure tangible public health benefits for communities harmed by environmental violations.”

Why it matters: The Trump administration stopped including SEPs in enforcement settlements, but they were previously used to require CAFOs to make environmental improvements around their operations. A major settlement in 2001 included a requirement that Premium Standard Farms and Continental Grain Co. fund a $300,000 SEP to reduce air emissions and odors from swine barns in Missouri.

Branstad Farms, operated by former Iowa Gov. Terry Branstad’s brother, agreed in 2013 to spend $26,000 on wetland restoration after admitting to a violation of the discharge permit for its cattle feeding operation.

EPA is looking ahead to how it’s going to set biofuel usage requirements beyond this year, when there are no longer any specific levels required by the 2007 energy law.

In an interview for this week’s Agri-Pulse Newsmakers, Regan indicated that going forward, EPA is looking at setting renewable volume obligations, or RVOs, for several years at a time.

Regan said “setting RVOs in a way that looks at multiple years at a time” will help provide the certainty the industry needs.

In the Newsmakers interview posting today at Agri-Pulse.com, Regan also discusses the staffing challenges the department faces and the waters-of-the-U.S. rule.

A USMCA dispute panel ruled last December in favor of U.S. claims that Canada manipulated dairy quotas that were agreed upon in the U.S.-Mexico-Canada Agreement. The U.S. dairy industry has rejected Canada’s proposed revisions to its practices.

“We had a good and honest conversation, and we’re going to keep working on this,” Tai said.

Most of the sales for both marketing years was announced by USDA on a single day – April 28 – when the department showed China buying more than 1 million tons.

USDA plans to distribute $50 million to apparel manufacturers as it attempts to help the pima cotton and wool industries recover from the impacts of the pandemic.

The program will pay companies that experienced a 15% or greater decrease in sales in 2020. 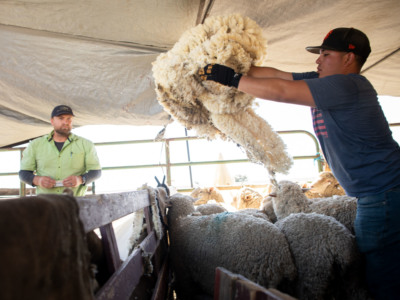 “While many manufacturers of these products shifted to the production of personal protective equipment, the industry has nevertheless struggled to recover from a persistent and significant decline in sales,” said FSA administrator Zach Ducheneaux. He said the aid will help American workers as well as domestic Pima cotton growers and wool producers.

She said it. “We are faced with unprecedented challenges in global food security with the war in Ukraine, escalating food prices, food availability and access challenges and the ongoing impacts of COVID-19 and climate change. This triple threat impacts our world's hungry, poor and vulnerable the most.” - World Food Prize Foundation President Barbara Stinson, announcing that the 2022 WFP laureate would be NASA scientist Cynthia Rosenzweig, who is renowned for her work in analyzing the impact of climate change on the world’s food supply.