Farmers may increase their double cropping over the next year regardless of whether there is an incentive payment from the government.

Some 39% of the farmers surveyed for the Purdue University/CME Group Ag Economy Barometer said they have used a wheat-soybean double-crop rotation at some point in the past, and nearly 30% of those who do have experience said they plan to plant more wheat this fall.

“The shift towards increasing wheat acreage is likely the result of the expected profitability improvement of the wheat/double-crop soybean rotation,” the survey said.

“It tells you people are looking at the price ratios,” said Purdue economist Jim Mintert. The wheat-soybean rotation “looks pretty profitable” in parts of Indiana, Illinois and Kentucky. 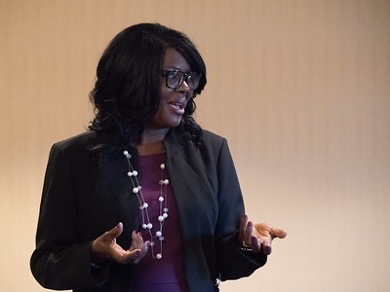 President Biden has finally filled another top position at USDA. The Senate on Tuesday confirmed Chavonda Jacobs-Young by a vote of 95-4 to be USDA’s chief scientist and undersecretary for research, education and economics. She has been serving as the administrator of the Agricultural Research Service.

The House Ag Committee resumes its farm bill hearings today by focusing on the Supplemental Nutrition Assistance Program, by far the largest portion of the legislation.

There will be a subcommittee hearing on Thursday focused on commodity and crop insurance programs and an additional farm bill hearing next week on non-SNAP nutrition programs.

Check out this week’s Agri-Pulse newsletter for a look at the idea of creating a permanent disaster program in the next farm bill. We also look at the issues in play in the Roundup case facing the Supreme Court.

US soybean exports booming in 2022

The U.S. exported $10 billion worth of soybeans in the first four months of the 2022 calendar year, setting a new record for January-April shipments, according to new trade data compiled by USDA’s Foreign Agricultural Service. The previous record for value was $9.2 billion, which was set in 2014, according to Mac Marshall, vice president of market intelligence at the United Soybean Board and U.S. Soybean Export Council.

Altogether, the new FAS data show the U.S. exported $66.8 billion worth of ag commodities in the first four months of 2022, up from $59.2 billion during the same period last year.

Ukraine sets up method to determine war damages for farmers

It’s far from clear how long the Russian invasion of Ukraine will last. But the country is already preparing for post-war reconstruction, and the Agriculture Ministry has finalized a method to calculate the damages to farmers and their fields.

The ministry has given no estimates on the extent of the damages, but Ukrainian farmers have suffered severe losses. Ukraine continues to report Russians are bombing farm equipment, stealing grain, laying mines in fields and destroying diesel supplies, but perhaps the most devastating is Russia’s naval blockade that prevents Ukrainian wheat and corn exports.

Pork processors waited too long to get involved in a lawsuit challenging a USDA rule eliminating line-speed limits in pork plants, a federal appeals court says.

The three-judge panel also observed that the companies “appear to suffer little prejudice now that all four of their relevant plants have received line-speed permits.”

Members of the New Democrat Coalition, a caucus made up of fiscally moderate Democrats, are urging Commerce Secretary Gina Raimondo to prioritize rural America when distributing money from a bipartisan innovation bill being worked out in Congress.

In a letter to Raimondo on Monday, members of the coalition's rural reinvestment task force highlighted the potential $45 billion in funding for supply chain resilience, plus $4 billion for economic development and $9 billion for trade adjustment assistance.

Take note: Congressional negotiations are continuing on the bipartisan innovation legislation, which will combine the House-approved America COMPETES act and the Senate-approved USICA.

She said it. “I drove it from Michigan to here this last weekend and went by every single gas station. It didn’t matter how high it was.” - Senate Agriculture Chairwoman Debbie Stabenow, D-Mich., talking about her electric vehicle at a Senate Finance Committee hearing on Tuesday.