For years, the Environmental Protection Agency has had congressional guidance to refer to when setting annual blending targets under the nation’s biofuel mandate. But the expiration of that specific direction might actually lead to greater certainty for a program that has frequently lacked it.

The EPA is currently wrapping up its process for finalizing Renewable Volume Obligations under the Renewable Fuel Standard. Those volumes, which set the amount of renewable fuels required to be blended into the nation’s fuel supply, have been submitted to the White House Office of Management and Budget and are widely expected to be released in accordance with a consent decree the agency entered with Growth Energy that set a June 3 deadline.

But as stakeholders await the finalization of RVOs for 2021 and 2022 – as well as potential retroactive cuts to the 2020 RVO that enraged the biofuels industry – attention is shifting to how the agency might handle future announcements.

For his part, EPA Administrator Michael Regan says the administration is “already focused on 2023 and beyond.”

“We believe that the industry will see the strategy in getting the program back on track and looking at 2022 being that jump off point,” Regan said on Agri-Pulse Newsmakers. 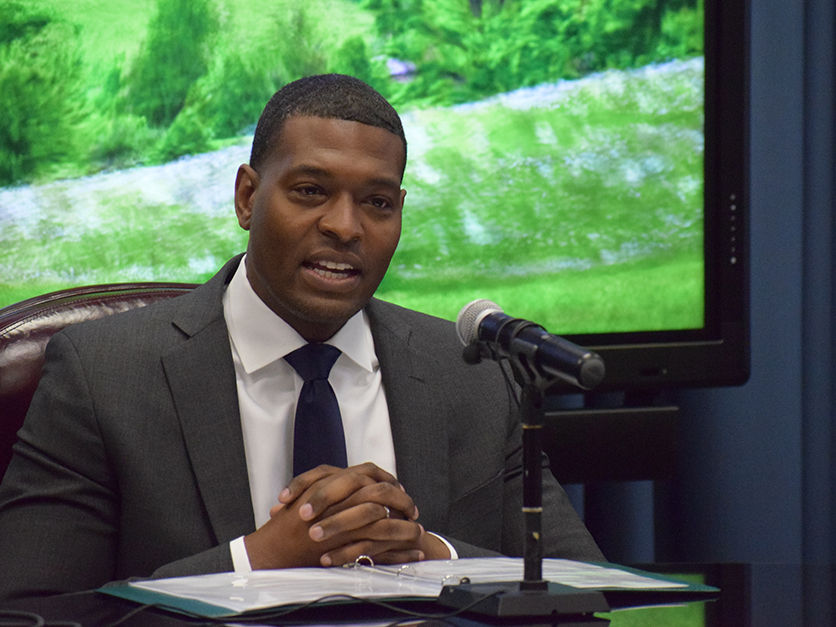 EPA Administrator Michael ReganOne strategy gaining traction on all sides of the RFS debate is setting volume targets for multiple years at once – on purpose this time.

Previous multi-year rollouts like the one expected in the next month, or the 2014-2016 grouping during the Obama administration, have occurred due to lagging agency action. But the biofuels sector and oil industry may be in agreement on the benefits of multi-year action from the administration moving forward.

Growth Energy CEO Emily Skor said such a move would “get a little bit more market certainty built into those RVOs.

“That’s what everybody in the supply chain is really frustrated with,” she said. “(The EPA is) late, and then they set requirements and then they backpedal with waivers or extensions or exemptions or what have you. So what we really want to see out of this administration is that they come out with numbers that are strong and then they hold to those numbers and force compliance by the compliance deadline.”

Clean Fuels Alliance America Vice President of Federal Affairs Kurt Kovarik echoed Skor’s thoughts and said it would be beneficial across the board for the different segments of the biodiesel industry.

“I'm hopeful that they'll use this 'set' opportunity to do a couple of years,” he said, alluding to the possibility of a 2- to 5-year RVO window. “We don't need to do this every single year. If they determine what they think we can produce, send those market signals for 2023, 2024, 2025, so that we all know what the playing field is.”

In a rarity for RFS discussions, the renewable energy producers appear to be in alignment with their conventional gasoline-producing counterparts.

Scott Lauermann, a spokesperson for the American Petroleum Institute, said the group is “supportive of this multi-year approach and the greater certainty it would provide, but [we] also continue to encourage EPA to adopt a more holistic policy for reducing emissions in the transportation sector and refocus the RFS program to concentrate on the carbon intensity of fuels.”

According to EPA ag adviser Rod Snyder, the agency is looking to update the modeling used to calculate greenhouse gas emissions reductions through biofuels usage. Currently, studies may be outdated or are “all over the board,” he told the North American Agricultural Journalists in April, so the agency is looking to “update EPA’s modeling somewhat to resolve that for ourselves.”

With broad support behind multi-year rollouts, the question then becomes just when the agency will be in a position to roll out the new volumes.

There’s broad recognition that the agency simply won’t be able to make headway on the next RVOs until the current volumes are finalized; the same staffers who would begin the next process are presently tied up with the current process.

Growth Energy is in the early stages of establishing a consent decree with EPA for a 2023 timeline and in late April filed paperwork seeking “an injunction requiring EPA promptly to promulgate a rule establishing applicable volumes for 2023.”

Asked about the issue in an interview with Agri-Pulse, Skor acknowledged the organization and the EPA are “having conversations” but declined to “talk about any timetable at this point.” In a statement when the filing took place, she said the prioritization of biofuels in the country’s fuel supply “can’t happen if EPA continues to fail to meet deadlines.

The agency is technically already behind; in years where congressional volume targets were established – up until 2022 – the agency was required to finalize RVOs by Nov. 30 of the previous year. Once those targets expire, the deadline moves to 14 months before the beginning of the compliance year. Under that timeline, EPA should have finalized the 2023 volumes in late 2021, but those targets have yet to be proposed with less than seven months before the year begins.

The outcome of the Growth Energy consent decree could ultimately set a timeline, but Kovarik says he expects the volumes to be finalized in early 2023. There’s also the question about how many years EPA plans to include in its first rulemaking of the RFS “set” process, which must be based on the rulemaking of the previous years as well as the agency’s analysis of a six-factor process including everything ranging from climate change to energy security.

As the industry negotiates a timeline behind closed doors and calls for volumetric expansion in public, Regan said the agency plans to keep ag stakeholders in the loop on conversations about the future of the program.

“The president indicated from day one that biofuels would be a part of the climate solution, and especially advanced biofuels,” he said. “As we get beyond these 2020, 2021 and 2022 RVOs and look at 2023 and beyond, we believe the future for biofuels is bright.”