RFS patience running on fumes for a frustrated biofuels industry

When President Joe Biden was sworn into office, the biofuels industry had a fresh sense of optimism, buttressed by what he said on the campaign trail, about the federal government’s governance of the biofuels mandate.

So far, that optimism hasn’t been met with corresponding action.

The deadline for the Environmental Protection Agency to finalize annual blending targets under the nation’s biofuel mandate is next Tuesday, and the administration has yet to release the proposal it sent to the White House Office of Management and Budget for interagency review in August. There’s also a stack of 65 applications for small refinery exemptions from the Renewable Fuel Standard on the agency’s desk awaiting action, including 29 for the 2019 compliance year and another 28 for 2020.

“It’s incredibly frustrating,” Growth Energy CEO Emily Skor said in an interview with Agri-Pulse. “The administration has to start looking at the RFS as a tool to meet its climate goals.” 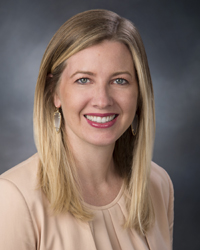 Under the law that created the RFS, EPA is to finalize annual blending targets – formally known as Renewable Volume Obligations – by Nov. 30 for the following year’s ethanol production and for the biodiesel production the year after that. Cooper said RFA is working to “get the logjam broken up at the White House and get these proposals out.”

“We haven’t even seen a proposal yet, so it seems very unlikely to us at this point that we’re going to have a final rule for 2022 before 2022 begins,” he told Agri-Pulse.

Despite the lagging timeline, he still believes the agency plans to go through a formal notice and comment period for the RVOs rather than finalizing figures without the opportunity for public input.

“That’s a 45, 60-day process from beginning to end, which means we’re probably looking at early 2022 before we have a final rule for 2022, and that’s if EPA gets the proposals out in the next few days,” Cooper said.

The timing of RVO rollouts is one of the few areas where the oil and biofuel sides of the RFS debate have common ground: Refiners want to know how many gallons of biofuels they’ll be required to blend into the nation’s fuel supply, while biofuel producers appreciate a clear picture of demand for their product.

Should the EPA miss the Nov. 30 deadline to finalize the 2022 RVOs – an all but certain outcome at this point – it would become the third consecutive administration to miss an RVO deadline.

The Obama administration was forced to release three years’ worth of volumes at once in 2015 after an oil industry lawsuit compelled a consent decree laying out a publishing schedule. The Trump administration missed a deadline of its own last year, pointing to demand and production uncertainties offered by the COVID-19 pandemic.

In September, reports emerged the EPA was considering a retroactive cut to the 2020 RVO, something that drew a quick and fiery reaction from biofuels leaders. According to a draft set of figures leaked to media and industry sources, EPA has been considering a reduction of 3 billion gallons from the 2020 RVO. About 2.5 billion gallons of that reduction would come from the conventional biofuel category typically viewed as corn ethanol. In 2019, the last time RVOs were released, EPA set that category at the congressionally-set target of 15 billion gallons.

“(The 2020 RVOs) are done, they are finalized. That would be an unprecedented act; we believe it would be an unlawful act,” Skor said. “There’s absolutely no need to justify reopening 2020 in addition to the fact that we just don’t think they have the authority to do that.”

The 2022 RVOs also offer special importance to the RFS as the final year in which the EPA will have congressional volumes as a guide in setting annual RVOs. In 2007, Congress set volumetric targets through 2022, suggesting at the time that the agency would then use market data to form new RVOs every year. Skor argued the 2022 volumes will “set the stage” for the next set of RVOs, so “getting those RVOs at 15 billion gallons is going to be incredibly important.”

While there is uncertainty on when the RVOs will be released and what they will look like, there is one form of certainty available to the agency and the industry: lawsuits are coming.

Growth Energy has already offered an intent to sue over the failure to issue timely RVOs. Cooper said if the reported 2020 RVO cut does in fact take place, “there’s going to be a swift and fierce reaction from our industry and we’ll be considering all of our options to make sure that RFS integrity is maintained.

Geoff Cooper, RFA“We just can’t operate in an environment where EPA is going back and changing things after the fact."

An EPA spokesperson said the agency has no updates on the situation beyond last week’s news of an extension of the RFS compliance deadlines. The industry wasn’t exactly thrilled with the news, but at this point is directing its lobbying attention at RVO finalization.

“As long as they’re going to comply, when they report it isn’t as big of an issue.” Ron Lamberty, senior vice president of the American Coalition for Ethanol, said in an interview with Agri-Pulse. “What does become an issue is that if you don’t give people the target before the year starts.”

The industry also has another powerful tool in its back pocket as Democrats try to shore up their support in rural areas - the words of Biden and administration officials themselves. During the campaign, Biden attacked then-President Donald Trump for his handling of the RFS, and administration officials, including EPA Administrator Michael Regan, subsequently made commitments to the biofuel industry.

The administration pledged to "get the RFS back on track,” Skor said. “We have been very clear with (Regan): Thank you, that means getting it out on time. That means meeting 15 billion gallons of conventional blending, and these delays are incredibly frustrating.”