Ukrainian farmers are short on diesel, fertilizer and manpower. They’ve been bombed, occupied, had their fields mined and silos and tractors destroyed by the Russian military. Ukrainian farmers have even had their grain robbed and sold overseas while they themselves are struggling to export because of a Russian blockade at ports, sources tell Agri-Pulse.

But Ukraine’s farmers are still planting their spring crops and planning to harvest their winter wheat to the best of their ability during the intensifying and bloody Russian invasion that has killed thousands and resulted in rising food costs that are hitting some of the poorest nations hardest.

Hobbled efforts to plant and harvest

Farmers have so far planted about 34.9 million acres of spring wheat, spring barley, canola, oats, sunflower, soybeans, potatoes and other crops, as of May 5, according to government and private estimates. That’s about 6.9 million acres less than at this time a year ago, but it’s also a lot given the difficult circumstances.

“Our farmers are champions,” says Viktor Korobko, of the Odesa-based VEA Brokers. “They are doing their best to adjust. There are a lot of mines in the fields. People who run the tractors are fighting instead and machinery gets damaged. Now diesel is a big deficit.”

Spring planting, which began in April for most crops, is about 80% complete, according to the latest data from the Ministry of Agrarian Policy and Food of Ukraine. While acreage and yields are expected to be lower for all of the country’s spring crops, corn and sunflower seed — the largest — is being watched closely. 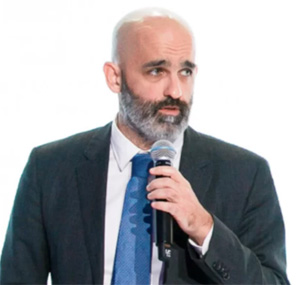 For corn, that’s about 17% less than they had planted at the same time a year ago, says Andrey Sizov, head of the analysis firm SovEcon and author of The Sizov Report.

But planting isn’t production and yields are expected to be worse than the roughly 3.2 tons per acre that Ukrainian farmers got last year when they had plenty of fertilizer and pesticides.

The largest of Ukrainian farms managed to secure as much as 70% of the fertilizer they need, but smaller farms got much less, Korobko said.

Meanwhile, Ukrainian wheat farmers have been applying nitrogen fertilizers to their 16 million acres of winter wheat, the ag ministry said last week, and harvesting is expected to begin in July and run through August. The winter wheat was planted well before the Russian invasion began on Feb. 24.

A patchwork of desperate export routes

Ukraine already has millions of tons of old crop corn and wheat in storage and farmers have been scrambling to piece together routes to export that grain since the war began and the Russian navy blocked off Ukrainian ports on the Black Sea.

Countries in North Africa, the Middle East and Europe need that wheat and corn, and consumers there are watching as food prices inflate.

“The shortage of Ukrainian grain is already globally affecting all food products in many countries around the world. If our ports are not unblocked in the coming months, the world may start a food panic,” Minister of Agrarian Policy and Food of Ukraine Mykola Solsky said Friday. “And prices will go up by 20-30%.”

Take Angola for example. The country produces almost no wheat, but consumes 650,000 metric tons of wheat flour annually. Angola, according to FAS, normally gets 30% of its wheat from Ukraine and Russia. While Russian exports are flowing, prices are rising and Angola is still struggling. In a report out of Luanda, FAS notes “the increased cost of imports, including food, is threatening food security (in Angola). The Association of Wheat Flour Producers of Angola have stated that the situation could cause the consumer price of wheat flour to rise by 40% or more.”

But Russia has only been intensifying its attacks on Odesa, and there is no sign Ukraine can ship out of its ports any time soon.

Ukrainians are funneling their grain west and south to circumvent the Russian navy, but it’s a slow and complicated process.

Thousands of trucks full of Ukrainian old crop corn, wheat and sunflower seed are now making the long trip through the south of Ukraine to the Romanian river ports of Izmail, Reni and Kiliya on the Danube River, much of which is being loaded on the tight supply of barges and taken to the Romanian port of Costanta, where it is loaded on Handymax and Panamax-sized ships that are destined for Egypt, Iran, Portugal, Spain and elsewhere.

There are now about 1,200 trucks full of Ukrainian grain queued up to deliver their cargo to barges at the river port in Rani, says Vitaly Kushnir, an adviser to the Ukraine Agriculture Ministry.

To the west, Ukrainian, Polish and Lithuanian transportation officials are still working to improve rail freight for Ukrainian exports, but that’s also complicated. Lithuania has pledged the use of its port of Klaipeda on the Baltic Sea for Ukrainian farmers to ship their corn and wheat, but Ukraine will have to send the grain by rail through Poland, skirting Belarus, a Russian ally. 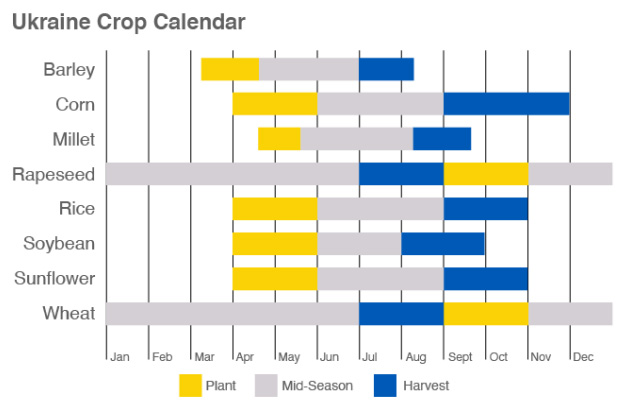 While Baltic ports “are ready to accept Ukrainian grain,” the ag ministry stressed in a web post last week, but noted that “the main question is how to deliver agricultural products there. The key problem with rail transport is that our grain trucks do not pass the narrow-gauge railway in Europe. We can only use European narrow wagons, of which there are a limited number.”

Much of that grain going to the Danube to the south or through Poland, Slovakia, Hungary and Lithuania was already sold before the invasion and the shipments are merely fulfilling old contracts that were disrupted by the war, according to one grain analyst who asked not to be named in this story.

Sizov says Ukraine exported just 800,000 tons of corn and 100,000 tons of wheat in April. That was about triple what the country exported in March, but also far less than what Ukrainians were capable of before the war.

The ad hoc export routes now being used for old crop supplies are congested and shipping is slow, but the situation will get markedly worse when Ukrainian farmers are harvesting because farmers in surrounding countries will also be harvesting and looking to export their grain.

"Besides, we need to understand that in exactly two months Romanian, Bulgarian, Serbian, Hungarian winter wheat and barley will be sold by local farmers,” Solsky warned on Friday. “There will be strong competition, which will make it difficult for us to move in this direction. We will not be able to ask the governments of these countries to set aside the locals and serve only us.”