Ukraine’s farmers are preparing to begin this year’s problematic summer harvest on the 75% of fields not under Russian occupation, but producers, analysts and political leaders are preoccupied with the broader question of where the grain will be stored as efforts falter to reopen exports through Black Sea ports.

Ukraine, says Prime Minister Denys Shmyhal, “has taken all measures to successfully carry out the most difficult sowing campaign in history,” but stressed the obstacles are substantial to the harvest that’s expected to begin in just a few weeks.

Most immediately, farmers need diesel. Ukrainian farmers are fighting to save their livelihoods as the country’s soldiers fight to try to hold back the Russian military, but neither can succeed without fuel.

As negotiations continue to open a corridor to allow Ukraine to export the millions of tons of grain and vegetable oil trapped in storage, government agencies are scrambling to get the fuel farmers need to harvest their corn, wheat, barley, canola, oats, sunflower, soybeans, potatoes and other crops.

Diesel is in short supply, which is why Shmyhal says he’s asking government ministries to give up any supplies they can and hand the fuel over to farmers.

Farmers are expected to begin harvesting winter wheat and some spring crops such as barley and canola early next month. The latest forecasts from USDA show Ukraine producing 21.5 million metric tons of wheat this year, a 20% decline from last year.

The USDA last week raised its forecast for Ukraine’s corn harvest this summer to 25 million metric tons, which is more than the 19.5 million tons it predicted in May, but still far short of the 42.1 million tons harvested last year. The corn harvest is expected to begin in early September.

Ukraine’s sunflower seed harvest is also set to begin in September, and USDA is predicting a harvest of 9.5 million tons, a 34% decline from last year. 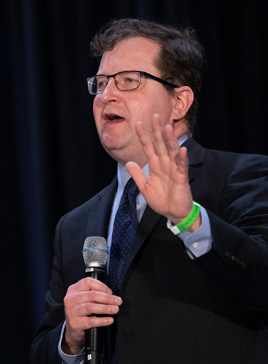 But even if Ukraine’s beleaguered farmers are able to harvest all of their crops, the problem of what to do with all of that grain and oilseed may be even bigger, says USDA Chief Economist Seth Meyer.

Ukraine has roughly 20 million tons of grain in storage already, and the Agriculture Ministry says it expects it will need capacity for another 30 million tons after the summer harvest.

The storage situation is complicated because of the variations in harvesting timetables and locations where storage is needed, says Meyer.

"The harvesting campaign will start in Ukraine in 2-3 weeks, while last year's grain is stored at the elevators,” said Ukrainian Agrarian Council Chairman Andriy Dykun in a quote documented by the firm APK-Inform. “We are doing our best to extend storage capacity and increase exports.”

Shmyhal, on his Facebook page, says he is counting on the Ministry of Agriculture to come up with emergency storage for 10-15 million metric tons of crops.

That’s why Deputy Minister of Agrarian Policy and Food of Ukraine Markiyan Dmytrasevych addressed the European Union’s Council on Agriculture and Fisheries this week. Ukraine asked for help with temporary storage and the EU, Dmytrasevych said, agreed to provide modular structures and plastic bags.

The need for storage would be vastly relieved if a deal could be reached with Russia to open an export corridor from any of the Ukrainian Black Sea ports, but efforts have been problematic.

Turkish efforts to open up such a corridor failed after direct talks between Turkish Foreign Minister Mevlut Cavusoglu and Russian Foreign Minister Sergey Lavrov in Ankara that briefly excited wheat futures markets over the potential of millions of more tons of wheat entering the international market, according to Arlan Suderman, chief commodities economist for StoneX Group.

Turkish President Recep Tayyip Erdoğan said he would talk to Zelensky and Russian President Vladimir Putin this week, but Andrey Sizov, head of the analysis firm SovEcon, says traders are “skeptical about the outcome” because Russia is demanding “direct and indirect sanctions against Russia must be lifted” in return for a deal.
Still, Ukrainian President Volodymyr Zelenskyy says details on the format of such a corridor are still being hashed out between Ukraine, the United Nations, the UK, Canada and the European Union.

The primary problem, Zelenskyy said in a recent speech at an event hosted by the International Institute for Strategic Studies, is that he doesn’t trust Russia to not take military advantage of a corridor that could create new access for the Russian navy to attack.

Ukraine must be convinced that it is safe to remove the defensive mines it laid off its coast in order for ships full of grain to leave its Black Sea ports, said Meyer, who met last weekend in London with Ukrainian officials. The problem, Meyer stressed, is that the mines not only keep ships from leaving Ukrainian ports — they also keep Russia’s navy at bay.

If an agreement could be reached soon, the corridor could be in place in time for the harvest, Meyer said.

“It’s not guaranteed to be a problem into the spring harvest, but every day ticking away makes it more difficult,” he said. 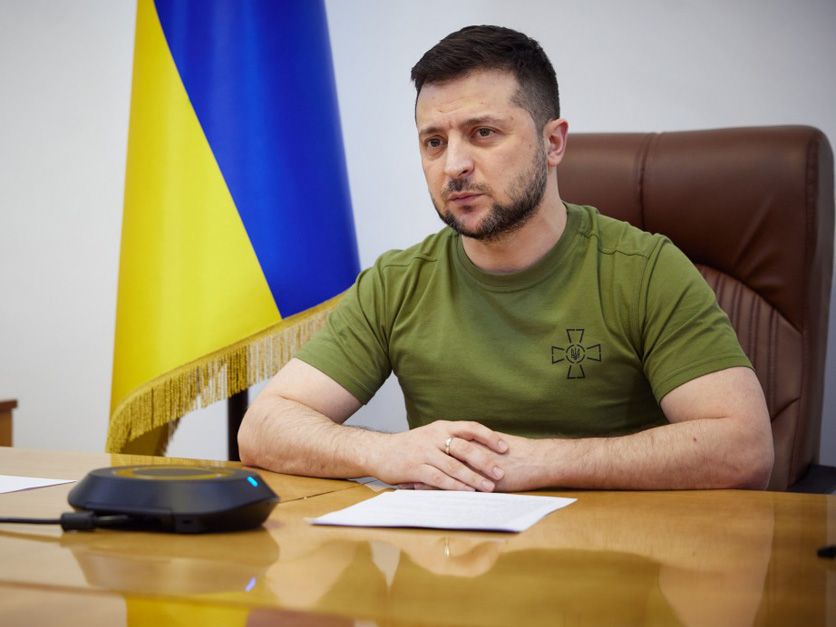 “If it is not possible,” said Zelenskyy, “the situation will remain unchanged.”

While Ukraine, together with allies to the west and south, has managed to cobble together export routes via rail, truck and barge to export its farm commodities through ports in Romania, Poland and Lithuania, the efforts won’t be enough.

“In March, Ukraine exported only 200,000 tons of grain through the western border by rail and via the Danube river ports,” said Dykun. “In May, it exported 1.7 million tons. We have greatly increased our capabilities, but this is still far from 5 million tons of exports that passed through ports before the war.”

But the situation will become even more complicated for Ukrainian ag exporters as European and Baltic countries begin their own harvests and start monopolizing the grain transportation systems.

"As Europe begins to harvest its own crops, our exports will decline. European business, first of all, will buy and transport its own grain,” Dykun said. “Today, the Ministry of Agrarian Policy and (Ukrainian railways) are doing incredible things for export, and they have achieved a lot. But, unfortunately, this is not enough. Ports are needed for full-fledged exports."