The Biden administration is announcing a plan today to transform the U.S. food system by improving supply chains and addressing issues exposed by the COVID-19 pandemic. Agriculture Secretary Tom Vilsack is providing details of the measures in a speech at Georgetown University.

The plan includes some previously announced initiatives, including funding to expand meat and poultry processing, but there also is $600 million in new aid to support food supply chain infrastructure outside meat processing.

The announcement also includes $400 million for regional food business centers, up to $300 million for a new organic transition initiative and $75 million to support urban agriculture.

On Thursday, Vilsack will be in Ohio with Democratic Rep. Marcy Kaptur to visit a full-service grocery store in central Toledo called Market on the Green.

Read more about the plan at Agri-Pulse.com.

Some 86% of the nation’s expected corn crop is now in the ground. That’s virtually in line with the five-year average pace at this point, although planting is still running well behind in North Dakota. USDA’s weekly Crop Progress reports that just 56% of North Dakota’s crop had been planted as of Sunday.

According to an analysis by the Senate Agriculture Committee’s minority staff, about 2.9 million acres of corn in North Dakota and Minnesota have yet to be planted, along with 1.2 million acres in Illinois.

North Dakota and Minnesota farmers also are behind in planting spring wheat. North Dakota usually accounts for half the U.S. production of spring wheat, and only 59% of the state’s expected crop is in the ground.

By the way: Sens. John Hoeven, R-N.D., and Amy Klobuchar, D-Minn., have asked USDA to make payments to farmers to offset the reduced crop insurance guarantee that comes with late planting. In a statement to Agri-Pulse on Tuesday, a USDA spokesperson said the department would “take a close look at the proposal put forward.”

Take note: Some 40% of the nation’s winter wheat crop remains in poor to very poor condition, including 80% of the crop in Texas and 51% of the Oklahoma crop.

One bill would mandate minimum levels of cash trading in cattle markets. The second would require the appointment of a special investigator in USDA’s Packers and Stockyards Division. 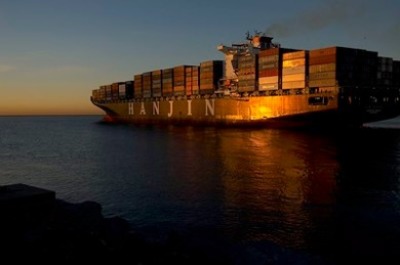 U.S. farmers depend on imported fertilizer, but the availability of global supplies is tightening, prompting four GOP senators to implore U.S. Trade Representative Katherine Tai to help facilitate trade with nations that are trusted sources.

Russia and Belarus won’t likely be suppliers for U.S. farmers for a long time. And the U.S. has tariffs on other major producers like Morocco and is in the process of placing duties on Trinidad and Tobago.

“Western countries with fertilizer supply problems will be competing for fertilizer from ‘friendly’ countries,” Grassley and Sens. Joni Ernst of Iowa, Roger Marshall of Kansas, and Deb Fischer of Nebraska say in a letter to Tai. “We cannot be left scrambling in 2023 and beyond to find crop nutrients, we need to begin working today to solve this inevitable challenge.”

The senators highlighted Canada as the best potential for increased trade and said the Biden administration should work to end the cross-border vaccine mandate between the two countries.

Taiwan moves up ranks as major US ag market

The U.S. exported $3.94 billion worth of U.S. agricultural commodities to Taiwan in 2021, an 18% jump from 2020, making Taiwan the sixth largest foreign market for U.S. ag products, according to USDA’s Foreign Agricultural Service.

It marked the second largest year ever for Taiwanese imports from the U.S., just behind the 2018 spike of $4.08 billion.

FDA and the CDC are investigating a multistate outbreak of hepatitis A infections potentially linked to fresh organic strawberries that were branded as FreshKampo and HEB and bought in March and April.

Seventeen people have been taken ill and 12 have been hospitalized, but no one has died, Fifteen of the cases were in California.

Another outbreak on FDA’s radar involves salmonella in Jif peanut butter. J.M. Smucker has recalled certain lots in the wake of 16 illnesses and two hospitalizations, and Giant Eagle is among retailers pulling items containing the peanut butter from its stores.

The Government Accountability Office says the U.S. needs a comprehensive national strategy on broadband access to prevent overlap among the 100 federal programs intended to expand the service.

GAO said efforts to avoid duplication of grants can disenfranchise still underserved rural areas who have previously received assistance. GAO also found significant differences in statutory requirements and definitions across the various programs. Congress may need to changes some laws to better align the programs, the report said.

Take note: The report comes after Congress recently authorized $65 billion in funding to broadband expansion last year and the U.S. has spent over $44 million on broadband from 2015 to 2020.

He said it. “Just think of how inflation is hurting farmers and consumers. We’ve got to bring prices down.” - Sen. Chuck Grassley, R-Iowa, asserting that legislation aimed at increasing the prices processors pay for cattle would lower retail beef prices.