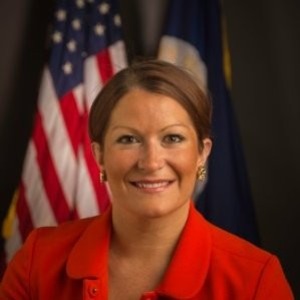 Chavonda Jacobs-Young was confirmed by the Senate, 95-4, on Tuesday to become USDA’s chief scientist and undersecretary for research, education and economics.

She has been serving as the administrator of the Agricultural Research Service. She has been at USDA for the last two decades serving in leadership positions such as acting director of the National Institute of Food and Agriculture and acting deputy undersecretary for the REE mission area.

Thieman joins JBS USA from Finsbury Glover Hering, where she served as a partner in the food and agriculture division in their Washington office. Thieman served as chief of staff to Agriculture Secretary Tom Vilsack during the Obama administration. Before that, Thieman served as senior professional staff on the Senate Agriculture Committee under the leadership of three committee chairs, including Tom Harkin, D-Iowa, Blanche Lincoln, D-Ark., and Debbie Stabenow, D-Mich.

Sarah Gallo has joined the Consumer Brands Association as the new vice president of product policy. Gallo comes to CBA from the Biotechnology Innovation Organization, where she served as the vice president of agriculture and environment. Before that, she worked for CHS as the director of federal affairs. Gallo also has Capitol Hill experience and has worked for the National Corn Growers Association and the National Farmers Union. You can watch Gallo’s Meet the Farm Hand interview here.

Kandis Boyd has been tapped as the new director of the Environmental Protection Agency's Chesapeake Bay Program. Boyd brings nearly 30 years of experience in environmental and atmospheric science. She previously served as the strategic adviser for the National Science Foundation’s Office of Equity and Civil Rights. 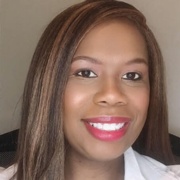 Kandis Boyd, Chesapeake Bay Program Aline DeLucia has left BASF, where she was the head of public and government affairs, Agricultural Solutions North America. DeLucia has been tapped to lead AgSpire as the company’s new CEO. AgSpire is a company focused on providing customized solutions for land-use outcomes. Before joining BASF, DeLucia was a congressional aide and worked for the National Association of State Departments of Agriculture and Syngenta.


New York Republican Rep. Chris Jacobs announced he will not run for reelection. A resident of Buffalo, New York, Jacobs represents the 23rd District in the northwest corner of the state. He sits on the House Agriculture Committee and serves on the Subcommittee for Commodity Exchanges, Energy, and Credits. Jacobs also serves in the House Rural Broadband Caucus.

Molly Jenkins has joined Purple Strategies as a manager. Jenkins previously worked on Capitol Hill for Rep. Mike Garcia, R-Calif., as his communications director. Before that, she worked on the House Energy and Commerce Committee as the press secretary for Rep. Greg Walden, R-Ore. 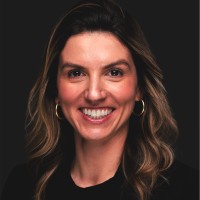 Rep. Adrian Smith, R-Neb., has hired Heidi Borg as his new agriculture liaison. Borg previously served as an agriculture liaison for the Pillen for Governor campaign. Before that, she was an aide to Nebraska state Sen. Julie Slama.

The U.S. Grains Council has brought on Teresa Myers as the council’s new meeting manager. Previously, Myers served as the conference manager for the American Society of Plant Biologists and also has experience with the American Nurses Association.

Katrina Stacey is settling into her new role as the communications manager for Field to Market. Stacey previously worked for the National Association of Conservation Districts as its communications coordinator.

Illinois Soybean Association has hired Jenna Siegel as its new market development coordinator. Siegel is a May 2022 graduate of Iowa State University, where she majored in agricultural business and minored in animal science.

Hugh Grant has been appointed to serve on the board of directors for CIBO Technologies. Grant brings almost 40 years of experience working in the agriculture industry. He served in a variety of roles at Monsanto, including executive vice president, chief operating officer and president. He held the roles of chairman and CEO from 2003 until his departure in 2018, after successfully leading the $60 billion sale to Bayer.

The Academy of Nutrition and Dietetics has elected new leaders to serve on its board of directors for the 2022-2023 year. Ellen Shanley has been elected as the new president. She succeeds Kevin Sauer, who has moved to the role of past president. Elected to serve as president-elect is Lauri Wright. A full list of all board members can be found here.

Reece Langley said he has resigned from the National Cotton Council “due to personal health and well-being matters in his family that need his attention at this time.” Langley served as the vice president of Washington operations for NCC.

After 35 years with the American Farm Bureau Federation, John Earl has retired from the organization. Earl worked as the director of technical resources and before that was the chief engineer for AFBF.