Competition in the seed business is either robust or severely diminished, according to comments submitted to USDA that reflect a deep divide in the industry over the question of consolidation and raise concerns about access to traits developed through biotechnology.

An executive order issued in July directed USDA “to prepare a report on concerns and strategies for ensuring that the intellectual property system, while incentivizing innovation, does not also unnecessarily reduce competition in seed and other input markets.”

The Independent Professional Seed Association said that there were 12 major multi-national companies involved in producing crop protection inputs for row crops, including seed, in 1992. "Today, that number is four” — Bayer, Corteva, BASF and Syngenta.

“Even more concentrated is the ownership of corn elite germplasm,” IPSA said. “About 90% of the commercial varieties are owned — directly or indirectly through licensing — by two companies. Bayer CropScience recently declared its germplasm ownership share at 55% and 35% can be attributed to Corteva — a concentration far higher than in any other country.”

In the past 30 years, IPSA said, “the market has lost 100 independent seed companies in the United States.”

Bayer and Corteva, however, maintained that the competitive environment is healthy. Bayer bought Monsanto in 2018, and Corteva was spun off as a separate company after the merger of Dow and DuPont.

Bayer said divestitures required to complete the acquisition of Monsanto “effectively maintained the robust competition that existed before the merger.” Assets sold off to BASF included most of the global cotton seed business.

And Corteva said the “combination of heritage companies into Corteva Agriscience is consistently delivering new products and boosting competition for U.S. farmers and providing more opportunities for agricultural retail businesses.”

The American Seed Trade Association, the primary trade group in the industry, emphasized that 95% of its active members are small businesses with annual sales of less than $15 million and said “over the past 10 years, seed prices only increased at an average annual rate of 1.3%.” ASTA also cited an Economic Research Service report that predicted seed expenses for farmers this year would remain unchanged. 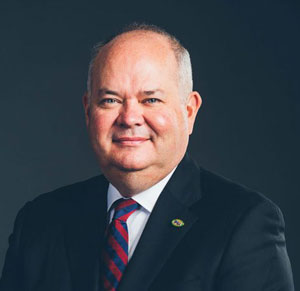 But prices had increased substantially before then, IPSA said. “Genetically modified seed prices rose more than 700% between 2000 and 2015,” IPSA said, noting in a footnote that prices have fallen since 2015, “with commodity price swings playing a significant factor.”

A major issue for those companies is the use of traits that have gone “off-patent.”

ASTA mentioned an effort by some companies in the industry “to facilitate the smooth transition to post-patent biotechnology traits in commercial markets.” What is known as the AgAccord “established mechanisms to ensure compliance with global regulatory commitments for post-patent products that may be developed in the U.S.”

But IPSA said the two agreements under that accord have not proved their worth.

“The Generic Event Marketability and Access Agreement (GEMAA), established in November 2012, has 10 signatories, and covers events under the governance of USDA (e.g., herbicide tolerance). So far, there seems to be no agreement established under the GEMAA. The second agreement, the Data Use and Compensation Agreement (DUCA) would cover insect resistance traits. However … the minimum number of event holders necessary to activate the system has not yet been reached.”

“The desirability and suitability of the GEMAA and DUCA set up to promote post-patent use beyond the current incumbents is, at best, questionable,” IPSA said.

The Center for Food Safety, an advocacy group, criticized the convergence of the seed and pesticide industries.

“We encourage USDA to explicitly acknowledge and address the fact that seed industry concentration is at the same time consolidation of two formerly distinct industries or sectors: pesticides and seeds,” CFS said. “Most germplasm resources, at least in major field crops like corn, soybeans and cotton, have been acquired by pesticide companies.”

“Besides the costs of resistant weeds, herbicide-resistant crop systems are inherently anti-competitive, in that they force farmers to buy these crops, where available, in self-defense, or suffer the drift-damaging consequences.”

The Open Markets Institute said market concentration may result in farmers paying more for seeds and seed treatments “because concentrated companies offer fewer products with more bundled traits and treatments.” Although traits in corn and cotton seed doubled between 1995 and 2013, “the trend toward more traits and treatments bundled in seeds increases risks that farmers may have to buy seeds stacked with products that they do not want or need (such as resistance to an insect not in their area).”

OMI also cited a 2018 survey of more than 950 U.S. farmers where 61% of respondents agreed they had “fewer seed variety options than 5 years ago,” which OMI called "significant as surveyed farmers also reported valuing variety as much, if not more so, than price. That said, prices are also rising. According to this same survey, 80% of farmers said their seed prices had gone up over the past five years, and 64% said their increased seed costs were not offset by productivity gains."

ASTA, Bayer and Corteva all emphasized the importance of strong intellectual property protections. “In order to facilitate the investment and innovation that Bayer and other current and future market participants have made, are making, and will make, strong intellectual property laws are imperative,” Bayer said. “It takes decades and many millions of dollars to bring a new biotech trait or pesticide from discovery in a laboratory to the commercial market.”

But the Center for Food Safety said the increasing use of “utility patents” covering genetically engineered crops has prevented the saving of seed.

“Patent claims generally apply to the genetic modification (e.g. the introduced transgene), the method by which it is accomplished, and/or the trait thereby generated. However, additional claims often seek to extend IP rights to the plant’s cells and the plants themselves, by virtue of the fact that they embody the transgene or genetic modification,” the group said.

“A single patent can cover the plant, seed, future generations, genetic traits, crosses with other varieties and the methods used to produce it,” said Kiki Hubbard, director of advocacy and communications for Organic Seed Alliance, in an op-ed in The Hill. “Owners of utility patents, therefore, have far-reaching control over access and use of their protected seed and commonly restrict breeding, research, and seed saving — the very practice that established the diversity of domesticated crops we enjoy today.”