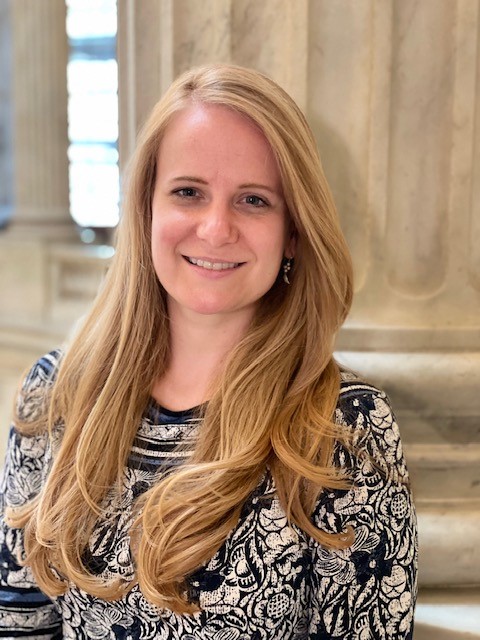 Michael Torrey Associates has brought Katie Naessens onto its policy team as vice president. Naessens previously served on the Democratic staff of the Senate Agriculture Committee as a senior professional staff member. She also worked at the Department of Agriculture during the Obama administration.

After nine years, Autumn Price is leaving Land O’Lakes to pursue a new opportunity. Her last day with the company will be July 22. Price most recently served as the vice president of government and industry relations. Matt Wohlman has been tapped to succeed Price. He joined Land O’Lakes in 2018 as senior director of state and industry affairs and brings more than 20 years of experience to the role. He has previously served as the deputy commissioner at the Minnesota Department of Agriculture.

Kelsey Swango Billings is the new director of innovation and stakeholder engagement at Field to Market. Billings previously worked at the National Council of Farmer Cooperatives as the senior director of industry affairs and sustainability as well as the PAC treasurer.

The International Dairy Foods Association has promoted Robert Rosado to vice president of legislative affairs. He was previously the senior director of legislative affairs. Rosado worked on the Senate Agriculture Committee under former Chairman Pat Roberts, R-Kan., as a senior professional staff member on issues related to nutrition and specialty crops policy. Before that, he worked for FMI-The Food Industry Association.

IDFA also elevated Andrew Jerome to associate vice president of communications. Jerome was formerly the director of external and member communications. He has also worked for Michael Torrey Associates and the National Farmers Union.

Dennis Rodenbaugh has transitioned into the role of president and CEO of Dairy Farmers of America. He succeeds Richard Smith, who stepped down after 16 years of service. Rodenbaugh most recently worked as the executive vice president of council operations and president of Ingredient Solutions.

Kelsey Barnes has joined the team at Farm Journal Foundation as the senior manager of government affairs. She previously worked at Syngenta as the manager of federal government relations. Before that, she worked for three years at USDA under the Trump administration, most recently as the chief of staff at the Rural Business Service.

The departments of Agriculture, the Interior and Homeland Security, through the Federal Emergency Management Agency have announced the selection of 47 members to serve on the Wildland Fire Mitigation and Management Commission. A full list of the selected individuals can be found here.

Joby Young started in his new role at the American Farm Bureau Federation on Monday. Young succeeds Dale Moore, who retired after 40 years in agriculture policy.

The School Nutrition Association tapped Lori Adkins as president for the 2022-2023 school year. Adkins is a child nutrition consultant for Oakland Schools ISD in Michigan. She also serves on the Oakland County Food Policy Council. She brings over 25 years of experience previously working as a school food service director in three different districts in southeast Michigan.

Feeding America has elected four new members to serve on its board of directors. They are: Anne Alonzo, Eric Cooper, Lisa Mensah, and Toni Stanger-McLaughlin. Alonzo has previously worked for Amoco, Kraft Foods Inc., Corteva, USDA, EPA and the American Egg Council. She currently serves as a senior adviser of Pollination, a global climate change advisory and investment firm. Cooper serves as the president and CEO of the San Antonio Food Bank. Mensah is president and CEO of Opportunity Finance Network, a network of Community Development Financial Institutions. Stanger-McLaughlin is a citizen of the Colville Confederated Tribes and serves as the CEO of the Native American Agriculture Fund.

Matt Schmitt is the new chief operating officer of Eion, a carbon capture and sequestration technology company. Schmitt’s previous work experience includes serving as the senior director of commercial carbon at Cargill and senior manager of data acquisition at EnerNOC. He also serves as a board member of Nori.

Natalie Burdsall has joined the Chicago Council on Global Affairs’ Center on Global Food and Agriculture as a communications officer. Burdsall most recently graduated from Loyola University with a bachelor's in global studies and communication studies.

Don McDowell is the new communications director for the Iowa Department of Agriculture and Land Stewardship. McDowell previously worked at Iowa Farm Bureau Federation as the grassroots program manager.

The department also promoted Travis Knight to serve as its new consumer protection and regulatory division director. Knight has been with the department for the last 17 years, previously as the laboratory bureau chief. Before that, he worked as an assistant scientist in the department of animal science at Iowa State University. 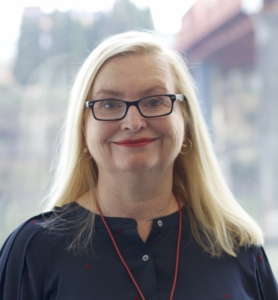 Janice Cooper, U.S. Wheat AssociatesThe World Food Prize Foundation has brought on Mackenzie Carlson as the organization’s new program manager of development and finance. Previously, Carlson worked as the executive director of the Pleasant Hill Chamber of Commerce in Iowa.

The Illinois Soybean Association has named DeAnna Thomas as the new media relations manager. Thomas previously served as a marketing manager for Taranis. She is also a former agriculture educator and FFA adviser.

Associated Milk Producers Inc. Co-President and CEO Donn DeVelder has announced he plans to step down from the helm at the end of the year. Sheryl Meshke, who has been co-president and CEO since January 2015, will continue leading AMPI.

The newly launched Tenpenny Law has recently joined in a strategic alliance with Stevens & Brand to help expand services to reach clients throughout Kansas, including rural communities and the Kansas City Area. After 24 years as a Senate staffer, Chad Tenpenny returned to Kansas to start Tenpenny Law. He most recently served as general counsel to Sen. Roger Marshall, R-Kan.