Their new legislation, dubbed the Inflation Reduction Act of 2022, includes a $5.57 billion estimated tax credit extension for biodiesel, renewable diesel and alternative fuels, along with $2.9 billion anticipated for a credit to transition the industry to a new slate of “technology neutral” tax credits that will sunset in 2027.

There's also an estimated $49 million tax credit for sustainable aviation fuel, the foundation for the airline industry’s pledge to use at least 3 billion gallons of biofuel by 2030 and a big part of President Joe Biden’s plan to achieve net-zero emissions by 2050. 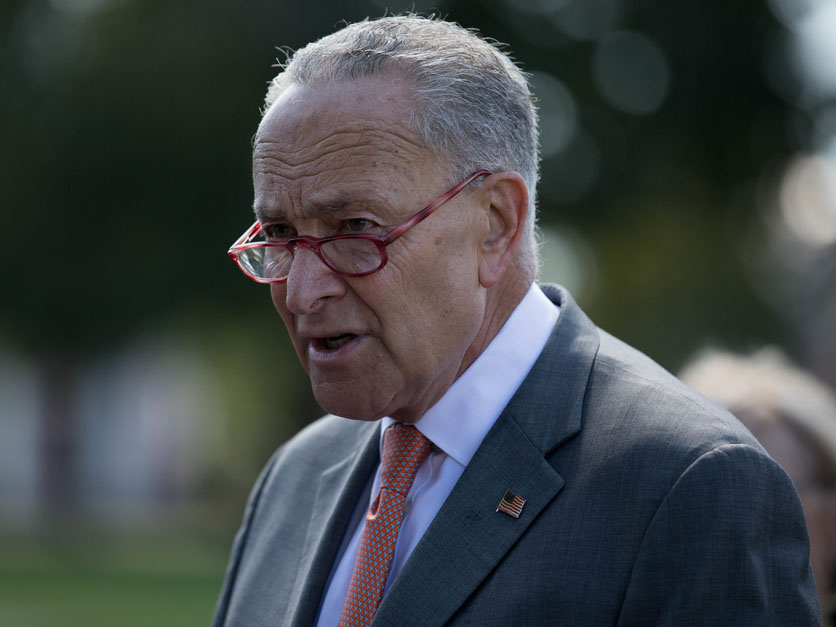 Senate Majority Leader Chuck Schumer, D-N.Y.“Every company and industry will be affected differently by the details of the many different provisions, but overall this package will provide much-needed incentives, a solid baseline for what is happening today and a forward-looking boost to the manufacturing of clean energy,” said Larry Schafer, a biofuels and tax expert at Playmaker Industries.

Under the bill, the current $1 per gallon blenders tax credit for biodiesel and renewable diesel would be extended through Dec. 31, 2024. These programs have been in place, on and off, for the last 17 years and legislators from both political parties sought to extend them last year.

In addition, it would also extend the 50-cent-per-gallon alternative fuels tax credit, as well as a credit of up to $1.01 per gallon second generation biofuel producer tax credit that expired in January.

“These were bipartisan proposals with very broad geographic support and that had very broad impact across the country,” said Paul Winters, the director of public affairs and federal communications for Clean Fuels Alliance America. “So we are very pleased that they’ve been included here.”

These tax credits would run out at the end of 2024, however, as the industry shifts to what has been dubbed “the Wyden approach” based on the idea championed by Senate Finance Committee Chairman Ron Wyden, D-Ore. of tying the tax credit incentive with greenhouse gas emission reduction percentages.

Under the Clean Fuel Production Credit, which begins in 2025 and would continue through 2027, producers would get up to $1 per gallon in tax credits based on the greenhouse gas reduction scores of their fuels. While the bill does not explicitly mention how these emission scores would be calculated, one biofuel industry source said they are likely to be based on the Argonne National Laboratory's Greenhouse Gases, Regulated Emissions and Energy Use in Technologies (GREET) Model.

Sustainable Aviation Fuel would get its own credit for 2023 through 2024. Each gallon of fuel produced would qualify for $1.25 per gallon plus $0.01 for each percentage point after 50% that life cycle greenhouse gas emissions were reduced.

Sustainable Aviation Fuel would then fall under the Clean Fuels Production Credit between 2025 and 2027, though the fuel would have its own credit system within the program. Each gallon of fuel produced would be able to qualify for up to $1.75 through the program, depending on greenhouse gas reductions.

Airlines for America, a trade association representing airlines, said in a statement they applauded the proposed program, which they believe will help them achieve the 3-billion-gallon threshold for sustainable aviation fuel use they set for 2030.

“Achieving these ambitious, mutual goals requires the aviation industry and government leaders to continue to work together to rapidly expand the production and deployment of SAF and improve its cost-competitiveness,” the group said in a statement to Agri-Pulse.

But ground transportation groups reliant on biofuels have criticized the bill. The National Association of Truck Stop Operators released a statement last week, arguing that giving more benefits for sustainable aviation fuel manufacturing would place disproportionate pressure on feedstocks, which could then hurt biodiesel and renewable diesel manufacturers.

“This bill purports to create a tech-neutral construct, where the amount of value and the amount of credit associated with producing clean fuels goes up as the cleanliness of the fuel goes up.” NATSO Vice President of Government Affairs David Fialkov said. “Which is something we've always been comfortable with, except here sustainable aviation fuel gets a high credit separate and apart from any underlying environmental or emission reductions.”

Sustainable aviation fuel is currently expensive for airlines to acquire. While several sugar- and fat-based feedstocks — like forestry residues, camelina and agricultural waste — can be used, many aren’t available in the significant quantities needed for consistent production.

Plus, SAF manufacturers will face competition acquiring feedstocks like corn that are available on a larger scale, University of North Dakota economist David Ripplinger says.

“If you talk about building out sustainable aviation fuel in this sector, that’s going to take up feedstock,” Ripplinger said. “If there wasn’t so much turmoil in terms of food and energy security globally, I’d feel much more comfortable about it. But it’s a challenge that American agriculture is going to have to work hard to meet.”