Leading farm groups are making another appeal to senators ahead of their August recess to reach agreement on reforms to the H-2A visa program for farmworkers.

“In order to protect America’s domestic agricultural production, the Senate must act now to provide stability for our existing workers and make key reforms to the H-2A program, the visa program farmers use to hire legal workers to supplement their U.S. workforce,” the Ag Workforce Coalition says in a letter to Senate leaders.

The signers include the American Farm Bureau Federation, which has continued to raise concerns about the House-passed Farm Workforce Modernization Act and a provision that would allow H-2A workers to sue employers. 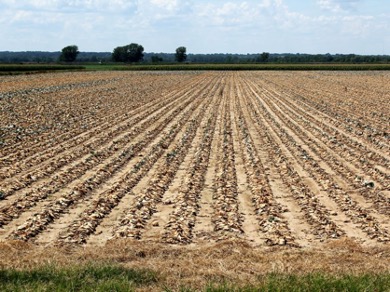 Next round of disaster payments will take time

A senior official with USDA’s Farm Service Agency is warning that the final round of disaster aid payments under the Emergency Relief Program will take considerably more time to process.

Speaking at the International Sweetener Symposium this week in Vail, Colorado, Associate FSA Administrator Steve Peterson also said he believes there is growing interest among producers for disaster assistance covering losses this year. The existing ERP program is limited to covering losses that occurred in 2020 and 2021.

Peterson says the next round of ERP payments will include producers who didn’t have crop insurance coverage or weren’t enrolled in the Noninsured Crop Disaster Assistance Program as well as for insured farmers whose “shallow” losses weren’t large enough to trigger indemnities. Quality losses also will be covered in the next round.

Payments for losses that farmers didn’t file a claim for will take longer to verify, he said.

USDA could go higher than $1B on climate program

USDA’s flagship program for building climate markets for farm commodities has blown past expectations. Ag Secretary Tom Vilsack budgeted $1 billion for the Partnerships for Climate-Smart Commodities program, only to get around $20 billion in applications.

Robert Bonnie, USDA’s undersecretary for farm production and conservation, doesn’t rule out that the department could allocate more than $1 billion, but said that’s up to the White House and Vilsack. The Office of Management and Budget hasn’t put a limit on the program, which is being funded through USDA’s Commodity Credit Corp.

“We thought it ($1 billion) was big enough that it put a strong marker out there. We were frankly surprised at the level of input and the level of proposals we've gotten,” Bonnie said.

The grants are likely to be announced in September, said Bonnie, who talked to Agri-Pulse on the sidelines of the sweetener symposium in Colorado.

By the way: Rebecca Larson, chief scientist for the Western Sugar Cooperative, said the USDA program could help the industry in part by standardizing the way carbon emissions are measured. “Standardizing across the United States is going to be really critical for us, so we have these apple- to-apples comparisons,” she said.

For Bonnie’s thoughts on the Inflation Reduction Act and the climate-related funding it will provide, check out the weekly Agri-Pulse newsletter.

SRJF Inc., a dairy farm in Stanford, N.Y., claims in a lawsuit that DFA has pushed other dairy cooperatives out of the Northeast, attempted to manipulate Federal Milk Marketing Order rules to set low raw milk prices and forced non-member farmers into joining the coop.

DFA, a farmer-owned cooperative, said those allegations were “baseless and completely without merit.”

“Since DFA’s formation, our farmer-owners have worked to build a cooperative that is strategically invested in assets to ensure milk markets and provide additional returns on their investment in their cooperative,” Kristen Coady, a senior vice president of corporate affairs at DFA, said in a statement.

on’t miss a beat! It’s easy to sign up for a FREE month of Agri-Pulse news! For the latest on what’s happening in Washington, D.C. and around the country in agriculture, just click here.

The National Grain and Feed Association is backing a bill introduced by House Democrats that would give more authority to the Surface Transportation Board to deal with rail disruptions.

The Association of American Railroads strongly opposes the bill, saying it would give the STB “overreaching authority to place unnecessary regulations on freight railroads.”

The International Trade Commission is scheduling a full review of whether to revoke antidumping duties on ammonium sulfate from China.

The ITC imposed both antidumping and countervailing duties in 2017 after finding China was dumping AS on the market.

A prehearing staff report will be placed in the nonpublic record on Nov. 18 with a public hearing to follow Dec. 6.

He said it: “If this is a recession, folks, this is a very, very odd recession.” – CoBank economist Tanner Ehmke, speaking at the International Sweetener Symposium. He noted that unemployment is low while prices are still rising and the dollar is strong.

Philip Brasher and Noah Wicks contributed to this report.