This time, USDA will have broad latitude to aid farm debtors

More than a year after courts forced the Agriculture Department to shut down a debt forgiveness program for minority farmers, Congress is set to give USDA wide-open authority to aid borrowers of all races while providing additional aid to victims of past discrimination.

Provisions that Democrats added to their climate funding package, dubbed the Inflation Reduction Act, before it passed the Senate on Sunday added $3.1 billion to the bill for assistance to “distressed” borrowers and another $2.2 billion for victims of USDA discrimination.

In both cases, there are relatively few restrictions on how USDA determines who qualifies for the aid.

In the case of distressed holders of direct and guaranteed loans, the department is supposed to “provide relief to those borrowers whose agricultural operations are at financial risk.” There would be no limit on the amount of the payments, which could cover the cost of the loans or the cost of modifying them. The section authorizing the program is a single paragraph.

In the case of the second program, the discrimination must have occurred prior to January 2021 and have involved USDA lending programs; payments under the program would be capped at $500,000 per producer. The program would be administered by one or more “qualified nongovernmental entities” selected by USDA.

Legal experts say the new debt relief should be easier to defend in court than the original program, included in the American Rescue Plan Act, which authorized USDA to make payments worth 120% of a minority farmer's outstanding debt. Several courts ruled that it was unconstitutional to tie the payments to a borrower's race.

"Because of the lawsuits, it does seem like we needed a policy solution," said Jessica Culpepper, an attorney with Public Justice, an advocacy group. But she said she's concerned about the discretion given to USDA to design the programs.

Sarah Vogel, who led a successful class action lawsuit against USDA by farmers facing foreclosure in the 1980s and was later involved in a lawsuit that resulted in USDA settling discrimination claims brought by Native American farmers, said the bill was "comprehensive, and it’s going to reach many borrowers in need of services or who had suffered discrimination in the past." 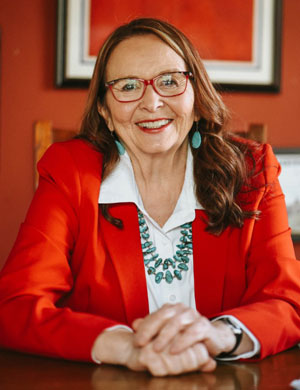 The former North Dakota agriculture commissioner is a member of the agriculture committee of USDA’s Equity Commission, which is developing recommendations for USDA to address discrimination.

She noted that many farmers are facing a cash -flow squeeze because of soaring input prices. Producers “are betting the farm, so to speak, each and every year when they put their crops in. I think this is a really great bill,” she said.

In addition to the $5.3 billion in payments to producers, the Inflation Reduction Act also includes $250 million to help producers get access to land, including producers with heirs’ property issues and owners of fractionated land, and $125 million for outreach, mediation, financial training and other assistance to farmers.

The debt relief provisions represented a victory for the Senate Agriculture Committee’s two Black members, Cory Booker, D-N.J., and Raphael Warnock, D-Ga., while also addressing an issue that could have created a funding challenge for the next farm bill, if not addressed now.

"I am incredibly excited that the Inflation Reduction Act clarifies and reappropriates this funding from the American Rescue Plan," Booker said in a statement to Agri-Pulse. "By giving USDA the authority to modify debt for distressed borrowers, we will keep family farmers around the country on their farms.  For those farmers, particularly Black farmers, who have suffered discrimination, this legislation sets in motion a process to right those wrongs."

Warnock said the debt relief "will be a lifeline for our farmers who are most at-risk of foreclosure or losing their land, as well as a boost to farmers who have been left behind for decades."

John Boyd, president of the National Black Farmers Association, said he was “very, very disappointed” with the new debt relief program. “I’m prepared to fight for debt relief for Black, Native American and other farmers of color all the way to the Supreme Court. I’m not going to stop fighting this.”

But the Inflation Reduction Act, which the House is expected to clear Friday for President Joe Biden’s signature, would replace the ARPA programs for minority farmers and use $5 billion in savings to pay for the assistance in the new legislation.

Stephen Carpenter, deputy director of the Farmers’ Legal Action Group in St. Paul, Minn., said the program for distressed farmers is so broad it basically just tells USDA “to do good stuff on guaranteed and direct interest to provide relief to those borrowers who are at financial risk."

The term “financial risk” also isn’t defined by the bill. “Nobody really knows” what that means, he said.

An earlier version of the legislation, dated Aug. 3, provided more specific instructions for making the payments, similar to language that was in the Build Back Better bill the House passed last fall, he said. Farmers considered economically distressed would be eligible to have their debts written off. Other farmers with eligible loans would have qualified for up to $150,000 in forgiveness.

That payment language wasn’t included in the final version of the bill that was released Saturday evening and voted on Sunday.

Aides to the Senate Agriculture Committee didn’t respond to questions about why the text was cut, but the final version of the legislation didn’t include some provisions that the Senate parliamentarian found violated rules for budget reconciliation bills, which are required to avoid legislating policy changes.

Carpenter said USDA also will have decisions to make in determining who qualifies as a victim of discrimination. There is no beginning date for the discrimination to have occurred, so beneficiaries of previous settlements, some of whom are no longer alive, could potentially qualify, he said.

The Pigford lawsuit that led to a 1999 settlement between the Clinton administration and Black farmers involved claims of discrimination between 1983 and 1997.

Another option would be for USDA to set up a new program allowing farmers to provide evidence of discrimination. But that would be "a very big, expensive” program to implement, Carpenter said. “It’s hard to do, and you're gonna make a lot of people unhappy,” he said.

Culpepper of Public Justice said it would be difficult for minority farmers to provide evidence for new claims of discrimination. "USDA is not exactly known for its excellent record-keeping abilities" and has acknowledged in court filings its past shortcomings in handling discrimination claims, she said.