As the Central Valley endures another round of triple-digit temperatures this week, lawmakers are gathering in the state Capitol to consider several measures on extreme heat. For agriculture, this could mean stronger farmworker protections along with new PPE requirements when wildfire smoke blows into the valley.

The Legislature is set to send a bill to the governor’s desk that would strengthen the state’s heat illness prevention standard and smoke protections while setting a deadline for the Division of Occupational Safety and Health, or Cal/OSHA, to update the regulations before 2026. Proponents argue the existing workplace regulations kick in at 85 degrees but fail to account for the more dangerous impacts of intense heat, and that the smoke standard should mandate respiratory equipment like N95 masks when the air quality hits a hazardous threshold. Cal/OSHA currently requires employers to furnish respirators when the air quality index (AQI) hits 500 for fine particulate matter. The bill urges the agency to lower the AQI for that standard.

“It's getting hotter here, and it's getting more dangerous for workers,” said Beth Kent, an environmental law and policy research fellow at the UCLA School of Law, during a committee hearing on Assembly Bill 2243 earlier this summer. “While Cal/OSHA's current regulations provide a baseline, stronger protections are needed to protect workers from the unsafe and brutal working conditions that are created when temperatures surpass 105 degrees and when the AQI reaches 300.”

Kent led a team of college students in developing recommendations to strengthen the regulations, establishing the language in AB 2243 for Assemblymember Eduardo Garcia of Coachella Valley. In passing the measure, she argued, the Legislature would express the importance of this issue and elevate the voices of farmworkers and construction workers “who don't necessarily have the ability to lobby for themselves.” She assured the lawmakers that employers could easily implement the measures as part of their existing practices. 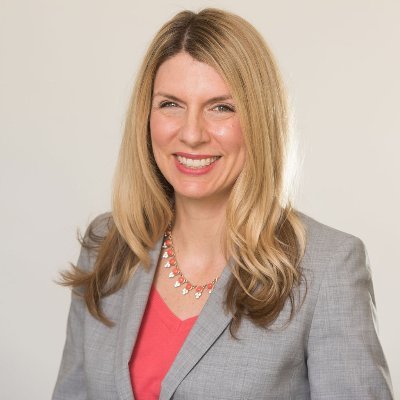 Yet farm organizations and restaurants viewed the bill as simply duplicating existing standards while overriding the state’s regulatory process and creating confusion for employers.

“We don't believe it is appropriate for the Legislature to mandate an outcome by an independent board,” said Michael Miiller, director of government relations for the California Association of Winegrape Growers, referring to the Occupational Safety and Health Standards Board that governs Cal/OSHA.

Representing a coalition of dozens of farm groups and food processors opposing the bill, Miller argued the legislation is simply not needed and the board already has a process in place for anyone to submit a petition for revising the regulations, noting that no one has filed such a petition with the board. He appreciated Garcia’s amendments, which, among other things, exempted wildland firefighters and led the California Chamber of Commerce to drop its opposition. But it was not enough to address agriculture’s concerns. Several construction and manufacturing trade associations remain in opposition to the bill as well.

Katie Hansen, meanwhile, worried AB 2243 would disrupt the board’s two-year effort to adopt a heat illness prevention standard for indoor workers. Hansen, the senior legislative director for the California Restaurant Association, described how that process has involved public comments and an advisory committee that has worked closely with stakeholders to incorporate their feedback. She argued the bill would delay the draft indoor heat regulation that is awaiting final approval from the board. Garcia promised to clarify the bill applies only to outdoor workers.

The measure has sailed through committees in both houses along party line votes and awaits floor debate in the Senate.

Several other bills are progressing through the Legislature that would develop a ranking system for extreme heat events at CalEPA, set new medical guidelines for treating heat exposure and establish a system for reporting hospitalizations and deaths.

The state has already dedicated an unprecedented amount of spending to the many issues surrounding extreme heat, including $800 million over three years to protect communities from extreme heat as part of a climate resilience package last year. In June the Legislature approved an additional $300 million for the next two years. Of that funding, nearly $25 million will help Cal/OSHA expand its outreach and enforcement efforts to protect workers from heat-related illnesses, targeting that enforcement specifically during periods of high risk. About $5 million is helping the California Department of Public Health to educate employers on heat risks both indoors and outdoors.

UCLA researchers have found that emergency rooms across California already take in an about 8,000 additional people on days with high heat. And the risk of death for farmworkers is 35 times greater than for workers in any other industry, according to a study published in February in the American Journal of Industrial Medicine.

And humans are not alone in the impacts. CDFA has gained $2 million in the budget for supporting rendering facilities during heat waves as they handle spikes in livestock and poultry carcasses.

The spending stems from an extreme heat action plan the California Natural Resources Agency released in May. The plan tasks CDFA and several other agencies with a number of actions to protect workers and communities while expanding education and outreach efforts. This includes evaluating Cal/OSHA’s current heat illness prevention standard to “determine its effectiveness and whether revisions are necessary.”

The nonpartisan Legislative Analyst’s Office has pointed out that the impact to workers is two-fold: acute illnesses during heat waves as well as the reality that climate change will lead to sustained higher temperatures throughout the summer. A study published last year in the journal Environmental Research Letters found that heat stress could cut in half the amount of workable hours in a day for the most vulnerable agricultural regions of the world.

For CDFA Secretary Karen Ross, that means California must take the lead with supporting autonomous tractors and other labor-saving technologies.

“We have to think about extreme heat,” said Ross during an Assembly Agriculture Committee hearing last week, “and when people will no longer be able to work the same hours or the same kinds of ways. These are smart things for us to talk about.”