Drought is revealing a human security crisis in farming communities

Sweeping cutbacks in water allocations to farms are leading to widespread underemployment in some of California’s most vulnerable communities. Lawmakers are scrambling for policy solutions.

The impact to paychecks has been raising food insecurity and malnutrition issues as food prices soar, while the reduced spending is reverberating through local businesses and economies. And the situation is exacerbating a mental health epidemic already made worse by the pandemic.

“Too often, these human impacts are overlooked,” said state Senator Melissa Hurtado of Sanger, in opening a recent hearing for the new Select Committee on Human Security. “We sometimes miss the impacts that drought has on food security, health, labor and the communities themselves.”

In 2021 about a quarter of the farms connected to the Central Valley Project and State Water Project received close to no water allocations, according to the California Farm Water Coalition. The same is expected this year, as the Department of Water Resources (DWR) has for the first time ever set allocations at 0% for its initial December projections.

A 2020 study by UC Berkeley economists found that fallowing 20% of the farmland in the San Joaquin Valley would total $7 billion each year in lost farm receipts and lead to about 85,000 job losses. The study focused on the potential impacts of implementing the Sustainable Groundwater Management Act in combination with reduced surface water supplies, and estimated California would lose about $293 million each year in tax revenues. 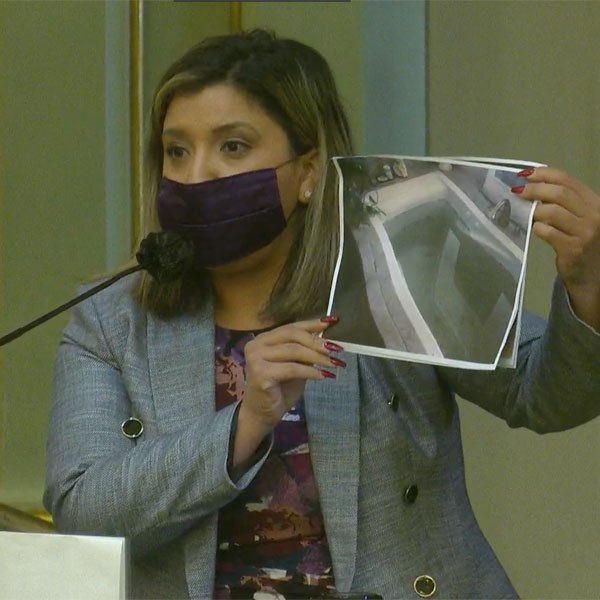 Sen. Melissa Hurtado, D-Sanger, in 2021 displays a photo of bathtub a constituent filled for drinking water.

Yet the job losses are a more complex issue for farmworkers. During the hearing, Christina Greene, an assistant research scientist at the University of Arizona, explained that farmworkers typically do not have one job throughout the year but take on a series of temporary jobs following the harvest.

“While they still had some level of employment during the drought, overall, there was less work,” said Greene, describing her qualitative analysis of the 2012-16 drought in the San Joaquin Valley, when growers fallowed 500,000 acres of farmland. “A lot of farmworkers explained that they had to travel a lot farther to find work.”

She described the community as remaining largely invisible during the drought, since many were undocumented and reluctant to report their experiences.

Quoting the director of a community-based organization who has spent decades in the region, Greene described drought as a cancer.

The crops with high labor demand—melons, squash, cucumbers—were fallowed first. Many farmers switched to tree nuts to permanently reduce labor costs and to stay viable by tapping into growing international markets, she explained. The decrease in migrant workers hurt the local businesses that depended on them. She noted that social workers and government agencies were overwhelmed in trying to coordinate disaster response for labor, water and health issues all at once.

The most dramatic impact she witnessed was water insecurity. East Porterville in Tulare County became the epicenter of domestic wells bottoming out and faucets going dry for years, with the state spending $500,000 a month delivering bottled water to hundreds of households. As the drought progressed, the government delivered more than two million boxes of food to community food banks, according to the California Natural Resources Agency.

“It's foreign to many people who just don't understand what it means when you can't turn on your tap and drink the water,” said Republican Sen. Melissa Melendez of Lake Elsinore. “That's not in some third-world country. That's in California, for goodness sake.”

Following the 2012–16 drought, a 2018 study by UC Davis researchers found that nearly 100,000 San Joaquin Valley residents were living without access to clean drinking water. More than a million Californians statewide still lack access to clean water, while 370,000 depend on drinking water with unsafe levels of contaminants, according to a new UC Berkeley study.

Dr. Jasmeet Bains, a medical director and family physician in Bakersfield who is running for the Assembly, testified at the hearing that the lack of safe drinking water for her patients has compromised hand washing to prevent the spread of COVID-19 and has led to more cases of E. coli and salmonella. The stagnant water in rivers and creeks during the drought has increased mosquito-borne diseases like West Nile.

“The health implications of the drought are very real,” said Bains. “They are very apparent to those of us in the healthcare system, as we witness it every single day in our practices.”

The drought has led to dust storms, with particulates increasing the risk of bronchitis and pneumonia and spreading soil-borne spores for valley fever. Drought-induced wildfires have inundated valley communities with smoke that has contributed to the spread of coronavirus as well. And Bains has firsthand experience with the mental health crisis.

“The pandemic has proven the impact—and the mental health crisis that we are in—is more severe than we thought,” she said. “The financial-related stress, this worsens the depression and anxiety—we see it every day and all day in clinics—in addition to increasing alcohol and substance abuse, and, sadly, an increase in the suicide rate.”

California is spending big on repurposing farmland, but critics say boosting food production during drought is a better goal
Daybreak West: State budget is a 'crisis for all of us'

Baines added that heat strokes have been on the rise due to extreme heat waves, with elderly people most affected. The Newsom administration recognizes that higher average temperatures and more frequent and severe heat waves will impact every corner of the state in the years ahead. Last week the Natural Resources Agency issued an action plan for the government’s response, with $300 million in the 2021 budget to support the plan. The budget also included $800 million spread over three years for reducing risks and building resilience to extreme heat. As part of that effort, CDFA will lead a program on community resilience centers, which is designed to build or retrofit facilities to help vulnerable residents withstand extreme heat and other disasters.

To provide safe drinking water to California residents, the State Water Resources Control Board is implementing $2.1 billion in state appropriations through the Safe and Affordable Drinking Water Fund (SAFER). Yet the board estimates the total cost over the next five years for resolving the drinking water crisis would exceed $10 billion.

“In the state of California, we're on the leading edge of all these environmental solutions and yet we have a million people without clean drinking water. It's a travesty,” said Emily Rooney, who is president of the Agricultural Council of California and a member of the SAFER advisory group,  in an interview with Agri-Pulse last year. “We really needed to leapfrog on this issue and show some leadership.”

In responding to the governor’s initial budget proposal for the fiscal year beginning in July, California Farm Bureau President Jamie Johansson called it critical to shore up the farm economy.

“Despite many years of programs and slogans to ‘save the farm,’ we continue to see less and less every year—and almost all those lost are small farms,” said Johansson. “We need water, inputs and markets to feed people and provide the jobs that are the backbone of the California economy.” 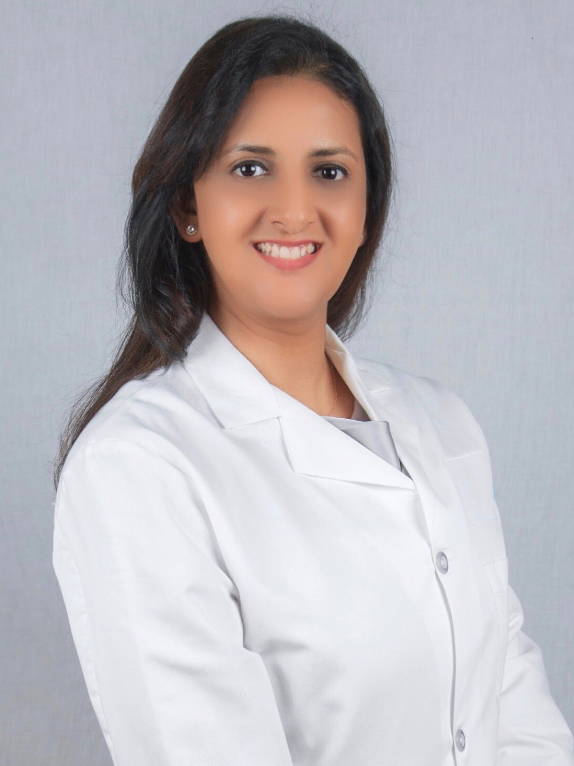 Lawmakers approved $5.2 billion in 2021 for a three-year drought response package, with $3.3 billion of that currently being implemented. Newsom’s 2022 budget proposal would add another $750 million to the pot. DWR has delivered about $92 million of the current drought funding to 48 projects in small communities to fix water systems, drill new wells or deliver bottled water, with another $98 million in the process. About $286 million is available in urban and multibenefit drought grants from DWR, with priorities for underrepresented communities and tribes.

Farmers have also stepped up to address water quality issues in groundwater. A partnership with the state has been focusing on flushing salinity and nitrate contaminants out of aquifers over time.

Laura Ramos, who directs research and education for the California Water Institute at California State University, Fresno, told the committee that California has been doing well with drought response but should also be preparing for a future with less water.

The institute has been spearheading a collaborative effort in the San Joaquin Valley to draft a shared vision for water, along with a $9 billion infrastructure investment plan to be spread across local, state and federal governments alongside water surcharges and a special tax. The coalition is considering new investments in surface and groundwater storage, along with building treatment plants, refurbishing conveyance facilities and much more.

“One size does not fit all,” said Ramos. “It is a buffet of items that are needed.”

Reps. Jim Costa and Josh Harder of the San Joaquin Valley are pushing the Biden administration to support such a buffet as well. In a letter to Interior Secretary Deb Haaland and Bureau of Reclamation Commissioner Camille Touton, they outlined several priorities for funding from the Infrastructure Investment and Jobs Act. Major storage projects topped the list, while repairing canals, financing projects for groundwater sustainability and supporting groundwater recharge projects were also included.

“It’s important to be aware that drought impacts far more than just farms and fields,” Costa and Harder write in the letter. “It means lost jobs, less revenue for local schools and first responders, decreased public health outcomes, and less financial support for the small businesses and local economies.”

Those investments stand to benefit the valley as well as the world at large.

The impacts of California’s droughts can lead to global food security issues, according to Leslie Lipper, a retired economist for the United Nations Food and Agriculture Organization. Lipper told the Senate committee that other regions of the world may be able to replace some of the crops California produces, but those places are also plagued with drought and other climate-related disasters that impact production and disadvantaged communities.

“It's not totally clear that what California has been able to do—and is still able to do—is going to be able to be substituted,” she said. “There's a lot of discussion over whether we are looking at a long-term increase in food prices.”

Sen. Hurtado noted that the impacts of water shortages are already being felt in California’s grocery stores, with skyrocketing food prices and a drop in the availability and variety of some foods.

“What happens here in California—where we produce two-thirds of the nation's fruits and nuts and one-third of its vegetables—impacts our whole country,” said Hurtado.

She pledged this hearing would be the first of many to come “that will be focused on protecting mankind.”