Supporters of California's Proposition 12 say states could lose the ability to regulate sales of products based on climate impacts and other concerns should the Supreme Court strike down the initiative that prescribes sow-housing standards for pork sold in the nation's largest consumer market.

Prop 12 supporters also argue in briefs filed with the high court that Prop 12 is neither discriminatory nor protectionist, the test for whether the law violates what’s known as the “dormant” Commerce Clause, countering concerns raised by farm groups seeking to overturn the regulations.

The justices and their clerks will be reading through dozens of briefs filed in a case to be argued in October over Proposition 12, which was approved overwhelmingly by California voters in 2018. The National Pork Producers Association and American Farm Bureau Federation succeeded in getting the Supreme Court to take up the matter, which involves review of a 9th U.S. Circuit Court of Appeals decision that upheld the law.

NPPC and AFBF argue that the law’s “practical effect” is to control commercial conduct beyond California’s boundaries, and that the law's benefits within the state are far exceeded by the negative impacts outside of it.

“The burdens of the challenged requirements fall exclusively on out-of-state sow farmers,” the groups contend. The California Department of Food and Agriculture has “acknowledged this fact, and the state has not disputed it in litigation. The practices of the vast majority of farmers nationwide do not comply with Proposition 12.”

Both sides are getting support for their arguments from a wide variety of groups, law professors, and states. Twenty-six states, led by Indiana, support the challenge to Prop 12, as does the Biden administration. The Justice Department filed an amicus brief backing the farm groups and has asked to participate in the Oct. 11 oral arguments. On the other side are 14 states and the District of Columbia that back California. In the DOJ brief, Solicitor General Elizabeth Prelogar argued California “’has no legitimate interest in protecting’ the welfare of animals located outside the state,” quoting a previous Supreme Court decision.

More than a dozen state farm bureaus, the North American Meat Institute and the American Association of Swine Veterinarians also are on the side of AFBF and NPPC. 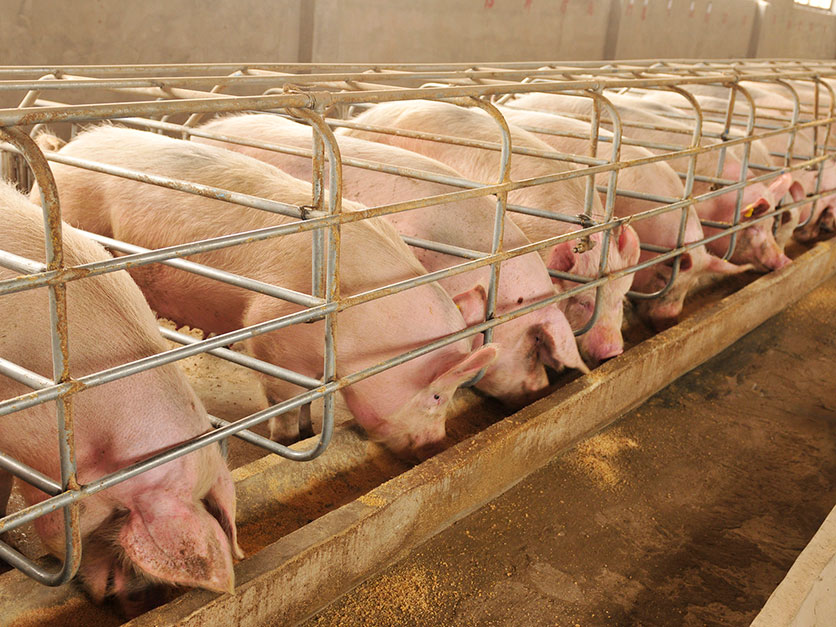 The law's supporters include the Humane Society of the U.S., 378 animal-welfare scientists and doctors of veterinary medicine, as well as ButcherBox, which “delivers 100% grass-fed beef, free-range organic chicken, humanely raised pork, and wild-caught seafood directly to your door.”

The Prop 12 backers also include Perdue Premium Meat Co., owner of the Niman Ranch brand, which contends in its brief that its 600 pork-producing farms “have been meeting Proposition 12’s humane standards for years without facing financial ruin.” The company also calls “wrong” the NPPC assertion that “hardly any commercially bred sows are housed” in accord with Proposition 12’s standards.

“Niman Ranch is hardly the only company that is able to both make a profit and avoid animal cruelty," the company says.

Briefs supporting Prop 12 say pork producers outside California warn that a victory by AFBF and NPPC in the case would limit the power of states to pass a variety of laws that their residents want.

“The only Proposition 12-compliant pork that out-of-state businesses must produce is the pork they choose to supply to California’s market; they are free to produce as many other pork products as they want, and to sell them to markets outside of California,” the state of California says in its brief. “Proposition 12 is no different in that respect from other longstanding state sales restrictions that require out-of-state producers to use particular labels or to conform to specific quality or safety standards if they choose to participate in the enacting state’s market.”

Constitutional law professors at the Chicago-Kent School of Law and Creighton University School of Law say the farm groups' "strikingly broad interpretation of the dormant Commerce Clause — that state laws that have effects on commerce outside the State are ‘almost per se’ prohibited, whether or not the laws are protectionist — would leave states little room to govern according to their citizens’ values and sensibilities and would all but end states’ abilities to conduct valuable policy experiments."

“States retain authority to regulate the instate sale of goods in accordance with the values and preferences of their citizens and to devise their own policy approaches in regulating those goods, regardless of whether the goods are largely or entirely imported from out-of-state,” the professors say.

Asked by Agri-Pulse about state laws that might be at risk if the Supreme Court rules for trade groups, the lead attorney on the aforementioned constitutional law professors’ brief, Mark Rosen at Chicago-Kent School of Law, said, “Consider a state interesting in taking the lead on climate change or the environment, that imposed heightened requirements on products of a sort that were produced primarily or exclusively out of state.”

Public Citizen, a consumer advocacy group, claims AFBF and NPPC’s “vision of extraterritoriality would open up a Pandora’s box of uncertainty for states that seek to enact measures to protect consumers and would force federal courts to grapple with consequences for years to come." 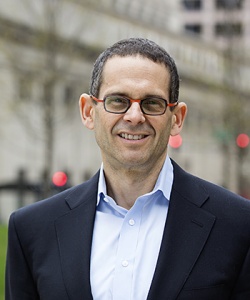 Some regional farm groups are backing Prop 12. The Northeast Organic Dairy Producers Alliance, for example, takes issue with the NPPC assertion that “farmers everywhere will be required to conform their entire operations with Proposition 12 for all their sows.”

“Based on NODPA’s experience in the food industry, petitioners’ assertions are implausible,” the group says. “The existence of a new market for food products meeting particular standards for quality, health, or ethical treatment of animals does not result in an industry stampede toward universal compliance, even if the new market is as large as California.”

Instead, NODPA says, some producers will “decide that it is in their interest to serve that market, even at higher cost, while others continue to focus on conventional products.”

And the Association of California Egg Farmers, who have had to comply with Prop 12 standards for egg-laying hens, says the petitioners “seek an unprecedented expansion of the dormant Commerce Clause, attempting to turn a narrow and rarely invoked exception into a sweeping doctrine that would stop states from enacting even-handed legislation to protect their citizens.”

ACEF says the “egg industry’s experience suggests that the transition will be manageable for the pork industry. California egg producers have already significantly increased production of eggs from cage-free hens in response to earlier laws and regulations. The effect has been to accelerate producers’ adoption of standards favored by consumers, as reflected by the cage-free egg policies adopted by most major egg retailers nationwide.”

A coalition of state farm bureaus and pork councils, however, says the effects of the law would reach beyond the costs to California consumers.

“In Iowa and Minnesota, often the top two pork-producing states, hundreds of thousands of jobs are linked to the pork industry,” those groups say. “Estimates from those states and elsewhere are that it would cost an average of at least $2.5 million to renovate each farm to comply with Proposition 12, would reduce capacity by 17%, will increase operating costs for lager farms by 15%, increase costs even more for smaller farms, and impose $1.9 to $3.2 billion in costs on farmers nationwide.”

NPPC and AFBF say simply that the law “will drive smaller sow farms out of business, leading to greater industry consolidation.” Farmers, meanwhile, “will be forced to adopt practices that they believe are harmful to their sows and employees," NPPC and AFBF say.