Home » Farm Hands on the Potomac: Shultz to head up newly launched Platform for Agriculture and Climate Transformation
Farm Hands

Farm Hands on the Potomac: Shultz to head up newly launched Platform for Agriculture and Climate Transformation

Joe Shultz is the new executive director of the newly launched Platform for Agriculture and Climate Transformation. PACT was created to help support climate-smart and regenerative agriculture practices as a solution to the climate crisis. Shultz most recently served as the staff director for Senate Ag Committee Chairwoman Debbie Stabenow, D-Mich. 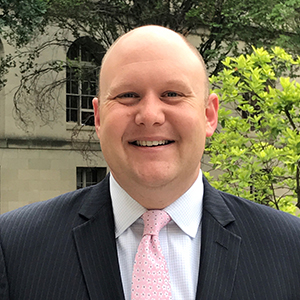 Jaime Adams has been tapped as the new senior policy adviser for climate at USDA. For the last 11 years, Adams has served as the senior adviser for international affairs.

Rep. Brad Finstad, R-Minn., is the newest member of the House Agriculture Committee. Finstad was sworn in Aug. 12 after winning the special election to succeed Rep. Jim Hagedorn, who passed away earlier this year. In addition to being a farmer, Finstad has experience as the executive director of both the Minnesota Turkey Growers Association and the Center for Rural Policy & Development.

Cory Harris has moved to the Vogel Group as head of the agriculture practice. Harris comes to the Vogel Group from Capitol Hill where he served as the legislative director for Rep. Jim Baird, R-Ind. Before that, he worked for the American Feed Industry Association, Indiana Soybean Alliance, and Growth Energy.

Mary Dee Beal has joined Kountoupes, Denham, Carr & Reid as a principal. Beal previously served as a policy analyst for the Senate Republican Policy Committee. She has also held roles at USDA as a senior adviser to former Secretary Sonny Perdue and acting chief of staff to Deputy Secretary Steve Censky.

The National Cattlemen’s Beef Association has announced a pair of promotions. Kent Bacus is NCBA's new executive director of government affairs. He was previously senior director of international trade and market access. Mary-Thomas Hart has been elevated to chief counsel from her previous role as environmental counsel.

Taylor Boone has been selected to join the International Dairy Foods Association as the new people operations administrator. Boone has been with IDFA for the last five years, most recently as a project manager.

Reana Kovalcik now serves as a contractor for federal conservation programs at the Defenders of Wildlife. Kovalcik most recently worked for the Organic Trade Association as the director of public affairs. She has also held roles with the National Sustainable Agriculture Coalition, Farmers Market Coalition, and American Forests. 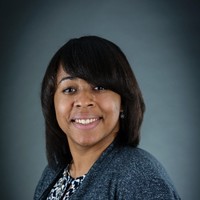 Taylor Boone, IDFAAnupama Joshi has been selected to serve as vice president for programs at the Center for Science in the Public Interest. She comes to CSPI from the Blue Sky Funders Forum where she was the executive director since 2018. Before that, Joshi co-founded and led the National Farm to School Network, which helps promote increased access to local food and nutrition education to improve children’s health, strengthen family farms, and cultivate vibrant communities.
Interested in more coverage and insights? Receive a free month of Agri-Pulse!

Mike Frank has been promoted to CEO of the UPL Corporation. He was previously serving as the president and chief operating officer. Before joining UPL, Frank worked for Nutrien and Monsanto.

William David has joined the staff of Rep. Blaine Luetkemeyer, R-Mo., as his new counsel on the House Small Business Committee. He previously served as an attorney-adviser at the U.S. Small Business Administration. 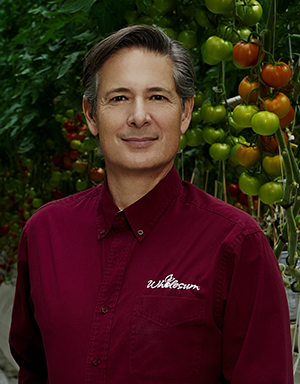 Season Solorio is settling into her new role at Elanco as the senior director of external communications. She previously worked for the National Pork Board as the assistant vice president of public relations. She has also worked for 11 years at the National Cattlemen’s Beef Association.

Bobby Frederick is leaving the National Grain and Feed Association for a new job that will begin in October. Frederick serves as the senior vice president of legislative affairs and public policy. He has been with NGFA for the last seven years and his last day will be Sept. 16.

Liz McCune has resigned from the Clean Fuels Alliance America, where she served as the director of communications. She previously worked as the associate director of the MU News Bureau at the University of Missouri.

The Organic Produce Association has tapped Theojary “Theo” Crisantes as its first chairman. Crisantes was the chief operations officer for Wholesum and had been serving as chairman in an acting capacity since last fall. He brings more than 20 years of experience in the organic produce industry, growing certified organic tomatoes, peppers, squash, cucumbers, and eggplant at his family’s third-generation farming operation.

Kent Schescke has announced plans to retire from the helm of the Council for Agricultural Science and Technology. Schescke joined CAST in 2015 after 22 years with the National FFA Foundation and organization. He also served as a high school agricultural science educator for 14 years in three different schools located in Missouri. Schescke plans to stay on with CAST until mid-2023 to help oversee the transition of the new executive vice president and CEO.