Difficulties lie ahead in getting India to negotiate trade in IPEF

The potential for increased trade with India is substantial, but the country has refused to commit to the trade pillar of the Indo-Pacific Economic Framework, leaving some in the U.S. ag sector pessimistic about changing the country’s direction.

India is the only nation of 14 in the Indo-Pacific Economic Framework to refuse to join in the trade section of the pact, but U.S. Trade Representative Katherine Tai says she’ll be working to change that.

Tai said she will use a bilateral trade meeting with India later this year to engage with the country on joining the IPEF trade pillar, but U.S. ag officials and analysts say that’s going to be difficult. That’s because of India’s millions of farmers who are generally opposed to changing entrenched agricultural policies, and the country’s refusal or inability to make changes to its trade-distorting subsidies and tariff barriers.

Indian Trade Minister Piyush Goyal told reporters after the Los Angeles ministerial last week that the country will keep its options open, but he also stressed concern that joining the trade pillar could force India to make costly environmental and labor commitments. He did not mention agriculture, but U.S. trade experts point primarily to the fact that it is politically difficult for Prime Minister Narendra Modi to make changes that open up India’s farmers to global market forces.

“Despite the rhetoric that comes out of (India’s) trade minister, India definitely protects its farmers,” said Sharon Bomer Lauritsen, former assistant U.S. Trade Representative for agricultural affairs and commodity policy and founder of AgTrade Strategies LLC. “So, while Goyal has talked about not wanting to join (the IPEF trade pillar) because of labor and environment, I would say it’s also about protecting farmers.”

Former USTR Chief Agricultural Negotiator Gregg Doud pointed to the massive farmer protests in India in 2020 and 2021 that forced the Modi administration and parliament to repeal the overhaul of agricultural policies designed in part to make producers less dependent on the government.

“It’s impossible,” Doud said bluntly about the chances of the U.S. convincing India to negotiate in the trade section of IPEF. “This isn’t about U.S. ag products. India is completely resistant to any change, even internally.”

India has “huge political challenges when it comes to agriculture,” Bomer Lauritsen said, but also noted some optimism because India could still yet join the IPEF trade pillar.

“I was pleased to see the door is not closed,” she said.

Ted McKinney, CEO of the National Association of State Departments of Agriculture and former USDA undersecretary for trade and foreign agricultural affairs, tells Agri-Pulse he was not surprised when it was revealed that India had not joined the IPEF trade pillar, but also stressed he felt the decision was a bad one for the country.

“India is still of the view that it can be largely self-sufficient and most of us around the world don’t see that at all with their sustained growth,” he said.

The country’s already enormous population is growing and would benefit under the trade goals of IPEF, he said.

India not in IPEF trade segment
Ahead of visit to India, Trump insistent on trade deal

“It is true that the farm lobby in India is extremely strong and it is a force to be dealt with, but we have to keep at it,” he said. “We have to keep meeting with them and helping them understand that trade is to the absolute benefit of not only India and its farmers and consumers, but also the rest of the world.”

India also initially balked this year at a WTO declaration that requires countries to supply commodities to the World Food Program.

Still, India did agree to join the other IPEF members - the U.S., Australia, Fiji, Brunei, India, Indonesia, Japan, South Korea, Malaysia, New Zealand, Philippines, Singapore, Thailand, and Vietnam - on three pillars regarding supply chain resiliency, clean energy and anti-corruption. Goyal promised the country will “continue to engage with the trade track” and “wait for the final contours to be decided before we formally associate with the trade track.” 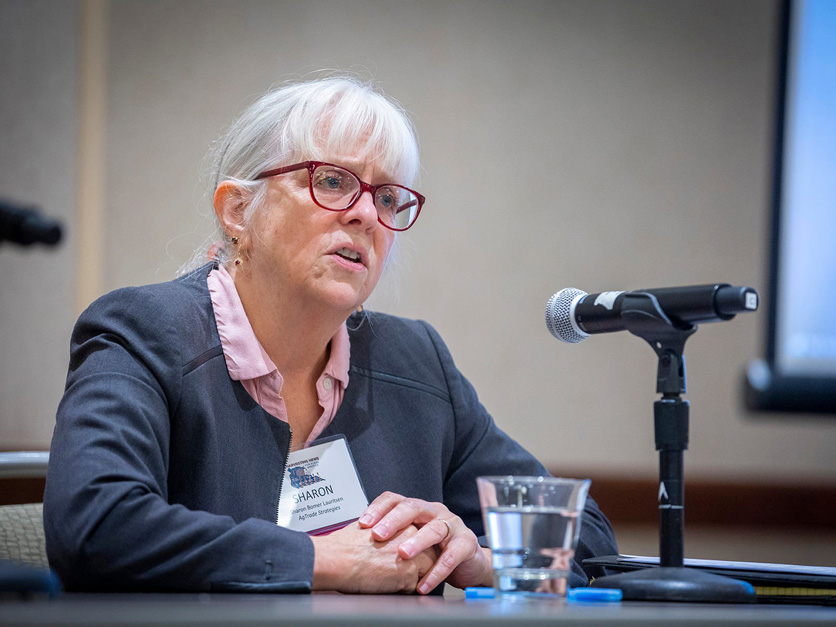 And then there is the matter of what India can get out of joining.

“We have yet to see what benefits member countries will derive," Goyal said.

India will likely want to wait and see where the IPEF trade negotiations go from here before making any commitment, said Bomer Lauritsen.

“From an Indian perspective, they want to see what it actually looks like,” she said. “Are they going to benefit? They need to have a win and they clearly have a lot of challenges on the ag front as far as the number of farmers that they need to protect.”