Agriculture could soon face a recycling mandate for food containers

Gov. Gavin Newsom will decide on a bill this month that would set new recycling goals for plastic food and beverage containers.

Agriculture—along with grocers and restaurants—stepped in to oppose the measure when lawmakers shifted the burden for recycled material from the package manufacturers to the food producers and retailers. The Legislature’s approval of the measure last month came on the heels of an ambitious, years-long effort to pass legislation setting new standards for recycling plastic and reducing waste from packaging, along with an earlier bill that targeted plastic bottles and took three years to pass.

With such legislative changes afoot in California, fresh fruit producers have launched their own initiatives to curb plastics in packaging, bolstered by millions of dollars sunk into research and development projects.

Assembly Bill 2784 would mandate that at least 10% of the material in plastic food packaging containers is recyclable by 2025, doubling that amount for 2028. For thermoform food containers, known as clamshells, it proposes a 30% recyclability target for 2030. Assemblymembers Jackie Irwin of Camarillo and Phil Ting of San Francisco modeled AB 2784 on a bill they authored in 2020 that set the nation’s highest standard for recycled content in plastic bottles. But it cut off a supply of plastic material that manufacturers would otherwise be reincorporating into thermoform containers. 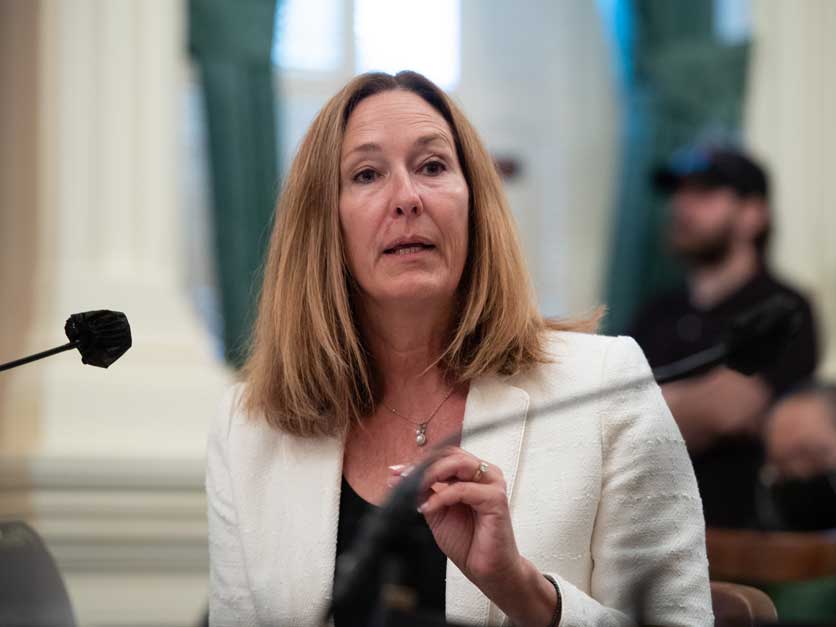 The lawmakers wanted to “close that loop” in California’s circular economy by ensuring that the material for thermoform containers can be used again in those containers.

“The recycling process for plastics is a one-way street,” said Irwin during a policy committee hearing on AB 2784 in June. “Once made into thermoforms, the plastic cannot be made back into a bottle.”

The sponsor of the measure is rPlanet Earth, a package manufacturing company that specializes in reusing post-consumer packaging. Testifying on behalf of the bill, co-founder Bob Daviduk argued the food brands that fill the containers should be responsible for ensuring the recyclability, since they dictate their needs to manufacturers.

“There's no way [suppliers] could ever comply with a law that requires minimum content,” said Daviduk. “The buyers of the packaging are saying: ‘Just give me the cheapest thing you have. I don't care if there's recycled in it or not.”

He swayed lawmakers with the added benefits of reducing landfill and greenhouse gas emissions while creating local manufacturing jobs. This won support from the two powerful budget committee chairs: Ting and Senator Nancy Skinner of Berkeley.

Yet agricultural groups pushed back, saying the responsibility is on the wrong part of the supply chain and that it would add exorbitant costs to agriculture when the industry is already struggling under drought, shipping delays and high inflation.

Allen added that the provisions in AB 2784 are no longer necessary after Newsom signed SB 54 into law in June. That recycling bill came as a grand compromise with agriculture and several other industries, along with environmental groups and local governments, and it led proponents to drop a more aggressive ballot measure proposal set for the November election that would have taxed single-use plastic packaging and foodware.

Policy advocate Louie Brown, representing fresh fruit, strawberry and blueberry trade groups as well as grocers, told the committee the bill was not set up for success. He questioned why it targets food and beverage containers and not packaging for toys, cosmetics or other products.

“It's such a small universe that we're focusing on here—less than 1% of the waste stream that's really only food products,” said Brown, adding that the state has financial incentives for recycling bottles but this bill offers none for recovering containers. “We want to be part of this. We want to see a closed-loop recycling system. Our strawberry growers, as one example, lead the effort in using recycled content in these containers.”

“This is a challenging area,” said Sen. Anna Caballero of Salinas, who acknowledged the four-year journey for SB 54 to eventually pass the Legislature and saluted the industry-led initiatives. “There's movement in the industry to do things together.”

Caballero noted the struggles of berry producers in the search for plastic alternatives that would maintain food safety standards while protecting delicate fruit on the way to the store. She urged Irwin to bring the California Strawberry Commission on other groups to the table to craft better legislation and overcome “some serious issues” with the bill. Irwin agreed but reasoned that bringing a company like Driscoll’s on board would lead to another group dropping its support.

Republican Sen. Brian of Bieber charged that the bill would contribute to higher food prices, prompting a rebuttal from Sen. Ben Allen of Santa Monica, who authored SB 54 to reduce plastic packaging in landfills.

“We know that Californians are also suffering ever-increasing waste management rates,” said Allen. “There's so much crap out there that they just don't have the wherewithal to manage.”