It could take years for sustainable aviation fuels to take off despite significant, but temporary, new tax credits included in a newly enacted package of financial incentives intended to jump-start progress on the Biden administration’s climate goals.

The Inflation Reduction Act that President Joe Biden signed into law in August extends the existing $1-a-gallon credit for biodiesel and renewable diesel through 2024 and creates a temporary new credit of at least $1.25 a gallon for sustainable aviation fuel that would also run until 2025. The SAF credit could go as high as $1.75 a gallon, depending on the carbon intensity of the product.

Beginning in 2025, both incentives will be replaced by a new clean fuel production credit that would vary depending on the carbon intensity of the fuel. On a per-gallon basis, the incentive could be worth as little as 30 to 35 cents for conventional products like biodiesel and renewable diesel to as much as $1.75 for SAF. The clean fuels credit expires at the end of 2027 unless Congress decides to renew it.

Economists and industry insiders say the impact of the credits is likely to be fairly modest, due in part to the relatively high cost of vegetable oil and other biofuel feedstocks. The administration also will have to make critical decisions that will determine whether feedstocks are eligible for the new credits and at what rate. The law allows the administration to use an alternative method for assessing carbon intensity rather than the process developed by the International Civil Aviation Organization; ICAO's methodology could prevent soybean oil from being used as a SAF feedstock.

The questions about the impact of the credits are reflected in the estimates of their costs to taxpayers.

The Joint Committee on Taxation estimated the new SAF credit would cost just $48 million over the three years it is in effect and that there would be virtually no use at all of the clean fuel credit, which would only be in effect from 2025 through 2027. By comparison, the three-year extension of the existing credit for biomass-based diesel is estimated to cost $5.6 billion.

Economists at the University of Missouri’s Food and Agricultural Policy Research Institute estimate SAF production will reach just 200 million gallons a year by 2027, far short of the airline industry’s goal of 3 billion gallons by 2030. 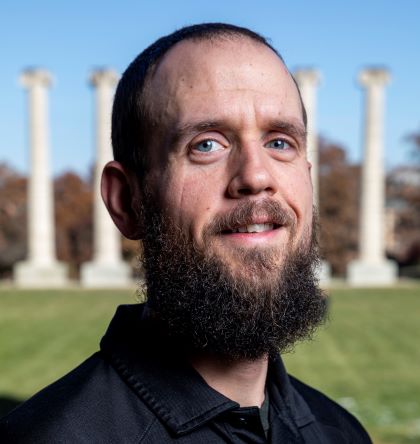 “As of right now, there’s no clear indication of how quickly SAF production could ramp up before the clean fuels credit provisions lapse in 2027," FAPRI economist Jarrett Whistance said in an email to Agri-Pulse.

The 2027 expiration of the clean fuel credit “greatly mutes its effect for incentivizing new producers to jump in the market,” said Nikita Pavlenko, an analyst with the International Council on Clean Transportation. “By the time a new facility is designed, constructed and operating, the credit may have already run out."

Gene Gebolys, CEO of World Energy, a long-term producer of biodiesel and renewable diesel that is now pioneering the production of SAF, says the new tax incentives aren’t enough by themselves to significantly boost production of the jet fuel from soybean oil and other feedstocks that are currently available. SAF is more costly to produce than renewable diesel.

Still, World Energy is counting on seeing enough demand from airlines for SAF to exceed the analysts’ production estimates. The company is modifying refineries in the Los Angeles area and in Houston to produce 500 million gallons of SAF by 2025 from existing feedstocks – animal fats, restaurant grease and vegetable oil. The company currently produces about 6 million gallons of SAF a year at its Paramount, Calif., plant.

Gebolys is relying in part on airline customers to drive the increased usage of SAF to reduce the industry’s carbon emissions. Transportation accounts for 27% of U.S. greenhouse gas emissions, and aviation is considered the most difficult sector to convert from fossil fuels to electricity. For the foreseeable future, batteries will simply weigh too much to make it feasible for an electric plane to carry more than a few passengers.

“I’m very comfortable that there's a need in the marketplace for net-zero aviation,” Gebolys said. “And I'm very comfortable and confident that that market will and already is responding very positively to have the ability to provide that.”

But Gebolys and other executives in the aviation sector also are looking beyond existing feedstocks to produce the quantities of SAF that the airlines want, and that’s where the climate law could have a more significant impact.

Among its provisions is an enhanced tax credit, known as Section 45Q, for capturing and sequestering carbon. There is another credit for clean hydrogen production that’s good for 10 years after a facility is put into operation.

World Energy has its eyes on eventually producing SAF from methanol under a process that would start with crude oil. To reduce greenhouse gas emissions, carbon from the Houston production process could be captured and piped underneath the Gulf of Mexico.

“You’ve really got the incentive base now (with the IRA provisions) to go string together completely new pathways” to produce clean fuels, said Gebolys.

Other companies are looking to produce SAF from a more conventional biofuel – ethanol. Those companies include LanzaJet and GEVO Inc.

Some analysts question whether ethanol can qualify as a feedstock for SAF. The new $1.25-per-gallon tax specifically requires feedstocks to reduce greenhouse gas emissions by at least 50% compared to fossil fuels. That requirement "likely shuts the door” on using most sources of corn ethanol for making jet fuel, said Pavlenko of the International Council on Clean Transportation. 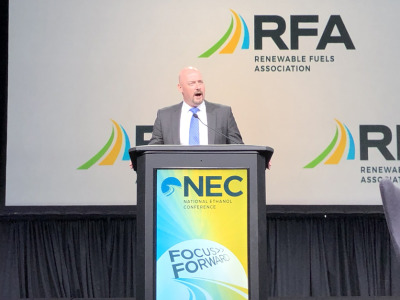 LanzaJet CEO Jimmy Samartzis called the passage of IRA “a leap forward in advancing energy security, economic development, and climate action” and said the law’s financial incentives would help his company produce a billion gallons of SAF annually by 2030.

Geoff Cooper, president and CEO of the Renewable Fuels Association, said he believes SAF made from ethanol could qualify for the new tax incentives.

He believes the ethanol industry can get well under the 50% carbon intensity limit with improved farming practices and use of renewable power and carbon sequestration. The use of cover crops, for example, could reduce the carbon footprint of the corn grown on that land.

“We are quite confident a large share of our industry, certainly by 2025, will be eligible for” the clean fuel credit, he said.

GEVO is leading a pilot project that was recently awarded $30 million by USDA to test market incentives for farmers to produce corn with lower carbon intensity scores. The project will use blockchain technology to track the carbon impact of the corn through the production process.

The project was one of 70 that will get up to $2.8 billion in USDA funding to accelerate the development of commodities that can be marketed as low carbon.

Whistance, the University of Missouri economist, says the near-term prospects for ethanol as a SAF feedstock could depend on how EPA decides to score the carbon intensity.

LanzaJet’s SAF process relies on using waste industrial ethanol or undenatured fuel ethanol, and it remains to be seen whether EPA will count the greenhouse gas emissions that went into producing that ethanol, he said. EPA could consider those sources of ethanol as waste products that have a lower carbon intensity, he said.