As water board fees escalate, solutions hit an impasse

Hopes dimmed last week for any options to ease a decade-long trend in rising compliance costs, with farmers seeing yet another bump in water quality fees. Lawmakers shied away from dedicating any state dollars to fund a portion of the public benefits that result from the regulatory programs, sending a coalition of agricultural groups back to the drawing table.

“One thing has become crystal clear,” said Emily Rooney, president of the Agricultural Council of California, during a hearing last week on proposed new fees for the State Water Resources Control Board. “There's no immediate solution to this problem.”

Aside from the new rates approved Thursday, some fees were already 130% above levels in place a decade ago, according to an estimate last year from the Western Agricultural Processors Association (WAPA). Farm groups and local water districts have long complained that these rate increases far surpass those of any other regulatory agency for this sector and that the water board could learn a few lessons from CDFA and the Air Resources Board with streamlining costs.

The Agricultural Council has led a coalition seeking to direct some of the state’s record budget surplus over the past two years towards shoring up the board’s finances, enabling it to lean less on stakeholders to drive revenues.

In the wake of the Great Recession, the board, like many agencies at the time, turned to a fee-based system to keep critical regulatory programs afloat. Yet the agency has steadily grown in the years since, as lawmakers expand the agency’s scope with more regulatory programs that require more staff positions to implement, and often without additional taxpayer funding. 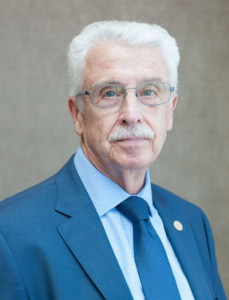 The coalition reached out to lawmakers earlier this year to request $150 million from the general taxpayer fund spread across three years to cover basin planning, groundwater assessment and beach monitoring, since those programs fall outside of agricultural activities. They requested another $25 million for building up a 10% rainy-day reserve in the board’s savings account. Farmers would still pay fees to support specific agricultural programs under the proposal.

The Agricultural Council acknowledged the request was a heavy lift for the Democratic leaders overseeing the state budget. That reality took hold in the final week of session, when a series of sweeping budget trailer bills introduced just three days prior to passage lacked any funding to back the coalition request.

“We will be back at it,” pledged Rooney. “We are now going to be ahead of the game, ahead of the budget process.”

Yet the tidal wave of state spending over the past two years appears to be receding, as tax revenues wane and economists raise alarms of an impending recession.

The coalition has worked with board staff to “turn this rock every single way we can” to find other options for relief, according to Rooney. Any potential pilot projects for streamlining the programs to reduce expenses would take years to get off the ground and even more to assess the results and collaborate across the many parties involved to improve the outcomes.

Rooney and several others pointed out how agriculture is already under tremendous pressure from the drought, inflation and the implementation of the Sustainable Groundwater Management Act (SGMA), and farmers need immediate relief.

Dairy farmers have additional challenges, with the price of hay nearly doubling over the past two years, according to J.P. Cativiela, who directs regulatory affairs at Dairy Cares. Cattle also rely on almond hulls for feed, upcycling a biproduct otherwise considered agricultural waste. But the price has shot up from around $93 per ton in 2020 to as much as $300 a ton today, according to Cativiela.

“I don't have a solution for your dilemma,” he told the board members. “But approaches are within the board's discretion.”

Some programs drew more fee revenue in the last budget cycle than they spent, which would suggest a reduction in fees. But staff are looking to build a 5% reserve and meet projected expenditures for the coming year by increasing fees for ag lands, confined animals and waste discharge by about 4%. Water rights fees are increasing 7%, and, to coincide with the state budget passed in June, all fees took effect as soon as the board approved the regulation.

Cativiela asked if this should be the year to build the reserve and if the board could instead allow farmers a chance to recover—echoing requests from agriculture last year amid the deepening drought. Staff wages and benefits will also continue to drive up program costs 4% for at least the next three years as well.

A 4% change may appear minimal compared to the 17% increases the board approved last year, but after six rounds of raising fees in a decade, the difference adds up to thousands of dollars for each farmer, according to Chris McGlothlin, who directs technical services at WAPA.

Others had stronger criticism targeted at the reserve. Debbie Webster, executive officer at the Central Valley Clean Water Association, labeled it a slush fund for operational expenses, since it was unclear how staff had used the reserve money last year. A lawyer for the Imperial Irrigation District argued the state water code does not mention a reserve but says the state should make up for any revenue shortfall by increasing fees the following year.

Bob Gore, a policy advocate for the Gualco Group representing local water districts as well as winegrape growers, has often complained when fees cover basic administrative expenses like IT services, though he and agricultural groups supported building up the reserve. Early in the pandemic, the board dipped into the reserve to soften the fees amid economic uncertainty for agriculture and other industries.

Gore has lamented that the Legislature approves measures with little regard for the costs to fee payers.

“Bills are simply passed with a pro forma shrug—that the fee payers will pay for this,” he said during an August workshop with board staff. “That can no longer continue to be the case.”

He and the agriculture coalition hope to work with staff this fall on solutions that could maintain or even reduce fees while improving the return on investment with those program services, such as establishing help desks for resolving issues for permittees. They will look for specific activities to target for potential taxpayer funding and investigate alternatives like incentives grants and partnerships with CARB, CDFA and the Department of Water Resources.

He also hoped to establish consistency across regional boards for the agricultural irrigated lands program and for the water board schedule a public hearing to specifically cover that program’s costs.

“We need continuous evaluation and alignment of program revenue and expenses,” said Gore last week. “We can do some discussions about the next couple of years and where we're headed, like any organization.”

With the drought, farmers have fallowed more than 500,000 acres this year in California, and Gore worried that would lead to a jump in fees for those ratepayers still in business, setting a precedent for perhaps twice as many acres to fall out of production with SGMA.

Board chair Joaquin Esquivel was receptive to the concerns and eager to work with stakeholders on solutions.

“There are a lot of challenges in so many of our communities and in the ag sector, especially given the real impacts on drought to the bottom line of so many small farms,” said Esquivel. “I know there's a desire to better understand this balance of how we how we accomplish what we're doing. But the board needs to be able to recoup its fees. We’re pushed into this position.”