The Environmental Protection Agency is set to advance a proposal laying out biofuel usage mandates for the next few years and likely creating credits for biogas-produced electricity.

A source with knowledge of EPA’s plans say the proposed “set” rule will move to the Office of Management and Budget for review any day and will cover 2023, 2024 and possibly 2025. EPA is required under a consent decree to release the proposal by Nov. 16.

Why it matters: Next year will be the first year that there aren’t usage targets stated in law. EPA Administrator Michael Regan suggested last month that the proposal would provide some room for growth in biofuel usage: “I believe that what we’re proposing will continue the progress that we’ve made up until this point,” he said.

The rule is expected to include a new program for e-RINs, credits that would be available for biogas that’s used to produce renewable power for transportation. The National Milk Producers Federation is among the groups supporting the e-RIN plan.

Take note: Some Democratic senators, including Senate Ag Committee members Cory Booker of New Jersey and Kirsten Gillibrand of New York, have been trying to head off the e-RIN program, describing it as a “subsidy for dirty electricity from factory farming.”

Opposition gathers to US probe on Mexican fruit and vegetables

Some major U.S. farm groups are sounding the alarm over a Florida petition for an investigation into allegations that subsidized Mexican fruit and vegetables are harming U.S. farmers.

The investigation that Florida Republican Sen. Marco Rubio and Democratic Rep. Al Lawson are demanding “would undermine our relationship with one of our largest agricultural trading partners and create a substantial risk of retaliatory actions, jeopardizing this critical market for U.S. agricultural exports,” groups such as the National Pork Producers Council and American Soybean Association say in a letter to U.S. Trade Representative Katherine Tai.

“This will harm – not help – American farmers.”

But, but, but: The Florida Farm Bureau, Florida Fruit & Vegetable Association, and Florida Strawberry Growers Association are adamant that the investigation take place because of threats to their members’ livelihoods from imports.

Animal welfare has improved in the European Union due to the implementation of several directives issued between 1998 and 2009, but more needs to be done, according to a review prepared to inform new legislation expected next year.

The “fitness check” is part of the EU’s revision of the legislation announced in 2020 as part of the Farm to Fork strategy that also seeks to significantly reduce fertilizer and pesticide use.

The review shows existing laws have led to “higher meat quality and enhanced ecosystem services, and has contributed to a lower use of antibiotics.” But gaps remain, including a lack of specific welfare requirements for certain animals, such as dairy cows or cats and dogs, according to the European Commission, the EU’s governing arm.

The review notes statistics are difficult to report because of a “lack of commonly agreed indicators to measure improvements of welfare.” In addition, “business operators, in particular farmers, often consider the market return on their costs of compliance to be insufficient.”

Western Republicans are calling on Interior Secretary Deb Haaland to respond to an alternative they are offering to President Biden’s plan to conserve 30% of U.S. land by 2030.

The lawmakers also say the Biden administration hasn’t provided them with “concrete details” for Biden's 30-by-30 plan. 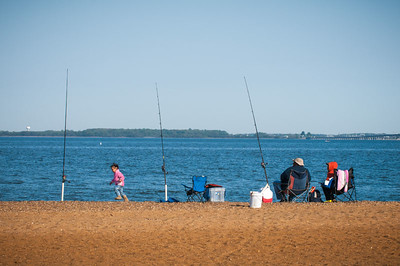 Report: Farmers need to do more in Chesapeake Bay states

Despite progress in reducing nitrogen, phosphorus and sediment flowing into the Chesapeake Bay, much more has to be done to achieve 2025 pollution reduction targets, the latest assessment from the Chesapeake Bay Foundation says.

Pennsylvania, in particular, “remains significantly behind” in cutting nitrogen runoff from farms, CBF says. A recently created Agricultural Conservation Assistance Program will provide $154 million in technical and financial assistance for the state’s farms, but “this funding is finite and falls short of what is needed,” CBF says.

Pennsylvania is counting on agriculture to achieve 90% of the remaining nitrogen pollution reductions to reach its 2025 goal.

Big picture: Since 2009, a broad-based effort involving multiple levels of government and nonprofit partners “has put practices in place to reduce the nitrogen pollution flowing into the Bay each year by 30 million pounds,” about 42% of the necessary reduction, CBF says.

Ukraine exported 2 million metric tons of wheat in September, more than double the 800,000 tons it shipped in August, according to the Ukrainian Agriculture Ministry.

Exports are surging largely because the Black Sea Grain Initiative opened up trade from three Odesa ports, but Ukrainian exports are still lower than before the war. The ministry says September wheat exports were 57% less than the same month last year.

He said it. "It is our nation’s best option here-and-now to decarbonize heavy-duty transportation.” - Donnell Rehagen, CEO of Clean Fuels Alliance America, on biodiesel and new state biofuel subsidies enacted in Missouri.