Atrazine comments critical of EPA proposal to reduce use

The Environmental Protection Agency has a lot of feedback to sift through — most of it critical — following the end of its comment period Friday on proposed measures designed to reduce the chances of atrazine harming aquatic life.

Atrazine is one of the most widely used herbicides in the U.S., used to control broadleaf and grassy weeds in a variety of agriculture crops, such as field corn, sweet corn, sorghum, and sugarcane. Atrazine is also used on turf, in nurseries and other settings.

In June, the agency proposed a series of mitigation measures, which it separated into “picklists” for field corn, sweet corn and sorghum growers in watersheds with atrazine levels estimated to be above 3.4 parts per billion. The agency also proposed limits on annual application rates of 2 pounds per acre.

Limits on sugarcane would be 4 pounds per acre annually in Florida and Texas, and 8 pounds in Louisiana.

Many who commented, including the Weed Science Society of America, said the reductions would increase herbicide resistance in weeds. EPA itself acknowledged in its proposed revisions to the application requirements in June that rate reductions would “complicate herbicide resistance management by potentially increasing selection pressure for atrazine-resistant weeds and making atrazine less effective as a tool to control weeds that are resistant to other herbicides.”

The society also said it is “committed to cooperating with EPA to address the concern of off-field atrazine movement, and identifying practical but effective practices that are sustainable, economical, and achievable for the many growers who utilize atrazine around the country.” WSSA said its “ultimate objective is to develop a cooperative long-term strategy between the EPA and the WSSA facilitating more accurate regulatory and on-farm decisions based on a robust scientific data set.”

Criticism of the picklists was not confined to atrazine supporters, The Center for Biological Diversity said the proposed mitigation plan “is complicated and will likely be plagued by lack of compliance. And it’s rendered even more ineffective by the sheer toxicity and persistence of atrazine. You simply cannot mitigate a pesticide that is destructive in the very low parts-per-billion concentrations and persists in the environment for a decade or longer.”

Perhaps the most scathing comments were submitted by University of Illinois weed scientist Aaron Hager, who questioned most aspects of the proposed revisions. 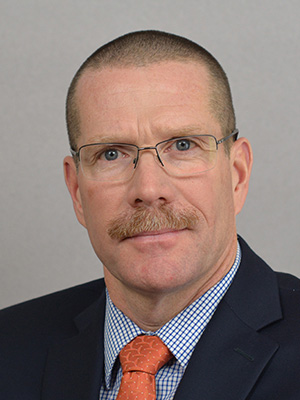 In the Midwest, where farmers typically rotate corn and soybeans annually, requiring modifications to fields, including the installation of grassed waterways, vegetative filters and contour buffer strips “will potentially impact millions more acres than the agency asserts," Hager said.

EPA’s assertion that “growers may be able to achieve effective control with lower atrazine rates using banded applications, tank mixes, or reduced number of applications" is "absolute nonsense and carries no scientific credibility,” Hager said. “These types of nonsensical comments only diminish the already damaged credibility of the agency.”

Citing EPA’s revisions document, he said, “Some corn growers won’t need to adopt any of the picklist measures. Others will only need to abstain from pre-emergence applications, incorporate atrazine into the soil, or adopt either reduced or no-till practices. None of these are new or onerous.”

Hager said, however, that “precluding preemergence use of atrazine will eliminate a practice documented to slow the evolution of weed resistance to herbicides.”

Atrazine manufacturer and registrant Syngenta said the range of picklist practices may be extremely limited for some growers. Contour buffer strips, contour farming, and terrace farming “apply only to sloped fields,” cover crops “are not consistent with many cropping systems, and ‘irrigation water management’ does not apply to fields without irrigation systems,” the company said, pointing out only 17% of corn production is irrigated.

A central issue throughout the comments is the 3.4 parts per billion “concentration equivalent-level of concern,” or CE-LOC, which EPA calls “the atrazine concentration level that triggers required monitoring and/or mitigation to protect aquatic plant communities.”

The agency’s 2020 interim decision adopted a much higher CE-LOC, 15 ppb, citing “inherent uncertainty related to the data, assumptions, and interpretations” used to reach the lower number. EPA said there were “also sources of uncertainty inherent in the models used to calculate the CE-LOC.” With that in mind, the agency said “the resulting CE-LOC ranges from 1.9 to 26 [ppb] with a median of 8.5 [ppb].”

But in issuing the revisions document in June, EPA said the shift to 15 parts per billion “was not determined based on an analytical assessment, instead it was a risk management policy decision made by the prior administration based on balancing risks and benefits. There are no models, calculations, or statistics that produced the value of 15 [ppb] selected as the regulatory level.”

Shortly after the proposed changes were published, EPA said it “intends to seek external peer review of the risks to aquatic plant communities, which is the scientific basis that underlies this proposed risk management strategy” and consider that review in its final interim decision.

Syngenta said EPA’s scientific review should encompass “every aspect of the proposed revisions,” including “the selection of mitigation picklist measures and the assessment of their effectiveness and feasibility, and the determination of the number and type of mitigation requirements imposed based on predicted atrazine concentrations, use rates, and soil and site characteristics.”

The Triazine Network, a coalition of grower groups and individual farmers, called the picklist “flawed” and said it “would not need to be addressed if EPA were to adhere to the published 15 ppb aquatic CE-LOC.” Furthermore, the network said some options “would take large amounts of farmland out of production,” cause “the loss of pre-emergent application,” and includes a choice that “would end no-till practices on farms.”

EPA told the Triazine Network in a June 2 letter even before it issued the proposed changes, the higher level was a “policy decision” by the previous administration and that in reality, the “scientific determination” remained at 3.4 parts per billion.

The network disputed that characterization in a letter to EPA and in a technical report attached to its comments, which said that contrary to EPA’s assertion that “no new data or information that would change the LOC analyses has been submitted to the EPA since 2016 … there have, in fact, been three comprehensive evaluations of the LOC database and methodology that have been published in the scientific literature since 2016,” and each of those supports a 60-day LOC of 20 ppb or higher.

Syngenta said the three reviews “in each case … identified significant scientific issues with EPA’s approach, including fundamental flaws and weakness in certain studies relied on by EPA.”

The Center for Food Safety, an advocacy group, said the move to a 15-ppb level is “a politically motivated decision aimed at permitting continued unrestrained use of this toxic herbicide. Instead of analysis, Trump’s EPA rested its case for raising the CELOC …  on vague speculations regarding the potential for aquatic plant communities to recover from the adverse effects of atrazine exposure.”

Another big issue in the comments was climate change, with farm groups, manufacturers and state agencies claiming that the sharp reduction, or elimination, of atrazine would prevent farmers from using no-till practices.

Limiting atrazine rates will make growers’ jobs more complicated and expensive and cause “a significant number of farm acres to be taken out of no-till farming practices,” the Triazine Network said. “EPA’s actions will also result in carbon release, loss of soil moisture, loss of soil quality, soil compaction, and increased fuel use due to additional trips across the field.”

But the Center for Biological Diversity said claims about the climate benefits of atrazine are erroneous. Looking at the entire life cycle of the chemical, “Atrazine is a carbon bomb, and any attempt to paint it as a climate solution is easily discredited by including the climate impacts of producing, distributing and applying atrazine,” the group said.

The Center for Food Safety criticized the claim of tillage reduction benefits. “Any erosion-reducing impact of herbicide-intensive [herbicide-resistant] crop systems — which dominate corn, soybean and cotton production — would have been reflected in substantial reductions in soil erosion, which simply has not taken place,” CFS said.