Objections raised to EPA proposal to protect use of Bt traits

An EPA proposal to gradually reduce the use of some Bt corn and cotton products in order to combat pest resistance is getting pushback from grower groups and has the crop protection industry concerned about losing products they still consider effective.

EPA is considering a three-year phasedown to an unspecified “minimal acreage cap” of single trait corn products controlling Lepidopteran pests such as fall armyworm, corn earworm and western bean cutworm. It also is looking at a five-year phaseout of compromised — EPA calls them “non-functional” — corn and cotton products with multiple, or pyramided, traits.

The common characteristic of the pyramided products targeted for phaseout is they do not contain the Vip3A protein, which, as the Center for Science in the Public Interest said in its comments, has “no known resistant insect populations to date” and whose efficacy the proposal seeks to retain.

The agency’s proposal also would increase the amount of non-Bt corn seeds in blends for “refuges” designed to slow resistance by allowing nonresistant insects to mate with resistant insects.

“A refuge is an area of non-Bt corn that has been planted to produce susceptible insects that can mate with any resistant insects that emerge from the Bt crop,” the University of Nebraska-Lincoln notes. 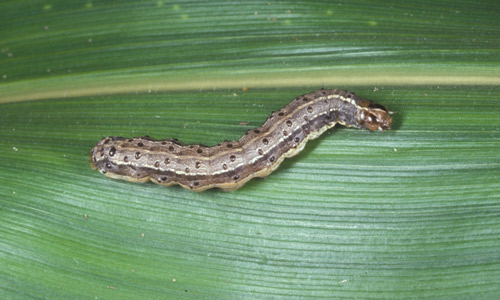 In comments submitted this month on an EPA proposal released in September, commodity groups, crop consultants, and USDA, among others, supported the phaseout of single-trait products but disputed the need to phase out the pyramided traits.

“Single-trait products are used on relatively few acres so this phaseout would not have major impacts on hybrid availability for corn growers,” said the National Corn Growers Association.

But NCGA said it does not support EPA’s proposed phaseout of the pyramided products. “First, this will limit corn products in the South to only those products containing the Vip3A trait. Restricting grower choice to only these products will increase the use of Vip3A products and, therefore, risk of resistance development to this critical product.”

In addition, NCGA said EPA had failed “to consider the effectiveness of these pyramids against pests such as European Corn Borer. We do not want to limit grower access to products that remain effective against other concerning pests,” NCGA said.

Syngenta, whose Agrisure Viptera contains Vip3A, agreed that while “single Bt products pose an increased risk of resistance,” pyramids “continue to be effective for Lepidopteran pests other than corn earworm.

“Eliminating these pyramids would take effective products off the market and limit grower options to control other corn pests” such as European corn borer, Southwestern corn borer and tobacco budworm, the firm noted.

In its comments, USDA also “strongly” opposed that part of the proposal. “While there is evidence that Cry-protein traits included in this group of pyramid traits have exhibited resistance concerns for non-high-dose pest species, we believe that the classification of ‘non-functional’ is highly dependent on the region and target pest of concern,” USDA said.

“There are areas where one or more of these pyramids still have good efficacy against non-high dose pests, and against high-dose pests such as corn borers,” USDA said. Some of the pyramid combinations were only approved recently and include traits that target below ground pests such as corn rootworm, the agency said, adding that “phasing down everything on EPA’s proposed list seems too indiscriminate, relative to the specific goals of this overall proposal.”

On the proposal to increase refuge seed blends from 5% to 10% in corn-growing regions, USDA “believes that most growers in the Corn Belt, where corn earworm does not overwinter and is not generally a pest of economic concern, could be negatively impacted by drastic changes to [resistance management] protocols that are currently working for them.”

NCGA said the proposed increase, “without first thoroughly evaluating the impacts on all target pests and the potential benefits or impairments to resistance management, is far too great a risk to corn growers.”

However, CSPI said “while the EPA option to increase all corn [refuge in a bag] products to have 10% refuge seeds does not solve all the concerns with resistance developing when farmers use those products, a 10% refuge product will improve resistance management compared to 5%.” 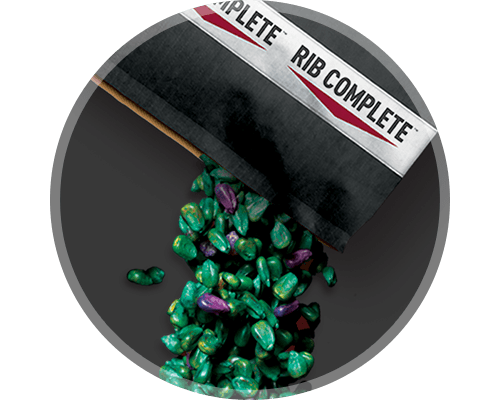 A corn and soybean farmer from the Forsyth, Ill., area, told EPA that increasing the blended refuge seeds percentage is not even a “half measure” and “has absolutely zero chance of limiting the number of resistant insect populations in any given acre. It also would be in direct contrast to the proposal of phasing out 'non-functional pyramid or single trait seeds.' The only thing this would achieve is lowering revenue potential to producers.”

The National Cotton Council questioned EPA’s legal authority to impose penalties on Southern corn growers who do not comply with a requirement to continue to plant separate 20% block refuges, compliance with which has been sorely lacking. Corn and cotton share a common pest; the corn earworm (H. zea) is also known as the cotton bollworm. "Most Bt toxins expressed in corn are also expressed in cotton," an EPA Science Advisory Panel noted in 2018. "The presence of the same Bt traits in corn and cotton exerts a continuous selection pressure on the multiple generations of H. zea per year in the southern U.S. and presents a resistance concern."

EPA’s proposal includes “mandatory registrant on-farm refuge compliance visits, measures for non-compliant growers, [and] increased seed dealer recordkeeping.” For example, for farmers out of compliance for one year, the registrant would withhold all the company’s Bt corn products for two years.

NCC, however, said that would “force registrants to act as points of enforcement; impose penalties that FIFRA does not authorize, and identify cancellation of registrations” not consistent with the Federal Insecticide, Fungicide, and Rodenticide Act.

Beyond Pesticides said it supported the proposed option for phasing out single trait and non-functional pyramids, but was opposed to increasing the size of refuge blocks or RIB percentages, saying that would lead to increased pesticide use.

“Instead, we would encourage incorporating biological control procedures into best management practices (BMPs) and integrated and organic management strategies for mitigating lepidopteran resistance in Bt crops,” the group said.

“We believe that the general resistance monitoring process proposed by EPA lists pests that should not be included in an [insect resistance management] framework, is erroneously based on the assumption that unexpected pest injury is definitive evidence of practical resistance, and does not provide registrants with reasonable or timely processes to evaluate or refute the classification of practical resistance or required mitigation actions,” said the Agricultural Biotechnology Stewardship Technical Committee, which is made up of BASF, Bayer CropScience, Corteva Agriscience, and Syngenta.