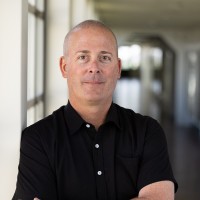 Tanimura and Antle has promoted Anthony Mazzuca to vice president of sales strategy and Steve Souza to director of product management. Mazzuca has worked for the company for 19 years and previously worked as the senior director of sales strategy. Souza has been with the company for 17 years and previously was the product manager.

Angie Thomas has been brought on to the National Mango Board as a retail consultant serving West Coast markets. Bringing over 15 years of experience, Thomas previously worked at Oppy as a national brand activation manager. Before that, she was the director of category development at Category Partners, overseeing Walmart's potato and onion categories.

Ryan Findlay has joined Rabo AgriFinance as the new regional lead of business development for carbon banking. For the past two years, Findlay ran his own consulting business called Theory of Green Consulting. He also most recently served as the North American corporate development manager and carbon lead for Farmers Edge. Before that, he was the CEO of the American Soybean Association.

The Biotechnology Innovation Organization has announced Rachel King will serve as the organization’s interim president and CEO. Her appointment comes after Michelle McMurry-Heath stepped down as president and CEO. According to a BIO press release, McMurry-Heath will serve as an adviser to the executive committee of the BIO board of directors. Reports of a clash between McMurry-Heath and other BIO leaders emerged over the weekend. King is the co-founder and former CEO of GlycoMimetics. She also previously chaired the 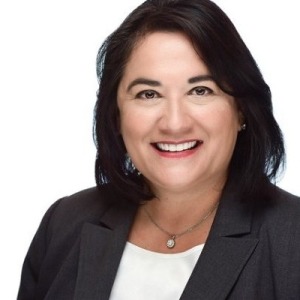 Andy Berke has been appointed as the administrator of USDA's Rural Utilities Service. Most recently, Berke served as a special representative for broadband at the National Telecommunications and Information Administration in the Department of Commerce. Before that, Berke served as mayor of Chattanooga from 2013 to 2021.

Kate Fitzgerald has joined USDA's Agricultural Marketing Service as branch chief. Fitzgerald, who was brought on to help launch the new Regional Food Business Centers, has previous experience working for the National Sustainable Agriculture Coalition and the Texas Department of Agriculture.

J.R. Simplot has announced plans to merge its food group with Simplot Australia to form Global Foods, a new business unit. Graham Dugdale has been tapped to lead the unit as the new president. He previously led Simplot Australia.

John Duff has launched his own consulting firm, Serō Ag Strategies. For the past seven years, Duff has worked for the National Sorghum Producers, most recently as the executive vice president. Before NSP, Duff was the renewables program director at the United Sorghum Checkoff.

Ron O’Brien has joined Nui Markets as the new president of Nui North America. O’Brien brings over 20 years of experience to the position previously working at Interfood as the global derivatives director and vice president.

Sara Arsenault has left the California Farm Bureau where she served as the director of federal policy. She previously worked for the National Association of State Departments of Agriculture as a public policy manager. 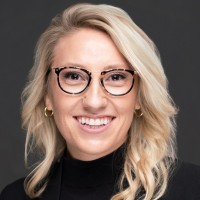 Craig Meeker of Kansas has been elected as the new chairman of the National Sorghum Producers board of directors, succeeding Kody Carson of Texas. Selected to serve as vice chair is Amy France of Kansas. Newly elected to the board are Garrett Love from Kansas and Kent Martin from Oklahoma. Larry Richardson of Texas was re-elected to the board.

Rachael Oury has left the Global Cold Chain Alliance where she was the senior manager of industry promotion. She now serves as the communications manager of S-3 Group. She has also held roles with the Department of Energy and the Centers for Disease Control and Prevention.

Michael Riedel has retired from USDA’s Foreign Agricultural Service where he was a foreign service officer. During his time at USDA, he served as an agricultural attaché in India, Iraq, Vietnam, China, and Peru.

Monty Robison, a produce industry veteran, died unexpectedly on October 2 at the age of 58. Robison most recently served as the commodity manager for domestic tree fruit and west coast imports for Dayka and Hackett. He also worked at American Stores, now part of Albertsons, as a produce buyer.